Governments can only deliver lasting security by implementing their human rights obligations. That means using proportionate security measures that actually work, and tackling the root causes, instead of the symptoms, of radicalisation.

Mass surveillance and ethnic profiling are techniques used in a number of EU countries. Although they might seem superficially appealing, in practice they are likely to be endangering public safety. The report argues that alternative counter-terrorism policies that comply with human rights standards are actually more effective at delivering security.

- Mass surveillance is killing democracy, because democracy can’t work without privacy. Over fifty years of research proves how humans conform to majority opinions and rules when we are in public or think we are being observed. Privacy gives us the freedom to create, think, debate and share information and ideas without fear of judgment. This allows societies to evolve and progress by changing the rules and concepts we live by, for example, protecting the environment or the sharing economy. Privacy also allows journalists, activists and politicians to hold our leaders to account because these people often rely on sources of information who are unwilling to come forward if they can be identified and punished.

- The general population now tends to see the internet as a ‘public’ space where we cannot enjoy privacy. Recent research on internet usage confirms that significant proportions of journalists are self-censoring and portions of the public no longer feel free to use the internet to read about or communicate on issues that they fear might provoke disagreement. Mass surveillance is an obstacle to properly functioning democracy. Despite costing society such a high price, mass surveillance has failed to give us anything in return. All available evidence shows that it has never been useful in preventing a terrorist attack or identifying attackers.

- In the vast majority of reported terrorist attacks, the perpetrators were either already known to security services or had previously come into contact with the authorities because of criminal activities or mental health problems.

-When security services have failed to prevent an attack this is frequently because they have not had the resources to keep the perpetrator under surveillance or because information from other government bodies or foreign governments has been ignored.

- The most useful sources of intelligence in combating terrorism tend to be the communities, families and acquaintances of perpetrators. The public remains the most important source of information for security services. Large-scale operations involving ethnic profiling in the USA, Germany and France have not led to anyone being prosecuted for terrorist offences. Research on the use of ethnic profiling for criminal offences shows that it leads to fewer offenders being caught.

- Ethnic profiling makes the public more vulnerable: it creates a blind spot for security services because terrorist organisations simply recruit attackers of different ethnicities. Violent extremists come from a wide range of nationalities and ethnicities, including white (western) converts. Ethnic profiling also creates resentment among innocent members of the targeted community. That means these communities become less likely to volunteer information to the police. Being profiled also makes innocent victims feel marginalised and discriminated against, which contributes towards the root causes of radicalisation.

- Governments combating radicalisation into violent extremism have focused on the very final stages of the process of radicalisation. Governments have decided to ignore the root causes, such as social and economic inequality and discrimination at home and collaboration on human rights abuses with repressive regimes abroad.


The report recommends that governments should:

February 19, 2020 • by LibertiesEU
​We all want the freedom to go about our daily lives without being spied on. 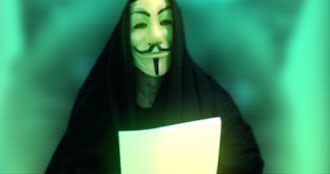 February 19, 2020 • by LibertiesEU
Privacy is a fundamental right that belongs to each and every one of us. Governments aren’t allowed to violate it whenever it pleases them. If the authorities want to spy on someone, they should need to get permission to do so.