In the preliminary UN CEDAW meeting held in Geneva this March, the Equal Opportunities Ombudsperson’s Office presented a supplementary report on the rights of women in Lithuania, including an overview of the issues missing in the official report submitted by the state.

The Office drew the Committee's attention to two fundamental issues: the need to improve the way national institutions approach gender equality and the need to step up the fight against various forms of gender-based violence.

The report states that the 2015-2021 National Equal Opportunities Program, together with its Action Plan are unclear, with little effort having been made to address the objectives.

The Office emphasised that gender-based violence continues to be a widespread problem in Lithuania. When it comes to female victims of violence, both professionals providing assistance, including doctors and the police, as well as the public at large, still engage in victim blaming.

Statistically speaking, victims of different forms of violence (especially psychological, economic and sexual violence) only make up a few percent of the whole each year. But this only reveals the apathy inherent in the system and the inability of professionals to identify and prevent violence of this sort.

Finally, the Ombudsperson's Office noted that Lithuania is still stalling on ratifying the Council of Europe Convention on preventing and combating violence against women and domestic violence, even though it would go a long way towards addressing these problems. The document was passed to Parliament for ratification by President Dalia Grybauskaitė last year, but no hearings have been held as of yet.

You can read the report in full here. 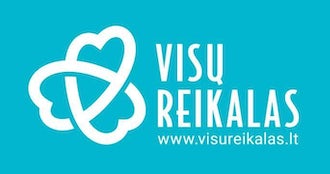 June 26, 2019 • by Human Rights Monitoring Institute
The website VisuReikalas.lt (“Everyone’s Business”), which provides information on domestic violence, has been nominated for the international Emerging Europe awards. It was nominated for the Equality-Friendly Initiative of the Year together with ten o... 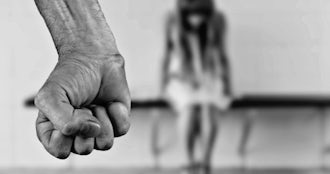