The adoption of the act means that a new provison has been included in the Hungarian Penal Code that penalizes the facilitation of illegal immigration.

Orbán ignores the request of experts

According to the legislation, anyone "supporting the initiation of an asylum procedure for a person who does not meet the requirements to be granted the status of political refugee in his or her native country, the country of residence, or any other country through which he or she has arrived," or "providing help in acquiring a residence permit for a person who has entered Hungary illegally or stays there unlawfully" is committing a crime.

Although it was explicitly asked to do so, the Hungarian government has not waited for the resolution of the Venice Commission. Already at the beginning of this week, Hungarian Prime Minister Viktor Orbán, in response to a question asked by a journalist concerning the request of the Venice Commission, said that because of its sufficient parliamentary majority, the government does not feel the need to wait for the resolution.

Activists determined to continue their work

"Since 2010 the Hungarian government has been working on avoiding any consequences of infringements committed by the state. The act that has been adopted just now serves the same purpose: not to have anybody reporting incidental abuses, not to have anyone to inform foreigners or asylum seekers already staying in Hungary about their rights - even though informing about rights is not the equivalent of calling for the circumvention of rules," commented Liberties member the Hungarian Civil Liberties Union (HCLU) on the adoption of the new act.

The HCLU also added that the organization is determined to use every means to ensure that activists and organizations providing humanitarian help and legal assistance, now threatened by prison, will be able to continue their work. 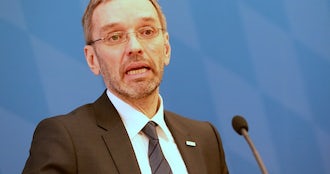 Austria: Asylum Seekers To Be Paid Only €1.50 an Hour

March 28, 2019 • by LibertiesEU
Austria’s Interior Minister, Herbert Kickl, of the anti-immigration Freedom Party (FPÖ), suggested on Wednesday that asylum seekers be paid a uniform hourly wage of €1.50 during the first three months after their asylum applications. He is being suppor... 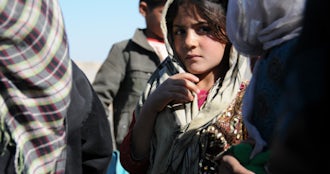 March 06, 2019 • by LibertiesEU
A public prosecutor in Greece has opened an investigation into allegations of systematic violence against asylum seekers at the Evros River. The river, which spans the land border between Greece and Turkey, is a well-known crossing point for asylum see...