Liberties has published a policy note analysing the changes to the Audiovisual Media Services Directive (AVMS Directive) that are reaching their final stages of negotiation between the European Parliament and national governments in the Council. Directives are used to create common minimum rules across the EU so that companies and individuals only have to comply with one single standard when they work in different EU countries, instead of 28 different standards from individual countries.

This particular piece of legislation sets out certain rules that companies and governments have to obey when providing and regulating television and similar services passing from one EU country to another. The AVMS Directive only creates rules about certain aspects of the media, such as advertisements, protection of children, promotion and distribution of European-made TV programmes, broadcasting of major events, like big football matches, accessibility for people with disabilities and hate speech.

Our paper points out a number of problems with the current reforms that are being debated. Certain proposals violate the right to freedom of expression, which the EU and its member countries are obliged to protect, according to the EU Charter of Fundamental Rights. Our paper also suggests how these problematic provisions could be altered to make sure governments and the EU comply with their legal obligations.

First, in the new version of the AVMS Directive that's being proposed, the EU decided to widen the scope of the Directive. This means that the Directive will not only cover television and internet-based television channels, but it will regulate video-sharing platforms as well, like YouTube.

Second, the new version of AVMS Directive requires at least 20% of television companies’ programming to be made up of European-made programmes. There is even a proposal to increase the figure to 30%.

The promotion of European cultures is an important task of the media, especially when programmes from other countries, particularly the USA, dominate television programming. However, even a 20% requirement puts a heavy burden on companies. The result is unlikely to be that big companies, such as Netflix or smaller on-demand services will actually produce European programmes themselves. Instead, these companies will satisfy the 20% requirement by simply uploading existing European works to their list of programmes. And because this isn't new original content, the public is unlikely to want to watch it. So in the end, the rule will not succeed in promoting European culture but it will place an extra financial burden on media companies. Such a requirement is only justifiable for channels run by the public service media. This is because it is part of the role of public service media to use public money to promote national and European cultures.


Third, the proposal puts internet companies, such as Facebook or Google in charge of deciding what people can say on the internet. This is because the new law will allow governments to fine these kinds of companies if they do not take down hate speech from their sites.

But it is left up to these companies to decide what amounts to hate speech. Liberties warns decision makers against this solution. The problem is that it can be hard to identify hate speech. Often people share controversial ideas that can shock or annoy parts of the public but these are important to democratic debate and do not amount to hate speech. Companies are very likely to be overly cautious in order to avoid the possibility of fines. This is because businesses tend to be guided by the desire to maximise profit rather than serve democracy by promoting a balanced public debate. For business, the protection of human rights is not of primary importance. Instead of putting these important decisions in the hands of companies, governments should allow existing legal procedures to do their job. That is, allow the courts to decide what kind of content should be taken down from websites. 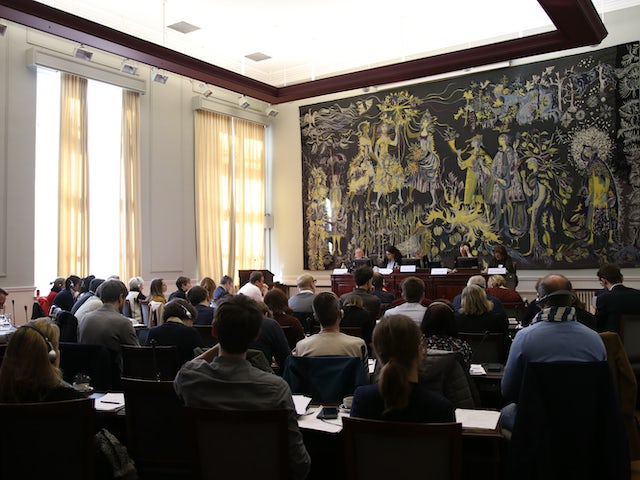 March 19, 2020 • by Camille Van Durme, Belgian League of Human Rights
Last week, the Belgium Monitoring Committee on counterterrorism policies (T Committee) released its annual report before the Senate, highlighting the fact that the fight against terrorism must not affect human rights.