The European Union may not be the perfect example of democracy, but it is indeed a democratic regime, and one that deserves our moral support.

Liberties believes that if we Europeans forget why exactly we want to live in a democracy, and what a democracy is all about, the EU can easily fall prey to populists. If we Europeans do not want to be mistreated by populist authoritarian political powers, we need to be able to convince our fellow citizens that certain political views just mask themselves as democratic, but they are in fact not. And we need arguments for that.

The #WeDecide series is meant to provide exactly these arguments. The first article explains why illiberal regimes are not to be called democracy, the second and third articles introduce arguments for supporting democratic regimes, the fourth shows how majority rule is not democracy, and the fifth argues that both representation and direct popular influence have their place in a well-functioning democracy. This article, the last of the series, discusses how the will of the people gets channelled into EU decision making.

Firstly, and most importantly, European citizens directly elect the members of the European Parliament (or EP for short) since 1979. The European Parliament exercises legislative and budgetary functions together with the Council. It is very important whom we send to sit in the EP, for on a wide range of issues, such as economic governance, immigration, environmental protection or transport, the two bodies have the same weight. In addition, the Parliament has major supervisory powers over other EU institutions. For example, it can dismiss the Commission, which needs to report regularly on the implementation of the budget. The Parliament appoints the President of the Commission, the European Ombudsman, the president of the European Central Bank – that is, heads of institutions that have major influence on the shared background conditions of our lives. And it can trigger the Article 7 procedure against member states that erode democracy and fail to uphold fundamental European Union values.

Secondly, there are a number of ways citizens can influence the work of the European Parliament. Citizens, for example, may petition the European Parliament. We can ask the Parliament to look into issues that affect us or complain about how an EU law is being applied. We may also ask for information on topics that interest us, or let the EP know about our concerns through the Citizens' Enquiries Unit. We can participate in letter sending campaigns directed to members of the European Parliaments organized by civil rights organisations (like Liberties), or just drop individual emails to our representatives.

Thirdly, we can participate in the European Commission’s work. Through the mechanism called European Citizens’ Initiative (ECI) we can directly call on the Commission to make a legislative proposal. In addition, we can ask the Commission to email us about newly-published roadmaps and open public consultations. Through public consultations, we can express our views on new EU initiatives or on existing policies and laws. Once the Commission has heard our views, decided on how to proceed, and finalised and submitted its legislative proposal to the European Parliament and the Council, we have another opportunity to give feedback. We can also give feedback on law that was already adopted by the EP and the Council but allows the Commission some power over the details.

Fourthly, we can ask the members of our national parliaments or our government to express a specific view in specific EU bodies or to put pressure on an EU body about a specific decision. This can be done through – again – letter sending campaigns, public consultation mechanisms, or by initiating national referenda.

Help us fight for your rights! Donate
Why is it important to know about these opportunities? How will this save us from falling prey to populist authoritarians? Some people criticize the EU and doubt its legitimacy because they believe that citizens have no influence on EU decision making. If you can tell them about these opportunities, they may become less sympathetic to forces that mask themselves as champions of democracy who fight against the undemocratic Brussels.

This is not to say, of course, that the European Union is the perfect example of democracy and could not be made any better. That would not be true. But it is indeed a democratic regime, a regime that deserves our moral support. And for this reason, we should work together on making it better by regularly informing the institutions about our will. And by casting a vote between 23-26 May on parties that stand for democracy.

We are interested in your thoughts. Will you show up for the European elections? How do you plan to participate in EU decision making? Why? Leave a comment under our Facebook post and discuss your thoughts with us and your fellow readers. And check out our #Vote4Values Elections Tracker. 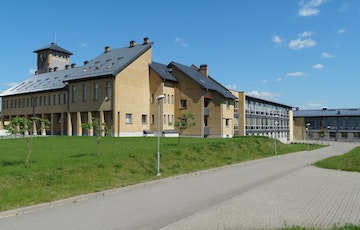 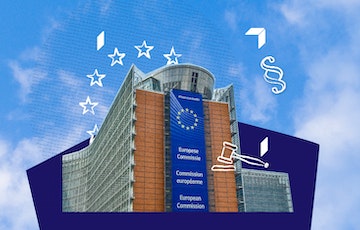