What do we mean by ‘anti-values’ and where do we get our data from? Here's the methodology behind our #Vote4Values election tracker.

All countries that want to join the EU have to prove that they have institutions like a free press, freely operating rights and democracy groups and independent courts. Governments also have to prove that they have laws in place that guarantee these basic values, such as a constitution that guarantees free speech and the right to equal treatment. These standards are listed as the common values that all European countries share and the values on which the EU is founded, in Article 2 of the Treaty on European Union.

When we refer to anti-values parties or political groups, we're talking about parties that have an agenda to or a practice of undermining the basic values of the rule of law, pluralistic democracy and/or fundamental rights. The rule of law refers to a situation where national courts are independent and free from the influence or control of politicians, where courts have the power to effectively and quickly protect civil liberties, and where politicians and public authorities are not rife with corruption.

Democratic pluralism refers to the existence of free and fair elections, as well as the existence of free and independent journalism and the ability of people to form associations and take part in peaceful protests. Fundamental rights refer to basic freedoms like the right to free speech, the right to protest, privacy, or equal treatment for minorities and historically marginalised groups.

How did we decide who is anti-values?

To decide whether a particular national party respects basic values, we have looked at whether the European Parliament has passed a resolution on the topic, targeting the government or leadership of a particular country. Such resolutions have been passed by the European Parliament in the current period (2014-19) about the leadership of: the Czech Republic, Hungary, Malta, Poland, Romania and Slovakia.

{{#hidden-1}} We have also looked at whether a particular political group is regarded by experts as having a position that is anti-basic values. As such, we have classed the ENF and EFDD groups as anti-values. These groups are classed by experts as 'nativist', 'radical right' and 'authoritarian' because they oppose pluralist democracy, the protection of minorities, equality and they support a 'law and order' approach to governance that requires the undue limitation of fundamental rights. See for example, here and here.

From mid-April it appears that the two far-right political groups, the ENF and the EFDD, will cease to exist. Matteo Salvini, whose Lega party was in the ENF, is now trying to form a new political group made up of far-right populist parties: the European Alliance for People and Nations (EAPN). This new group is still gathering members, but eventually it's likely to include most existing ENF members, some EFDD members and some parties that are in - or had said they would join - the ECR group. Because the EAPN is going to succeed the ENF and bring in similar-minded parties, we've continued to class the group as anti-values.

Italy's 5 Star Movement wants to create a new political group but doesn't yet have the minimum number of MEPs from the required minimum number of countries. It is currently part of the EFDD group and so is Nigel Farage's Brexit party. So, it looks like the EFDD is not going to remain in existence either. Because of this, we have bundled together the remnants of the EFDD, including the 5 Star Movement together with 'new' and 'non-inscrits' MEPs. We have not classed these 'new/non-inscrits/5 Star' as anti-values and it is not a political group as such. It contains parties that have not joined a political group (yet). Keep in mind, however, that this category of MEPs will contain parties likely to be considered 'anti-values'.

So to give you the full list of anti-values political groups and parties:

At certain points we refer to some other national parties that can probably be considered anti-values. These are Golden Dawn (from Greece), Jobbik (from Hungary), NPD (from Germany) and Vox (from Spain). These parties are treated by experts as 'radical' or 'extreme' right, meaning that they also tend to be 'nativist' and 'authoritarian'. See, for example here, here and here.{{/hidden-1}}

Where did we get our data and what about Brexit?

To figure out the current size of each of the political groups, and the number of members from anti-values parties in each, we have used the website of the European Parliament. To work out the predicted size of each political group after the elections we've used publicly available data from Politico's European Elections poll of polls - an aggregation of national polls that is updated regularly.

We have kept as our main focus what the European Parliament will look like once the UK leaves the EU. This is because even if the UK does elect MEPs, it is likely to leave the EU early in the life of the next parliament and then the number of MEPs will drop back down to 705. So the UK's participation in the elections is likely to only make a difference in the very short term.

There are 73 MEPs from the UK. Each country gets a certain number of MEPs allocated to it depending on the size of its population. The intention is that when the UK leaves, some of its 73 seats will be redistributed to other countries to account for increases in their population size in recent years.

Politico's European Elections poll of polls does not disaggregate MEPs from different national parties that may all join the same political group at EU level, some of which are and others are not affiliated with a national anti-values party. This is the case for Romanian members of the S&D group and the ALDE group, Polish members of ECR group and Czech members of ALDE group. In these cases, for lack of more detailed data, we have followed Politico's European Elections poll of polls for the 2019 elections in the awareness that these may include members of parties that do not, in fact, have an anti-values agenda. If you want to find out more about how the team at Politico's poll of polls assembled its polls, they explain their methodology on their website.{{/hidden-2}}

How do we know which national parties are going to join which political groups?

We are working on the assumption that the composition of the political groups will remain more or less the same as it is now. Where groups have announced already that they will welcome a new member then we've reflected this. This is because our tracker is based Politico's poll of polls data that incorporates such developments. Examples of such changes include the ECR group (which has welcomed a French party, Debout la France) and the ALDE group (which is expected to welcome Macron's La Republique En Marche). The tracker currently reflects the composition of political groups as presented by Politico's European Elections poll of polls data on 23rd April 2019.

{{#hidden-3}} Of course, it's possible that there will be new developments in different countries and loyalties might shift. For example, if the centre-right EPP were to form a coalition that included in the ECR, we might see the EPP's Polish MEPs walk out of that group. That's because the ECR group contains Poland's governing party, and the EPP group contains Poland's opposition party. The two parties are bitterly opposed to each other and it's unlikely that the two would want to work together at EU level.

Another thing that's difficult to know in advance is what new parties or 'non-inscrits'/'non-attached' MEPs might do. For example, if there were to be a Conservative-Anti-Values coalition, it's possible that some MEPs from parties that can probably be considered as anti-values might want to join them or join one of the political groups that are part of this coalition. Similarly, there may be new parties with anti-values agendas, like Spain's Vox, which will decide to join an existing political group after the elections. We've mentioned these issues where we think these possibilities are relevant. {{/hidden-3}} 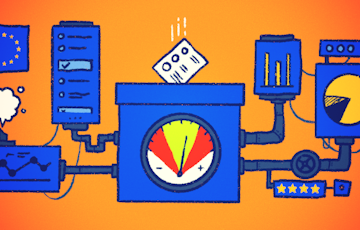 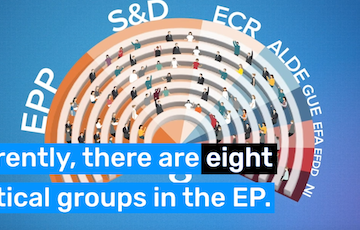 Vote4Values: The Political Groups of the EP 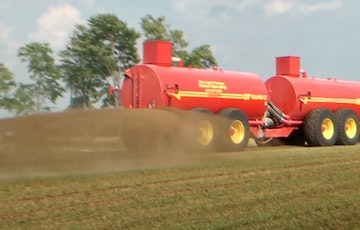