The Belgium League of Human Rights (LDH) and Liga voor mensenrechten (Liga) have just launched a crowdfunding campaign to support the creation of the Human Rights House in Brussels, where they will work together and promote rights and freedoms.

During the COVID-19 crisis, it is essential to continue to protect our fundamental rights. The Belgium League of Human Rights (LDH) and Liga voor mensenrechten (Liga) have decided to create a Human Rights House (la Maison des droits humains) in Brussels. This will be a place dedicated to promoting rights and freedoms. They have just launched a crowdfunding campaign in order to support the project.

Fore more than a century, LDH and Liga have been pursuing the same goal: to defend the human rights of all people in Belgium. Neither NGO sees human rights as an end in themselves, but rather as a tool to change social practices and achieve justice, freedom, equality and solidarity. This work is possible only if they stick to what they do best: thorough analyses, being credible and maintaining independence from all political parties and movements.

The current health crisis can remind us how essential this work is. These two Belgian NGOs work every day on many rights issues, including the tracing of citizens, police brutality, access to medical care, governmental special powers, the protection of migrants and vulnerable people and the defense of the cultural sector. “More than ever, fundamental rights must be used as a compass to guide us to make the right choices after this health crisis.” Olivia Venet, LDH’s President, explained.

Let us lay the foundations

In January 2020, the NGOs decided to jointly buy a building in the Brussels region where they could establish the House of Human Rights. Located in Molenbeek, in the suburbs of the Belgian capital, this 550 square metre building is to become a reference point dedicated to the promotion of fundamental rights. A place which will enable both NGOs to reinforce each other and to ensure their independence. A place where about hundred human rights defenders, employees and volunteers will meet, and where training will be offered to the general public.

The union of the two human rights leagues under one roof is historical. It symbolizes the fight against identitarian closure and reflects a genuine will to unite and work together towards the same goal. “LDH and the Liga are taking the lead role and uniting to create a Human Rights House in Brussels. Because rights are universal. because the transcend borders. This project is a dream that is coming true and we need everybody’s support to succeed.” said Kati Verstrepen, Liga’s President.

The best way to support the project

The total cost of the House (including the purchase, moving expenses and construction costs) amounts to 1.15 million euros. The NGOs managed to raise 750,000 euros from their own funds, which means they need another 400,000 euros to cover the remaining costs of the project. This sum must be collected before the sales agreement is signed, which is expected on 30 September this year.

In order to raise this amount, the NGOs recently launched a crowdfunding campaign. Several public figures are supporting the project, including Françoise Tulkens, former Vice-President of the European Court of Human Rights, and Alexis Deswaef, Vice-President of the International Federation of Human Rights. “We must give Human Rights a house. A place where we can protect them and ensure their strength worldwide.” said Tulkens.

Thomas Gunzig has also launched a fundraising page, in which he explained his commitment: “our rights and freedoms are essential. The League protects them. Let us give them our support”. Everybody can contribute to the project by sharing it and mobilizing their own networks. All information related to the project can be found on the crowdfunding’s dedicated website. “The Human Rights House is a unique opportunity to support us, and build a fairer and more democratic future together, with greater solidarity”.

Find out more on the fundraiser page! 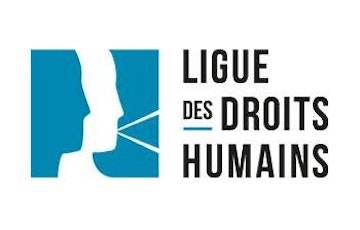 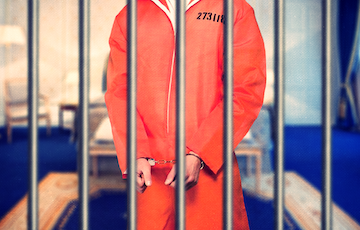