SLAPPs are a weapon in the hands of those that want to prevent us from having a say on matters that affect our lives and the society we live in. Liberties joins other NGOs from across the EU to urge policymakers to end these gag lawsuits.

Powerful people like politicians and big businesses routinely harass public watchdogs through legal bullying to shield themselves from unwanted scrutiny. We at Liberties have been very busy over the past year to make sure the EU takes action to protect investigative journalists, rights defenders and all those that speak up in the public interest from these abusive lawsuits, known as SLAPPs. Here’s what we’ve been doing and how you can show your support.


It’s about our democracies


One year ago, Liberties joined a group of NGOs from across the EU to urge policymakers to take action and put an end to SLAPPs – gag lawsuits that the powerful use to force critical voices into silence. A lot has been achieved since then, but the fight continues.

SLAPPs are a weapon in the hands of those that want to prevent us from having a say on matters that affect our lives and the society we live in. They are a powerful form of censorship meant to reduce the space for democratic debate.

A “SLAPP” is a strategic lawsuit against public participation. The term refers to abusive legal actions whose point is not to genuinely assert a right, but to drain the resources, damage the reputation and destroy the personal lives of those they target. Businesses, politicians and public figures use their wealth and power to bring to court journalists, activists and rights defenders exposing harmful practices with cases they know they will not win, just to drag costly legal proceedings for years. Their objective is to silence them and scare off others from even trying to investigate and raise awareness on their wrongdoings.

There is growing evidence of how SLAPPs are increasingly being used across the EU and wider Europe to intimidate journalists, environmental activists, human rights defenders, NGOs, whistleblowers and academics. Information collected by Liberties and its members, also compiled in a recently published report, points to SLAPPs targeting journalists and rights groups in Hungary, Poland and Slovenia as part of a broader pattern of attacks against media and civil society, as well as an increasing recourse to SLAPPs in a number of other countries including Bulgaria, Croatia, Ireland, Italy, Slovakia, Slovenia and Spain. The European Commission acknowledged the problem in its first rule of law audit last year, and is expected to give it even more prominence in this year’s upcoming report.

Actors like journalists, activists and rights defenders help democracy and the rule of law function properly. Through their work, they uncover malpractice and corruption, enable citizens to shape well-informed opinions and influence decisions taken by those in power. That is why anti-democratic governments do not like them and why, by contrast, we at Liberties have been intensifying our efforts to protect them. SLAPPs allow the powerful to abuse our laws and our courts in order to shut off those public watchdogs citizens rely on to hold them to account. This ultimately has the effect of shutting citizens themselves out of their democracies.

Calling on the EU to play its role

While SLAPPs are threatening our democracies across the EU, no EU country has decent rules in place to stop this abuse. Given the scale and nature of the problem, the EU is in a key position to fill this gap.

Help us fight for your rights! Donate
SLAPPs not only are at odds with the common values of democracy, rule of law and respect for human rights the EU is founded upon. They also have a clear impact on the EU internal market, insofar as they are meant to silence those exposing unlawful practices and corruption, they purport abusive interpretations of EU rules in areas such as copyright or data protection and they hamper journalists, media outlets and civil society organisations to freely carry out their work across the EU. They further have a clear impact on the EU justice system, which is made of the interconnection of national justice systems which SLAPPs make vulnerable to abuse, overburdening and forum shopping. EU action to counter SLAPPs, including an EU anti-SLAPP law providing for a strong and uniform level of protection against SLAPPs in all EU countries, would be a game changer and serve as a model for countries in wider Europe and beyond.

That is why, as the European Commission was unveiling its Action Plan on Democracy for the EU, Liberties engaged as part of broad coalition of more than 60 NGOs in leading the drafting and publication of a model EU anti-SLAPP law to inspire and urge EU policymakers to put forward rules to protect public watchdogs from these gag lawsuits.

That was the beginning of an intense journey.

After the European Commission eventually gave in to our calls and announced its intention to put forward an initiative of SLAPPs to be presented at the end of this year, Liberties and other key partner NGOs have been contributing to the work of a group of experts selected by the Commission to inform its work. Liberties and its partners have also been giving in their advice to the European Parliament on a strong resolution reflecting the Parliament’s commitment to support effective EU measures against SLAPPs, and have engaged with a number of EU governments on the issue.

Meanwhile, the informal coalition of NGOs Liberties joined grew into the CASE – the Coalition Against SLAPPs in Europe. CASE recently launched a dedicated website which hosts research material exposing SLAPP cases across Europe, contains information and resources useful for SLAPP victims and illustrates efforts to advocate for comprehensive protective measures and reform. Among others, you may go there and check our proposals for a model EU anti-SLAPP directive and a Council of Europe recommendation, or dwell on something more entertaining like our first European SLAPP contest.

Let the EU be a champion of democracy. Take action!

Our efforts led to a number of steps forward in having EU policy makers acknowledging the scale and impact of SLAPPs in the EU and working towards action to address them.

As the debate around the need to better protect free speech in the EU is heating up, the time is ripe to build on the progress made so far and make sure that concrete measures are urgently taken at EU level to counter SLAPPs. And we need your help.

Let the EU be a champion of democracy. Sign this petition to support our call on the Vice President of the European Commission Vera Jourová and the Commissioner for Justice Didier Reynders to bring forward a European anti-SLAPP legislation and stop SLAPPs now. 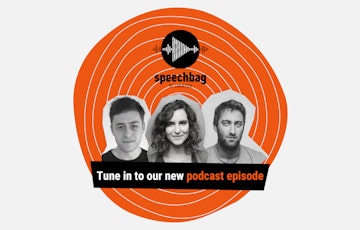 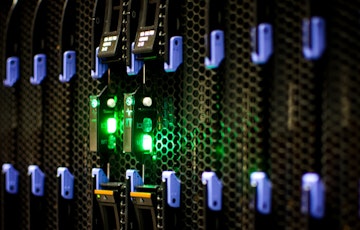