The abuse of two people while under arrest by Civil Guard officers leads to the first conviction against Spain for a material violation of Article 3 of the European Convention on Human Rights.

Although Spain has violated Article 3 of the Convention on 10 occasions in a procedural sense (lack of an effective investigation), this is the first time it is found guilty for a material violation.

In its judgment in the present case, Portu Juanenea and Sarasola Yarzabal v. Spain, the European Court of Human Rights (ECtHR) has found Spain responsible for the injuries suffered by the claimants while in the care of Civil Guard officers.

In a second opinion that partially differed from the majority decision, three judges concluded that the ill-treatment suffered by the claimants should have been qualified as torture.

The two claimants were arrested at a checkpoint by Civil Guard officers in 2008. They were placed in two separate cars and driven to a forest road that had been closed to traffic. On route, they were beaten and insulted.

When the cars stopped, the Civil Guard officers threw them to the ground and beat them while they remained handcuffed. One of the claimants was taken to a river, where his head was immersed in the water, some of which he swallowed.

Both individuals were then taken to the Civil Guard’s headquarters; later they were take to their homes, where searches were performed.

Finally, they were taken to the hospital in San Sebastián to be evaluated by forensic doctors. One of the claimants was admitted into intensive care due to the severity of the injuries. The other was taken to Madrid.

The provincial court entered a judgment against four Civil Guard agents. According to the court, the testimony and forensic reports demonstrated that the claimants did not attempt to flee, nor did they resist arrest.

The injuries were mostly due to direct and repeated aggression, and not to an immobilisation technique applied during the arrest, meaning the injuries were incompatible with the version given by the civil guards.

Regarding the most serious injuries, the Supreme Court concluded that they were the result of "undetermined" "later factors" that occurred after the detention.

The decision of the European Court of Human Rights makes clear that the Strasbourg judges believe the Supreme Court simply dismissed the claimants’ version without determining the origin of the injuries or the possible responsibility of the civil guards.

Furthermore, the Supreme Court did not analyze the issue of whether the use of physical force by the Civil Guard agents during the operation was strictly necessary and proportional.

The ECtHR reminded the Spanish government that the state is obliged to provide a plausible explanation of the origin of the injuries. The court concluded that the injuries described by the claimants in the certificates, which were not denied by the Supreme Court or the government, occurred when the claimants were in the hands of the Civil Guard agents.

The Court of Human Rights determined that neither the national authorities nor the government provided convincing or believable arguments capable of explaining or justifying the injuries suffered by the claimants.

A novelty relative to other cases against Spain based on Article 3 of the Convention is that, in this case, there was an effective investigation in which the Civil Guard officers, the claimants and several witnesses and experts, including forensic doctors, were heard from.

According to the ECtHR, the Supreme Court not only limited its work to providing a different interpretation of the evidence, but also reevaluated the credibility of the testimonies of the claimants and other witnesses.

This reevaluation, which led the Supreme Court to exonerate the officers, would have required holding a public hearing to hear the claimants and the witnesses personally and directly, according to the requirements of a fair trial (Art. 6.1 of the European Convention on Human Rights).

The Supreme Court was reprimanded by the ECtHR for not attempting to establish the facts and the circumstances of the case in the most exhaustive and scrupulous manner, as was its duty according to Article 3 of the Convention.

It is worth recalling that in 2013, the ECtHR condemned Spain on four occasions in which the appellate jurisdiction (Spanish provincial courts) reevaluated the evidence without hearing the from the claimant in a public hearing.

In 2016, the ECtHR went as far as to admonished Spain because the facts of one case were similar to those of other cases against Spain where the state had been found guilty. The ECtHR reiterated that in all cases where the evidence is reevaluated on appeal, a public hearing must be held to ensure that the claimant is properly heard. In 2017, the ECtHR once again found Spain guilty of violating Article 6.1 in the Atutxa case. 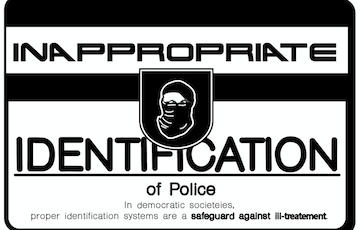 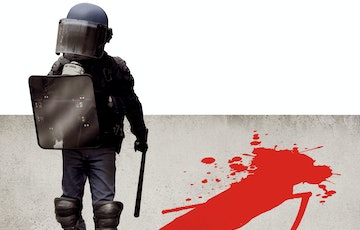 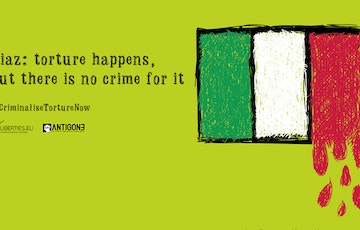