Social media has become an inherent part of our lives. But it’s important to realise that social media can be addictive, and to know what we have to do to change that. But why is social media so toxic?

Pete Cashmore, the chief executive of online news source Mashable, once said “Privacy is dead, and social media holds the smoking gun.” Though there are other reasons for privacy’s decline, and we would argue that it’s not too late to save it, Cashmore was on to something. By its nature, social media encourages people to share their data. It is also addictive, and it can be toxic. It is also harming our democracy and fundamental rights. So we need to know how to reverse its negative sides.

How it all started

Social media had humble beginnings. The phenomenon is less than twenty years old. MySpace was the first large-scale social medium to reach one million users in 2004. It connected people and allowed them to share photos. But fast forward to 2019 and Facebook has reached 2.4 billion users, while YouTube has over one billion. These social media giants do a whole host of things. Facebook is preparing its own news service. Google is working on automated cars. TikTok, with its short video format, is particularly popular among young people, and was gaining an average 20 million users per month between 2016 and 2018. But it’s likely to expand and offer other services in future. It’s fair to say that the world has become obsessed with social media. All of them make most of their money from advertising.

What is interesting is how much the social media landscape has changed since it started. MySpace, once the frontrunner, has gone. Twitter, with its micro-blogging format, didn’t used to allow videos, but all the indicators show that the best performing content on its platform today includes video and visuals. Facebook, though the most popular social medium, is not as popular among the young, who prefer Snapchat or Instagram. Facebook is often viewed by the young as something for old people.

For Snapchat and Instagram the ‘age gradient’ is extremely steep – the popularity of these platforms drops much faster with age. The majority of people under 25 use Snapchat (73%), while only 3% of people over 65 use it.

So, what makes social media toxic?

The increase in social media use over the last decade has, of course, corresponded to the huge spike in the amount of time that people spend online. Young people are at the heart of this trend. In the EU, the time young people spend online has doubled in 2020 compared to ten years earlier, and is between two and three and a half hours every day.

This matters because it means young people are increasingly living their lives online. It means they are connecting with friends or family, or finding information online, but they are also subject to bullying or rumour spreading and get unrealistic views of others’ lives. One study by Pew found that young people saw as much negative as they did positive about social media.

But if social media is seen as neither positive nor negative, what is true is that it leaves people fighting for views, claps, likes or praise. That affects both the younger and the older generations.

The constant search for recognition and attention can have detrimental effects on our lives and leave us hurt or needing more attention. The story of a ‘Mum Blogger’ who felt compelled to defend her son because the pictures she shared of him on Instagram were not generating much reaction is a tragic example.

Various studies have shown that a high use of social media increases the likelihood of people feeling anxious, depressed, or lonely. It has even been shown to increase the risk of self-harm and suicide.

Is it all about money?

The latest episode of your favourite show on TV isn’t made strictly to please you. It is made with the advert breaks in mind so that the 30 minutes of pleasure you get are interspersed with 2 or 3 advert breaks of a few minutes long.

Social media works in much the same way. It tries to keep you on its platform for as long as possible and gives you the illusion that you are enjoying a service for free. That’s how you are more likely to fall for some of the advertising in the sidebars. Facebook estimates that every user on its platform generates over $8 in revenue per year. That is big money.

One of the ways you do that is by filling your feed with more clickbait and things that you are struck by. And therein lies one of the great traps. The algorithms behind our social media favour the sensational, the most shocking, and the most damaging news. That’s how clips of terrorist material make their way around the world so quickly. That’s how social media feeds conspiracy theories promoted by anti-vaxxers. That’s how extremists get their oxygen. And that's how social media platforms like Facebook make money from content that is divisive, inaccurate and damaging for our democracies.

But the problems with social media go deeper still.

Heard of Cambridge Analytica? This previously unknown British political intelligence company was embroiled in a scandal in 2018, when it emerged that it had been using people’s personal data acquired through Facebook for its political operations.

The company was able to draw on the data of all the people who had taken part in a ‘digital game’ played on Facebook, which had been developed by a third party, and all the data of those people’s friends. You see, to play the game, you had to give your consent to sharing your data, and the data of your friends. But nobody who took part in the game had ever heard of Cambridge Analytica, and unbeknownst to them, their data was actually being used for political campaigning purposes. Cambridge Analaytica had just received the data of 87 million people by designing a simple digital game and was then able to use this data to micro-target voters with their political adverts. 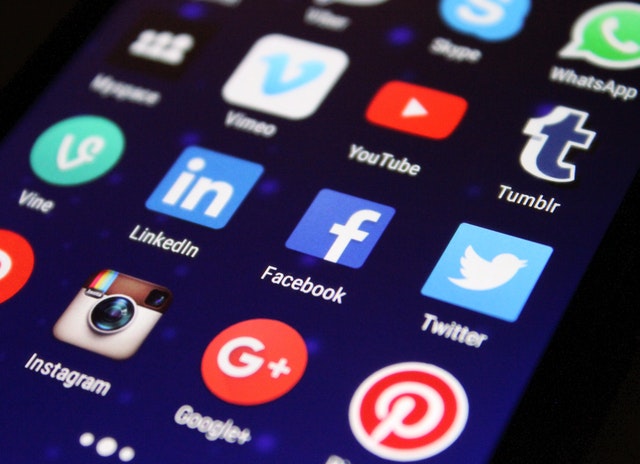 Facebook said it was outraged. The public even more so. But the truth is that the social media giant had been doing this for years. People’s data is its currency. When it got caught, it had to sound shocked.

What emerged from this episode was that, just by being on social media, you could be sharing enormous amounts of data about yourself and your friends, and probably their friends’ friends, with dozens, hundreds or even thousands of companies without knowing it.

Some sceptics might retort by arguing that they have nothing to hide, so they don’t see the harm. That might well be the case. But our democratic system can't work properly unless your data stays private. It's not just manipulative ads microtargeted to push our individual buttons. Research shows that people discuss issues they think might be controversial less online when they're aware that they're being tracked. And you can't have democracy without public debate.

How can you protect yourself from its toxic effects?

Technically, you can switch off your mobile phone, or you can set up a time limit for your social media use. This will simply prevent you from using these platforms. Of course this is not so easy, as everyone is online, including our friends and families, with whom we would like to keep contact.

This means we should be more ‘news literate’ and more educated about the news and any information we read online. For example, we should always check the source or the profile of the person who shares a suspicious post. We should also read from a wide range of sources, and not limit ourselves. Sharing something without reading it is a no-go.

Is democracy under attack?

Malicious states and groups around the world figured out the potential of social media for their activities a long time ago. Certain entities realised that they could get their political adverts in front of millions of eyeballs, and not be held accountable for it. This means countries like Russia can find ways to support causes or parties that weaken our democracy or cause instability. Russian intelligence could fund campaigns online during the Brexit referendum with impunity in order to destabilise the United Kingdom and the EU.

Social media is toxic not just because it is addictive by design, but also because platforms spread disinformation and they encourage their users to engage with these fake news more than with fact checked ‘real’ news. As a consequence, disinformation spreads faster and reaches a wider audience. This has a toxic impact on public trust in democratic institutions like elections, governments or any public services.

What it means is that our own democracy can be destabilised and undermined by outside influences simply by exploiting the loopholes in today’s social media.

At the moment, there is no transparency system at European level to make sure all those who post adverts have their credentials checked, just like with old-fashioned advertising. It means our data can end up in all kinds of hands, without us being able to do much about it.

This is not good enough. We deserve better.

Is there a general solution to the problem?

Legislators and rights groups pressure social media platforms to change and improve their apps to protect the society from harmful content, like malicious disinformation. The EU is keen on taking a lead on regulating Facebook or Google to protect people’s privacy and prevent Europeans from constant commercial surveillance or spreading fake news that destabilize democracies. Discussions are still ongoing, in some cases developments turn out to be good, in some cases these changes bring new problems to the table. 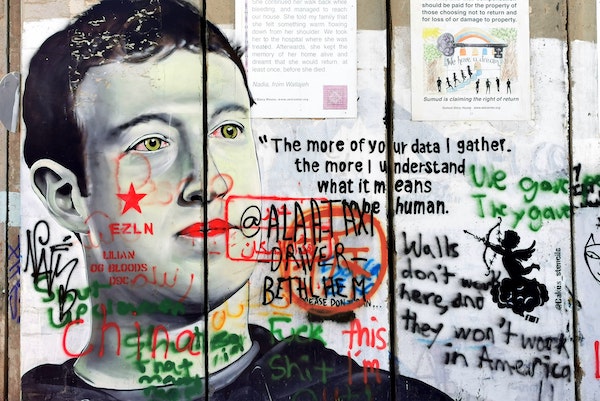 We need the EU to create a system that forces all entities who want to post a political advert online inside the EU to join a register and make sure they are held accountable for the information they display. We also need to know who these adverts reach. It is for the sake of our democracy. We push another big solution in our advocacy: 'The EU needs to make sure data protection rules are actually enforced. These rules protect us from some of the most damaging and manipulative tools like micro-targeting.’

Stay on top of the latest digital rights developments. Subscribe

And finally, we need to find ways to get people spending less time on social media and more time in the real world. There is clear evidence that social media is toxic for us on a number of levels. Let’s not give its negative effects more oxygen.

Social media is toxic because it is addictive by design. Also, it is often called toxic because platforms spread disinformation and they encourage their users to engage with these fake news more than with fact checked ‘real’ news.

People should be more ‘news literate’ and more educated about the news and any information we read online. Sharing something without reading it is a no-go.