The new Czech government must clearly declare that it has an interest in inclusion. Funding for inclusive education and teacher training is insufficient.

Education matters. Education shapes our identity, develops our social abilities and determines our career chances. As such, education is one of the most important human rights that belongs all of us. Yet, many European countries continue to discriminate against certain groups of children, especially Roma children, children with disabilities and migrant children, by providing them with segregated education. Also, the education system in the Czech Republic has had the same shortcomings for many years. However, there is now a chance for change.

Ten years ago, the European Court of Human Rights condemned the Czech Republic for discrimination against Roma children in education. The case of D. H. (et al.) v. the Czech Republic revealed the systemic shortcomings of the education system, which routinely assigned Roma children to special schools for pupils with learning disabilities, thereby providing them with education separately that was often of lower quality.

After several years with the situation deadlocked and the Czech Republic therefore internationally criticized for failing to carry out a European judgment, an amendment to the Education Act was adopted in 2015 to gradually eliminate segregated education for children with "mild mental disabilities". This long-awaited legislative change implies a number of measures that have the potential to create a school system in which all children in the Czech Republic will have the same education. Since 2016, children with "mild mental disabilities" can learn under the curriculum for mainstream schools, and since September 2017 all five-year-olds have a compulsory one-year free pre-school education aimed at balancing learning disparities and other skills. In addition, this new system has been set up to provide adequate, individual support to all children with special needs as part of general education, regardless of their ethnic or social origin.

What needs to be done now?

This path is very encouraging, and should remain one of the priority points of the new government's agenda. This, however, will require a strong political commitment, because the implementation of the law will be at least as difficult as accepting it. Individual interests in maintaining segregated education systems remain strong; funding for inclusive education and teacher training is often insufficient; and many parents continue to have a negative attitude towards integrating children from minorities or particularly vulnerable groups into mainstream education.

These obstacles represent a real threat to the ability of these children to build their future on an equal footing with others. The government should therefore remove them. We see four measures - in particular - that should be taken to achieve this goal.

Firstly, the government should ensure that regular schools do not form segregation in any other form, for example by creating classes with most Roma children or classes to which no Romani children go. There is also a need for stronger control mechanisms to ensure that schools do not discriminate, even when deciding on admission. In particular, the government should ensure that all schools comply with national legislation and methodological guidelines, which suggest that child testing should not be used as a selection criterion for admission to a particular elementary school.

The second necessary step is to take measures to balance the distribution of students from vulnerable groups. The lack of such measures only maintains unequal conditions in education, where some schools have a large share of children who may have specific educational needs, such as children from minority ethnic groups or children with disabilities. In order to prevent this situation, the government should systematically monitor the implementation and compliance with the rules on the maximum number of places for these children at each school to allow for the necessary diversity in the classroom. Such a division should be strictly based on the child's individual needs and in no case on their ethnic, social or other origins.

Lastly, it is crucial to mitigate the impact segregation in housing, a factor that undoubtedly contributes to the concentration of children from vulnerable groups in certain schools. In situations where school districts coincide with neighborhoods inhabited predominantly by persons belonging to disadvantaged groups, it is very likely that the school staff will reflect this fact equally, leading de facto to segregation in education. Creating alternative school districts that would combine neighborhoods inhabited by different social strata of society could therefore facilitate a more balanced distribution of students from different groups and lead to a more inclusive education system.

Segregation - the enemy of social cohesion

However, all these measures are unlikely to succeed without the support of all parents. The alienation of families from ethnic minorities, migrant families or families with children with disabilities and their lack of participation in school activities and life prevents the creation of a truly inclusive educational system capable of providing the same educational opportunity to all children. It is essential for the government and the school administration to raise awareness of the benefits of inclusive education among all families and to explain to them that well-managed and diverse classes increase the success of children, both in terms of their school results and in terms of gaining important social skills, which is evidenced by the recent OECD studies.

Segregation in school is one of the worst forms of discrimination. It causes a waste of talent and fundamentally scars the lives of the children concerned. It detracts from the democratic structure of society and strengthens the vicious circles of marginalization and discrimination that threaten social cohesion.

The Czech Republic now has the opportunity to turn the page and show that inclusive education is not a utopian project but an achievable goal with positive impacts on children's future and social cohesion. Investing in this goal should therefore become the main priority of the new government.

Authors: Anna Šabatová, ombudsman of the Czech Republic, and Nils Muižnieks, commissioner for human rights of the Council of Europe. 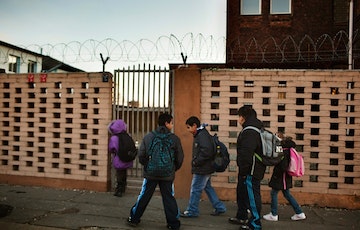 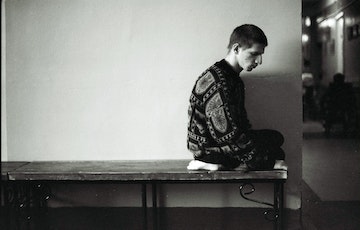 10 Years of Suffering and Mistreatment in Czech Childcare Institution 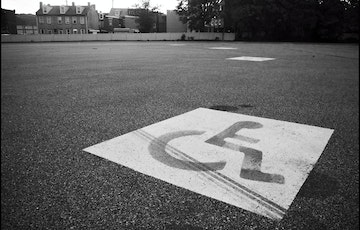