France and Germany have presented a joint call asking for formal hearings under Article 7 in the Council, to take place in June after the elections, on the serious threats to fundamental values in Hungary and Poland.

The European Commission sees no major improvements in the rule of law situation in Hungary and Poland, with negotiations on several issues currently at a standstill. This is according to internal memos seen by Liberties from the EU ministers' meeting on Tuesday, where European Commission representatives told ministers that the situation regarding civil society has not improved in recent months. The representatives also said that EC lawyers are currently analysing the Budapest government’s reply regarding its law to prevent migration NGOs from providing legal assistance or speaking publicly about migration.

'No effective checks and balances'

The EC is particularly worried that since August 2018, the European Court of Human Rights has had to issue 10 interim measures requiring the Orbán government to provide food to rejected asylum seekers staying in transit zones. The EC also underscored its concern about media freedom in Hungary, as well as the lack of concrete developments regarding the future of Central European University.

Lastly, the EC expressed serious concerns about judicial independence in the country, in particular the government's decision to set up a new administrative court. Commission experts say the new court erodes the system of checks and balances. To aid its analysis, the EC took into consideration the opinion of the Venice Commission, published on 19 March 2019, which concludes that “very extensive powers” are being concentrated in the hands of the minister of justice, the future president of the Supreme Administrative Court, and the future judges of that court. Furthermore, the Venice Commission stated there are “no effective checks and balances to counteract those powers”.

Regarding the next steps in the ongoing Article 7(1) procedure, the EU's executive body told ministers that the ball is now in their court, since they have sufficient expert input and legal analysis from both the European Parliament and the EC to decide how to proceed.

The fact that so much expert input has already been shared, and there is nothing more to add to it, may have been an important factor in the decision of Judith Sargentini, the EP rapporteur of the Article 7 procedure against Hungary and chair of the EP’s Civil Liberties, Justice and Home Affairs Committee, to decline a last-minute invitation to the Tuesday meeting.

The Polish government, in a move meant to dismiss the importance of the meeting, refused to be represented at the ministerial level. Poland's EU minister, Konrad Szymański, told journalists that he saw no reason to miss his flight home, as his government’s positions are well known.

Following the European Court of Justice hearing on the situation of Polish judges, the Franco-German statement expresses hope that the infringement procedure launched by the European Commission last week regarding the new disciplinary regime for judges will allow some improvements. In particular, it is hoped that the right to an effective remedy before an independent and impartial court will be implemented. Still, Paris and Berlin are seriously worried that the effect of legislative changes introduced in Poland could undermine the independence of the judiciary.

The European Commission has already opened two infringement procedures against Poland, one in 2017 and another in 2018, over the early retirement for Polish judges and the possible impact of the legal changes on judicial independence, respectively.

France and Germany argue that the concerns over the rule of law in Poland that led to the launch of the Article 7 procedure still have not been completely and properly addressed, hence a Council hearing should be held.

The Council meeting ended with the release of the joint statement by Germany and France, supported by 11 other member states. Nine countries went further, backing the idea of a General Affairs Council hearing on Hungary in June 2019 – a date the Spanish government considers too early. However, the Romanian EU Presidency concluded that the Council had considered the current state of the Article 7 procedures and would return to the issues only after members reach a consensus over the next steps. 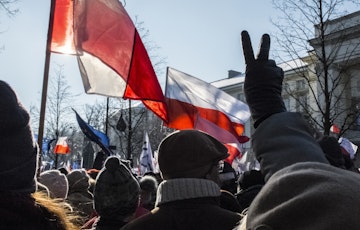 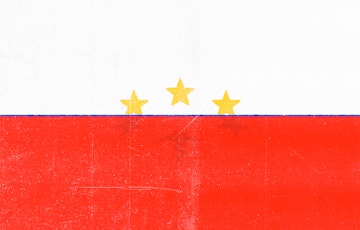