The fight against the act stigmatising Hungarian civil society organisations has entered a new phase: on 22 October the Court of Justice of the European Union will hold a public hearing on the case.

The act, which came into effect in the summer of 2017, prescribes that civil society organisations that receive more than 7.2 million forints (about 21,000 euros) have to register as organisations supported from abroad. They also have to make this clear on their websites and in their publications. The act requires them to name their foreign supporters in their yearly reports as well. NGOs that fail to meet this obligation are liable to fines of up to 900,000 forints (about 2,700 euros) and can even be subject to legal supervision procedures that can result in them being shut down. Similar laws have been adopted in Israel and Russia.

The Civil Act is unnecessary as the sources and destinations of support are already disclosed in publicly available reports that all civil society organisations have to submit. The act does not contribute to transparency. Rather, it is part of the communication campaign that suggests that organisations receiving foreign support are engaged in activities that are incompatible with Hungary's interests. Instead of starting a debate with organisations that are critical of it, the Hungarian government wants to silence them by making them wear a label that discredits their views whenever they go public.

HCLU and other organisations decided not to comply with the law, as their funding is already transparent

This act violates rights to the freedom of expression and the freedom of association and unduly discriminates against some civil society organisations. For this reason, the Hungarian Civil Liberties Union (HCLU) and other like-minded organisations has already decided not to comply with the law on the day it was adopted. The management and activities of these organisations are already entirely public, however, and it is only by not complying with the provisions of the unlawful Civil Act that HCLU and other civil society organisations can seize upon all available means of redress.

It is an important development that the case continues before the CJEU, as the Court will not consider the merits of the Civil Act before the Hungarian Constitutional Court brings a judgement, while the Constitutional Court is waiting for the CJEU to make a decision first. We trust the CJEU will reach a decision based upon which the unlawful act that stigmatises civil society organizations will have to be repealed. 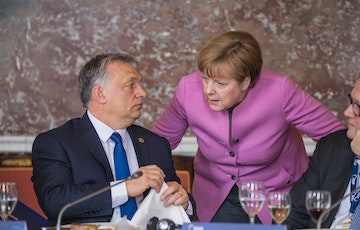 Activists Call Out Merkel for Enabling Anti-Semitism in Hungary 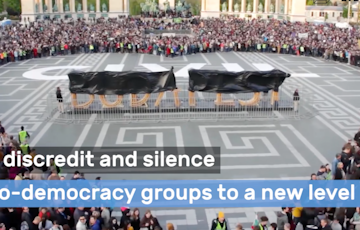 Hungarian Rights Defenders Must Be Protected 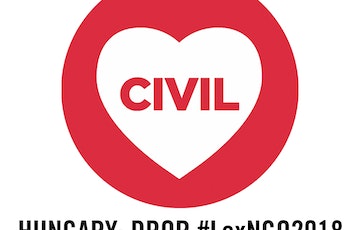 In Solidarity With Civil Society in Hungary