Regulating political advertising is a highly contentious issue, and each EU country has its own sets of laws. But they have one thing in common: the clear (and growing) threat to free and fair elections posed by uneven, outdated advertising rules.

Liberties and human rights organizations in Bulgaria, Hungary, Italy, the Netherlands and Slovenia have looked at how political advertising is regulated in their respective countries. We highlighted some of the key concerns that might affect free and fair elections and other fundamental values recognized in Article 2 TEU.

Political actors make use of different media, for example online media, print, radio or television, to reach out to their constituents and convince them that they are best suited to solve with their concerns. This is important: citizens must have the possibility to know the program of political candidates or the content of a referendum.

However, there are also risks associated with political advertising. Unequal spending – sometimes from obscure sources – enables one party to reach a wider audience. Political control over media, including public service media, can influence editorial decisions and favor one party over another. Targeted advertisements can be used to promise different things to different people and exclude certain groups of people from receiving their advertisements.

Online advertising remains mostly unregulated. The Netherlands adopted a code of conduct, but with no enforcement mechanism attached to it. Italy introduced guidelines on online targeting, but they are only voluntary. The General Data Protection Regulation (GDPR) is the only horizontal legislation applicable in all five countries.

The European Commission wants to harmonize political advertising across the EU. It made a first step with a proposal presented in November 2021. It argues that political advertising is a cross-border issue (e.g. politicians can reach out to their constituency living abroad) and thus Article 114 of the TFEU, gives it the power to enact measures. Indeed, stricter transparency requirements are needed to ensure proper monitoring and enforcement.

Our report has identified three key issues that the selected countries face, namely:

2. weak oversight and enforcement authorities; and

3. obscure advertising practices by organizations close to political parties. Our report also formulates recommendations addressed to both the EU and the governments of the five Member States.

Political Advertising On Social Media Threatens Our Democracies & Should Be Banned 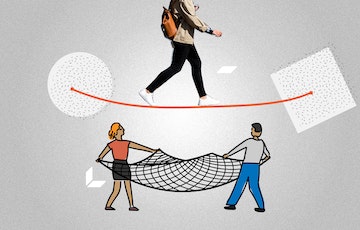