The case of a Tajik family's extended placement in a detention centre, which caused the mother to attempt suicide, will be considered by the European Court of Human Rights in Strasbourg.

The European Court of Human Rights (ECtHR) has communicated to the Polish government another case of the unreasonable placement of foreign nationals in a guarded immigration centre.

The case concerns a family of two parents and two infants from Tajikistan. They made multiple attempts to apply for international protection at the Medyka border crossing station, claiming they were victims of persecution.

All of their attempts to apply for protected status were prevented by officers of the Polish Border Guard. Ultimately, their application was accepted for consideration in October 2017, after more than 10 unsuccessful bids. Shortly thereafter, the entire family was detained at the Guarded Centre for Foreigners in Przemyśl.

While in immigration detention, the mother was diagnosed with a psychological condition resulting from the violence she had been subjected to in Tajikistan and her placement in a closed detention facility in Poland.

The family's placement in the Przemyśl centre also had a negative impact on the condition of the children. Despite this, neither the Border Guard nor Polish courts considered the medical documentation presented by the mother. At first, the courts refused to appoint an expert to assess how detention impacted the woman’s health.

After about 10 months, she attempted suicide, which led to her transfer to a psychiatric hospital. Even then, the Border Guard once again asked a court for an extension of the woman’s detention in a guarded centre.

Finally, the District Court in Przemyśl decided to examine the woman’s medical and psychological assessments and ordered the family's release from the detention centre. In these proceedings, the mother was represented pro bono by Michał Jabłoński, an attorney with Dentons Europe Dąbrowski i Wspólnicy sp. k.

As it was evident from very early during the family's detention that they were victims of violence in their home country, and as the mother showed signs of post-traumatic stress disorder (PTSD), an application was made to the ECtHR to consider the case for violations of the European Convention on Human Rights.

Victims of violence may not be detained

“This is yet another case concerning immigration detention of foreigners affected by violence in their country of origin, whose detention resulted in problems with health. The law is clear: victims of violence may not be detained at a guarded centre,” explains Jacek Białas, the attorney with Liberties member the Helsinki Foundation for Human Rights who is representing the family before the Strasbourg Court. “Authorities are obliged to establish if there are any counterindications to placing such persons in detention, but our experience shows that immigration bodies have been continuously failing to adhere to this obligation. Also, in the case of this particular family, authorities disregarded the best interests of the children. We hope that other cases of this kind, which are likely to appear before the ECtHR, will result in the fair and lawful treatment of foreigners seeking protection in Poland,” Mr Białas adds. 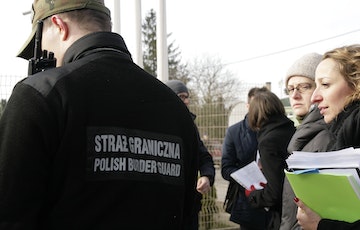 At a Border Crossing Where Rights Are Forgotten, Polish Lawyers Stand Up for Refugees 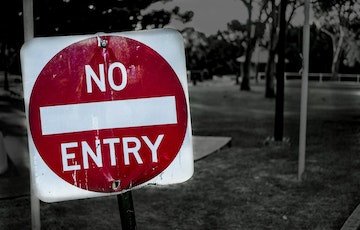