Apples, Bananas and Building a Pro-Values Coalition in the EP

Around 7 in 10 MEPs in the next EP will belong to parties ready to uphold basic values. So why is a pro-values majority coalition not a sure thing?

Let's imagine that instead of people, Europe is run by plants. In your country, you have the Banana Party, the Rosemary Party and the Coffee party. When the Banana Party's MEPs get to Brussels, they will form into a 'political group' together with parties from other countries with similar ideas. So the bananas will sit with the apples and the oranges in the fruit political group. The MEPs from the Rosemary Party will go and form a herb political group with other herb parties from other countries. And the Coffee Party will go and find a Tea Party (not that one) and a Cocoa Party and sit with them in a beverage political group.

Now, there is a problem with the way this works. You see, all the largest political groups in the European Parliament have among them some parties that have been criticised by the EU for attacking basic values like press freedom or the independence of judges. And that means that if you're voting for one of the older mainstream political groups, the chances are that your representatives are collaborating with parties in other EU countries that are attacking basic freedoms. So your banana MEPs are working happily together with a strangler vine that is choking judges in another country.

It should be a no-brainer

It doesn't have to be this way. Your political representatives don't have to be collaborating with parties from other countries trying to destroy civil liberties. They could instead choose to kick out parties that are violating basic values and form new coalitions. It should be a no-brainer considering that around 70% of MEPs overall will belong to parties that seem prepared to uphold basic values.

Last month we launched the #Vote4Values elections tracker 2019. You can see which political groups problematic parties are sitting in. You can find out which of your national parties work with them. And then you can look at how pro-values MEPs could form coalitions that would protect basic values. And then you can get in touch with candidates running for election and ask them not to work with bad apples from other countries. 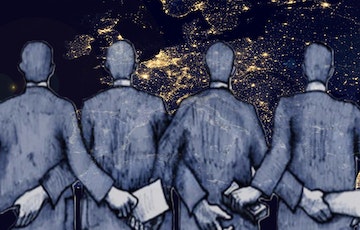 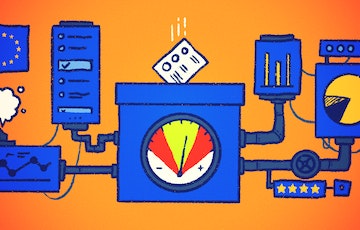