​Nationalism And Populism: What Is The Difference? How Are They Connected?

Populism and nationalism are often seen as going hand in hand. But they are different ideas, and mean different things.

The populist authoritarian governments of today share something in common: nationalism is a key ingredient of the vision they’re selling. In fact, it’s difficult to imagine a populist government that doesn’t lean heavily on nationalism to stoke the pride, fear and fury they use to retain power. But nationalism and populism, while similar in many ways, are not the same thing.

Nationalism is a belief and political ideology that the sovereignty, interests and identity of one’s own nation take precedence over other states and groups of people. By itself, nationalism can be difficult to define both because the term has changed meaning over time and context, and because it is often attached to disparate political movements. For example, the term fits the platforms of Viktor Orban in Hungary or Jarosław Kaczyński in Poland quite well, but it could also be applied to strong, proud—and democratic—monarchies of the United Kingdom or the Netherlands.

In practice, however, nationalism fits most naturally with a populist, conservative or right-wing political movement. These movements maintain their grip on power by rallying people around a common (national) identity that is under threat from “others”—outgroups that are eroding the nation’s identity and threatening its sovereignty. Civil society, mainstream media, judges, academics and the LGBTQI community, among others, are usual scapegoats. And this “rally around the flag” mantra necessarily stokes nationalist sentiments.

Nationalism wasn’t always about insular, us-vs-them politics. Its roots are in the turn of the 19th century and the French and American Revolutions, both driven by independent or nationalist sentiment that would reshape Europe. The incorporation of nationalism in a political ideology was a key driver of the popular sovereignty movements that caused revolutions and wars in Europe throughout the entire century, eventually leading to the First World War.

In modern times, nationalist urges have shaped Asia, including in China and the Korean Peninsula, and European states before, between and after the World Wars. Nationalist tensions are often cited as one cause of World War I, and nationalism was the main reason Hitler was able to take power—Germany had not lost the war, but rather had been stabbed in the back by Jewish and left-wing politicians, and then by other countries at Versailles. More recently, nationalism was an important element, if not the backbone, of the pro-Brexit campaign in the United Kingdom. And it’s being used right now by Hungary’s Fidesz party—in a campaign painting Brussels (meaning the EU) and Soros (meaning civil society, liberals and foreigners)—to attract voters ahead of next year’s election.

Populism which is a political strategy of appealing to “the people” in opposition to “elites” who are making the lives of “the people” worse. Like nationalism, populism is not inherently tied to a certain political ideology. But unlike progressivism, which we’ve already contrasted with populism, nationalism overlaps populism, and especially authoritarian populism, quite a bit. As mentioned above, the power of populist authoritarians is derived from fanning nationalist sentiment and creating a division between “true” Poles, Hungarians, Slovenes, etc., and “others.”

Populism is older than nationalism, with its origins dating back to the Roman Republic. The Populares (Latin for “favoring the people”) were a political faction that championed the causes of plebeians (commoners) over the ruling class. The term has since been given to politicians and movements from all parts of the political spectrum.

But the populism of today’s Europe is most evident in populist authoritarians – leaders who retain power through populist messaging and promise to protect “the people” and the nation from perceived threats. It is ironic but not very surprising that they actually govern in a way that favors themselves and their friends—the true elites—but destabilizes the very institutions, like free courts, that protect the rights of “the people.”

Europe’s populist authoritarians divide society along ethnic or religious lines: white people are “the people” while NGOs, mainstream media, and judges are portrayed as the elites. And populist authoritarians portray these "elites" as only caring foremost about the welfare of “out groups” at the expense of "ordinary people." Such groups include migrants, LGBTQI people, migrants, the disabled and even women.

What is the difference between nationalism and populism?

In theory, you could have nationalism without populism. For instance, when a monarchy or a dictator has consumed and is indivisible from the identity of the nation itself, a certain nationalism can exist without the contours of populism. And populism—appealing to the needs and values of “the people”—is not by definition tantamount to appealing to national interests. But in practice it is packaged this way by authoritarian populists. That’s because authoritarian populists tend to believe in blind patriotism—the nation can do no wrong, and their nation is better than others.

This makes them more likely to be aggressive towards other nations and towards certain groups of people who are alleged to threaten or harm the nation. Of course, these threats are most often creations of the authoritarian populists, and exist only to enhance their hold on power. It also makes them very protective of national symbols, like the flag, and sensitive to national security issues.. And these are things one would associate with nationalism. Other aspects of authoritarianism, like supporting harsh punishment of criminals, discriminating against historically marginalized groups, clamping down on peaceful protest, and concentrating power in the hands of a strong leader, are seen in today’s most notable populists—Orban, Kaczyński, Slovenia’s Janez Janša and Brazil’s Jair Bolsonaro, to name a few.

It is also important to differentiate between nationalism and patriotism. The two terms are often conflated, and indeed nationalists often try to appropriate national symbols and national history. Being proud of historical struggles or achievements of the country is warped into a patriotic love for and fealty to the modern state—and government. But that patriotism is not actually linked to any political movement or government, and can instead by pride one feels for the progressive values or achievements of their country’s history. So patriotism and nationalism are not the same thing, and people can be patriotic without being devoted to the current politics or policies of their country.

Examples of nationalism and populism from the world

Nationalism has been on display for centuries. We’ve discussed its history above, but it can still be seen today. Throughout recent history, right-wing governments have promoted nationalism—from fascist states like Nazi Germany and Mussolini’s Italy to Communist China. And, of course, nationalism is an important ingredient in the current governments of Hungary, Slovenia, Poland, Brazil, and the Republican Party in the United States.

Unsurprisingly, it is in these examples where we also see good examples of populism today. Historically, however, populism’s relationship with right-wing politics has not been so close; the governments of Franklin Roosevelt in the United States or Hugo Chavez of Venezuela are two examples of populists from the other side of the political spectrum.

What does national populism mean?

Many of the examples we have given above would qualify as “national populism,” which is another term for right-wing populism. It is a political ideology that combines right-wing politics and populist tendencies. The current governments in Hungary, Poland, Slovenia, and the political parties of the League in Italy, France’s National Rally, and the Party for Freedom in the Netherlands are all examples of political movements rooted in national populism.

The rise and strength of these parties are because of numerous factors that may differ from country to country. But broadly speaking, the economic anxiety that came about following the 2008-2009 recession, the influx of migrants following war and famine in the Middle East and North Africa, and the financial help of Russia are all seen as drivers of national populism across the EU.

E-book: It's Time for Some Answers on Populist Authoritarians 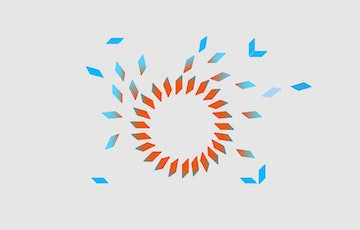 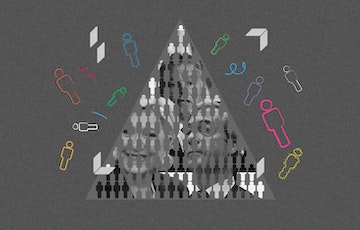 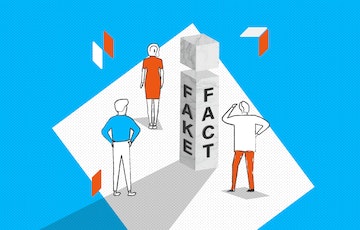