Debate surrounding media freedom and freedom of expression is escalating in Estonia in response to the press and other media supporting the new governing coalition, which includes far right right Estonian Conservative People's Party.

The new coalition between the Estonian Centre Party, Isamaa, and the far-right Estonian Conservative People's Party (EKRE) has increased political tensions in the country. Since the elections questions of Estonian values, political rhetoric, democratic values and the freedom of expression have been making headlines. There have been several public demonstrations, many opinion pieces have been written on these issues, and regular people are actively expressing their discontent and providing more analytical personal reflections on social media.

The inclusion of the far-right EKRE in the coalition talks has led to growing pressure on the government, independent journalism, and Estonian Public Broadcasting (ERR). Some members of EKRE and Isamaa have accused journalists working for ERR of being biased against conservatives, and of publishing excessive and unfounded criticism of the new coalition, and EKRE in particular. Journalists have also suggested that most Estonian media outlets belonging to just a few owners, could prove precarious to the freedom of press in the country. In addition, observers and media analysts have pointed out the dangers of self-censorship among journalists and excessive interference from authorities and the governing bodies of media outlets.

Well-known journalist quits due to major differences with editor

An even bigger scandal finally erupted at the end of April, when well-respected journalist Vilja Kiisler left her post at the biggest daily newspaper in Estonia, Postimees, reportedly due unsurmountable differences with the new editor-in-chief. On April 16, Kiisler published an opinion piece entitled "It's Not About Rhetoric; The Content Is What's Frightening", in which she sharply criticized the stances of EKRE and its leaders. The new conservative editor-in-chief, Peeter Helme, reprimanded Kiisler for the tone and style of the piece. Kiisler decided to quit and has since said that there are problems with freedom of opinion and freedom of the press at Postimees. In an interview with ERR, Kiisler explained that she left Postimees because her view freedom of the press and freedom of expression were fundamentally different to those of the editor-in-chief. She described how Postimees editorials have consistently supported the ideology of the current coalition and have played a part in legitimising it.

The owner of Postimees has publicly supported conservatives and has donated 100,000 euros to Isamaa. Postimees has also launched a new supplement called MeieEesti (OurEstonia), which has raised questions around their marketing, bias and the independence of privately owned media in general. In her interview with the ERR, Kiisler commented on supplement, saying "In my opinion, this is not journalism, but the work of ‘alternative’ experts, who have probably been hired only based on the recommendation or approval of the owner. And this is, in particular, the creation of ideological alternative content in an era of alternative facts."

Radio presenter forced to choose between self-censorship or quitting

A new controversy ripped through the country when the public learned of the departure of another well-known, unapologetically critical journalist and columnist, Ahto Lobjakas, this time from the Raadio 2 radio station, which is managed by ERR. Lobjakas, who had until then been the host of a political programme "Olukorrast riigis" ("The state of the country"), announced in a public comment that he had not been let go, but that "he had been given a choice between self-censorship and quitting". "It was implied that my criticism of the new coalition is too sharp and would unduly influence politics. There were criticisms of my choice of words, suggestions of intelligent euphemisms and generally beating around the bush. They wanted coverage that was less combative and paid more attention to the programme of the new government, rather than to unworthy individuals and ideas," wrote Lobjakas.

Since Kiisler and Lobjakas left their respective positions, the foreign secretary of the literary organisation PEN and writer Kätlin Kaldmaa, ERR journalist and critic Valner Valme, and many other columnists, experts and journalists have expressed the importance of freedom of expression. 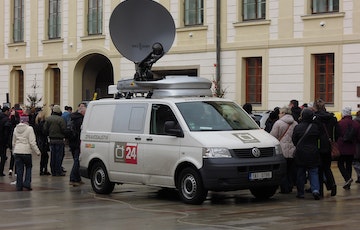 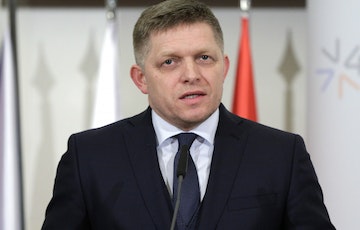 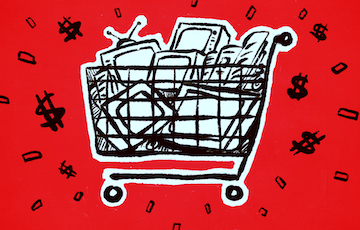