What's the difference between these two terms? Part two of our #MeAndMyRights series answers this question and many more.

There is no difference. Over the last few hundred years, many terms have been used to describe what is now usually referred to as ‘human rights’, such as ‘the rights of man’, ‘civil liberties’ or ‘fundamental freedoms’.

There are two theories on why the EU chose the term ‘fundamental rights’ instead of ‘human rights’.

One is that the EU felt more comfortable with ‘fundamental’ rather than ‘human’ because it was the term used by the constitutions of some EU countries. The other theory is that the EU is slightly narcissistic, thinks that it is too good for international human rights law, and wants the European public to think that it has done something good for them by creating ‘fundamental rights’. Nice try, EU.

What’s in a name?

Legally speaking, the rights in the European Union's Charter of Fundamental Rights (which protects individuals against interference with their rights by the EU) are given the same meaning as their counterparts in the European Convention on Human Rights and UN Human Rights treaties. The European Convention and most UN human rights treaties pre-date the EU's Charter - more on these in a later article.

For example, when the Court of Justice of the EU has to define the meaning of the right to a fair trial protected in the EU’s Charter, it will usually just look at what the European Court of Human Rights has said and copy that.

The Charter of Fundamental Rights doesn’t really create new rights, or rights that are different from those already listed in other international human rights treaties. And this is how it should be. Human rights are supposed to be ‘universal’ – that means that they belong to someone simply because they are human. Although sometimes there might be slight differences in how they are interpreted, human rights are not supposed to change from country to country or culture to culture.

Some people claim that the Charter of Fundamental Rights is the most modern and longest list of human rights.

This is not really true. The Charter does list a few rights that are not explicitly mentioned in other treaties, like the right to data protection. But, for the most part, all the rights in the Charter were already recognised in international law. For example, data protection was just treated as part of the right to privacy. When the EU’s member countries agreed on the list of rights contained in the Charter of Fundamental Rights, they were mostly just copying the rights listed in the European Convention on Human Rights and in UN human rights treaties – which they had all already joined up to individually many years earlier. 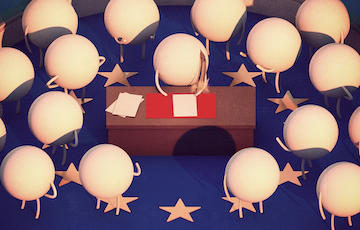 #MeAndMyRights: The Charter of Fundamental Rights 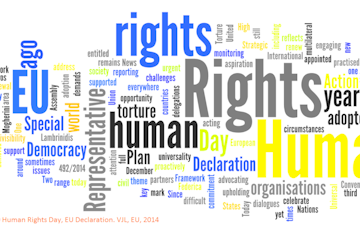 Amnesty Warns: Human Rights in the EU Under Pressure 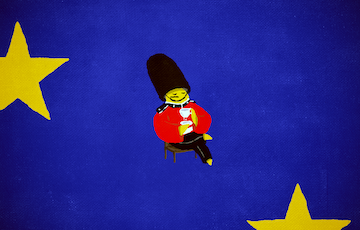 With Britain Gone, Will It Be Easier for the EU to Protect Its Fundamental Values?