The new municipal government of Madrid, a coalition between the Popular Party and Ciudadanos with the support of the extreme right party Vox, will abolish the Protocol for Effective Police Identifications (PIPE).

The protocol had been implemented in the district of Ciudad Lineal and was aimed at stopping discriminatory police stop and search procedures. It has been operating for seven months (November-May) in a pilot phase, but was intended to expand across other districts in Madrid.

I was 20 years old and worked distributing flyers in the south of Madrid when the police stopped me alleging "suspicious movements". I understood straight away (due to previous experiences) that what they considered "suspicious" were in fact my features. They asked me to identify myself, but gave me no reason for doing so. I emptied the backpack I was carrying, which had hundreds of flyers in it, then I turned out my pockets, and gave them my ID card. I understood the situation the minute they tried to justify themselves: "There are Romanians and Roma who take advantage of distributing flyers in postboxes to steal from homes". A feeling of impotence and humiliation came over me. I knew that if I'd been Romanian or Roma, they would have told me the same thing about the Maghrebis.

There are no reasonable grounds for this type of racial profiling. The police aren’t stopping certain people because they believe them to have committed a crime or because they were caught red handed, but because their bodies create constant suspicion. The Ombudsman himself recommended government intervention to end the use of these practices. The European Commission against Racism and Xenophobia and the European Agency for Fundamental Rights, as well as the United Nations Committee for the Elimination of Racial Discrimination, have also made statements on the subject, repeatedly urging Spain to end this discriminatory practice.

This practice legitimises the police and the State among a large part of the population and increases the distrust of citizens towards these institutions. These are some of the reasons why the previous Madrid City Council, through the Municipal Police, and in collaboration with Open Society Justice Initiative (OSJI) and Rights International Spain (RIS) launched the Protocol for Effective Police Identifications, drawing from the experience of other places where similar initiatives have been implemented, such as Puertollano and Albacete. The first results in towns such as Fuenlabrada, Castellón and Girona were positive. The procedure has been used before in other European countries, where it has been demonstrated that stop forms help end unjustified stops by obliging the officer to indicate the reason for the stop and the ethnic-racial origin of the person.

"The project in Ciudad Lineal activated one of the most promising tools available in the fight against racial profiling in Spain." Said Isabelle Mamadou, an expert in human rights for people of African descent, who pointed out that when the UN Working Group of Experts on People of African Descent visited Spain last year they concluded that racial profiling was "an endemic problem in the country". She helped prepare the report and thinks that suppressing a project aimed at preventing the over-criminalization of ethnic minorities by State agents constitutes "a step backwards in the fight against institutionalized racism. It also strongly discourages civil society actors involved in the fight against discrimination".

Mamadou is part of the Implementation Team of the Decade of Afrodescendants in Spain. Together with other social actors she has participated in the development of the PIPE project in Ciudad Lineal. She has directly experienced the consequences of discriminatory stops. In September 2017 she was in the neighborhood of Lavapiés, in Madrid, along with representatives of other human rights organizations, when they witnessed the police racially profiling several black people. They decided to intervene, and in return were on the receiving end of sexist and racist insults from the police officers. After this they decided to denounce Spain before the UN. In fact, they were together that day because they had come to provide training on the use of racial profiling by the police.

Polices forces from across Europe meet to share experiences

The first steps to implementing the Effective Police Identifications program in Ciudad Lineal were taken in May last year. The Area of Health, Safety and Emergencies of Madrid City Council along with RIS and OSJI organized a seminar on "Community Police and Stops", which brought together police forces from across Europe that have used a tool to end racial profiling. After this meeting, RIS organised a trip to Northampton in the United Kingdom, where various authorities of Ciudad Lineal Municipal Police, together with representatives of a number of Madrid collectives, had the opportunity to learn first-hand the work of the metropolitan police in the implementation of the protocol. During this trip they attended training sessions on the British standard on identifications, as well as on supervision and data recording. They were also able to accompany the British police on their patrols to see the procedures in action.

The aim of PIPE is to improve procedures in this area and guarantee the rights of a diverse society through the implementation of the forms that officers have to fill in. The forms collect data on the way the stop was carried out and where it happened to measure whether certain groups receive disproportionate pressure. The programme has benefited from the collaboration of civil society and the involvement of local police.

In the context of the program, RIS and OSJI organised a workshop at the beginning of this year in which residents of the district, citizens' rights organisations, the Madrid City Council and the Municipal Police analyzed the needs of the population affected by racial profiling and listened to their contribution to the analysis and debate on the data extracted from the protocol. The workshop aimed to connect the various parties, creating a climate of trust between them. The collectives considered the implementation of the project a success and urged the authorities to extend it to the whole city and to other police forces. The agents who participated addressed the need to break with the resistance experienced since the beginning of its implementation, and to perceive the tool as a way of improving coexistence and not as a mechanism of control or suspicion over their work. They all demanded new spaces for common work and dialogue to be put into action. They also called for the implementation not to be just a temporary measure but to become an established model of security.

In the same way, Mamadou explained that initiatives like this represent an opportunity to develop trust towards the forces of law enforcement and to improve the interaction between police and ethnic minority groups because they "promote a culture of good treatment and transparency towards those stopped". She points out that one of the most positive aspects of the project has been the coordinated work with other activists, NGO representatives and police officers willing to enter a dialogue and collaborate with civil society to promote human rights. For all these reasons, she argues that the decision taken by the new City Council will end up encouraging the impunity of law enforcement agents. 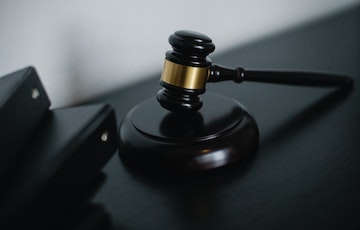 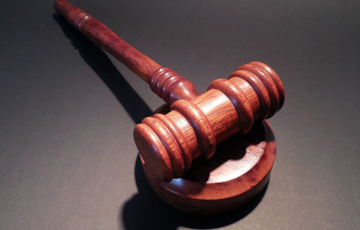 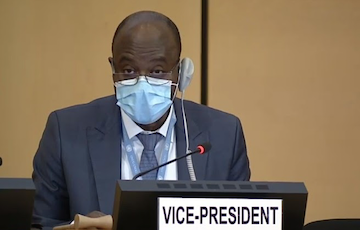