​Lithuania's Response to the Migrant Crisis: Milling About in Confusion, Curtailing Human Rights, and Building a Wall

With the flow of migrants showing no signs of tapering off, the authorities have resorted to strict measures that potentially violate human rights.

In response to the increasing number of people illegally crossing the state border from Belarus, the Lithuanian Parliament declared a state of emergency in July and fast-tracked amendments to the Law on the Legal Status of Aliens, providing for the ability to significantly curtail migrants' rights. With the flow of migrants showing no signs of tapering off, the authorities have resorted to even stricter measures that potentially violate human rights.

Lithuania blames the Belarussian regime of organizing a slew of illegal migrant border crossings. According to officials, this rate of migration, several dozen times higher than the norm, is caused by a network of travel agencies in Iraq established by Belarus (some of which officially provide border crossing services into Lithuania), a very lax visa policy, and even Belarusian border guard collaboration.

According to the information accessed on August 5, 4.11 thousand people have crossed the Lithuanian border illegally in 2021, mostly from Iraq (2797). However, migrants also include people from Syria, Iran, Afghanistan, the Congo, and other frequent places of origin for asylum seekers coming to Europe.

Amendments to the law

On July 12, Lithuanian human rights organizations wrote to the authorities warning that the amendments to the Law on the Legal Status of Aliens (slated to be adopted the following day) were in breach of the country's international obligations and human rights standards.

Dainius Žalimas, the former President of the Constitutional Court, commented that by removing this right to appeal the adopted amendments clearly violated the Constitution.

The detainees have told reporters that even their basic needs were not being met in their places of detention. At the Rūdninkai grounds, which housed about 800 migrants in early August, individuals showed murky water that they had to drink, claimed to only receive one meal a day, and said that the tents they’re forced to live in get wet when it rains. Moreover, the migrants also claimed that they felt like prisoners and that they did not know what would happen to them, since they received no information on the processes affecting them.

At the beginning of August, the Minister of the Interior issued an order instructing institutions responsible for the protection of the Lithuanian-Belarusian border to make sure that persons cross the land border only through designated checkpoints. Any other crossings must be prevented. To enforce this, officials were allowed to use mental and physical violence against migrants crossing the border illegally. This restricts a person's right to seek asylum in a safe state. Moreover, such actions may amount to a mass return of migrants.

Help us fight for your rights! Donate
In July, the public was told that the authorities have begun building a concertina (razor) wire fence on the border with Belarus. The government had allocated €4.8 million from the state reserve for the construction. Later, it was announced that a 2-meter tall fence would be built with concertina wire on top, raising the total cost to around €41 million. At the beginning of August, Rustamas Liubajevas, the head of the State Border Guard Service (SBGS), informed the media that he had presented the idea for a technical engineering barrier to the members of Parliament. This physical barrier would consist of two physical features, or lines of protection: a concertina wire barrier with a 4-meter tall metal fence next to it (which would also feature concertina wire on top). Right now, the project looks like it will cost €152 million.
Civic Space Policy Paper 2022 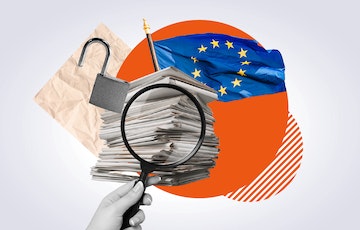