The European Court of Human Rights has once again found Italy guilty of violating Article 3 of the Convention on Human Rights , which prohibits torture and inhuman or degrading treatment or punishment.

Three new judgments from the European Court of Human Rights (ECtHR) against Italy find a violation of Article 3, one of the core articles of the European Convention on Human Rights (ECHR). The three judgments regard two different events that took place in two different settings and at two different times: at the Bolzaneto barracks during the 2001 Genoa G8 summit, and at the Asti prison in 2004. The Italian state will have to give the applicants more than 4 million euros in compensation.

The Genoa events that led to the guilty verdicts can be separated into two distinct actions: the storming of the Diaz School during the night of July 21, 2001; and the abuse that took place in the Bolzaneto barracks.

In April 2015, the ECtHR had already ruled on the application submitted by Arnaldo Cestaro, who was at the Diaz School on the night of the storming, granting him compensation from the Italian state. The crucial point of the ruling was the clear condemnation of the law enforcement authorities’ conduct, which was found to be in violation of the Article 3 of the ECHR, that prohibits torture, inhuman and degrading and treatments. The Court also criticized the inadequacy of Italian law, which at that time did not include the crime of torture in the penal code and imposed a statute of limitation for prosecuting such serious allegations.

In June 2017, the ECtHR condemned Italy a second time for the same events perpetrated by law enforcement officers at the Diaz School in Genoa. In the judgement, that essentially builds up on the Cestaro case, the Court reiterated its concerns on the lack of law punishing the offence of torture.

The latest judgement (of October 26, 2017) of the ECtHR concerns the events that took place at the Bolzaneto barracks, where the protesters arrested during the G8 disorders were abused by the police forces and the doctor. After analyzing all the facts, the Court found a violation of article 3, and not for inhuman or degrading treatment, but for the most serious crime: torture.

In the judgement, the ECtHR recognizes the efforts made by the domestic courts in order to carry out the investigations notwithstanding the lack of cooperation of the police forces. However, the Court underlined that the statute of limitations and the lack of the crime of torture at the time of the trial (the Court noted, in fact, that meanwhile the crime of torture has been introduced in the criminal code) let many of the perpetrators go unpunished.

In 2004, two detainees of the prison in Asti, Claudio Renne and Andrea Cirino, were brutally beaten by officers of the penitentiary police. The facts emerged only later during a different investigation. The violence was systematic and occurred especially at night: prisoners were beaten, subjected to sleep deprivation, and denied water and food. During the winter, they were locked up completely naked in so-called 'smooth cells' lacking windows and heating. The detainees were forced to drink from the toilet several times. Renne was locked up in such a cell for two months.

Also in this case, the ECtHR found that the ill-treatment that the applicants endured amounted to torture, prohibited by Article 3 of the ECHR. As in the previous case, the Court found that the domestic court had done all that was possible in order to establish the facts and had found those responsible for the ill-treatment; however, the lack of the crime of torture in the criminal code had made it impossible to punish those responsible. The court also underlined that the fact that the involved police officers had not been suspended from duty during the investigation and trial and could have discouraged, through threats or intimidation, complaints from other people who might have been subjected to ill-treatment.

"Today’s double sentence shows once again the impunity that has characterized Italy in the latest years," writes Patrizio Gonnella, president of Liberties member Antigone. "For many years in our country, there hasn’t been a way to have justice and, once again, we had to wait a European decision."

Italy recently underwent a periodic review of the UN Committee against Torture, to which Antigone has presented a shadow report. 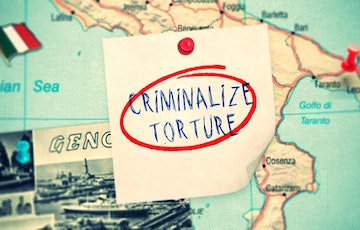 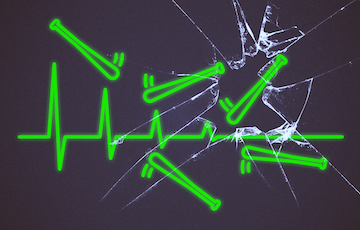 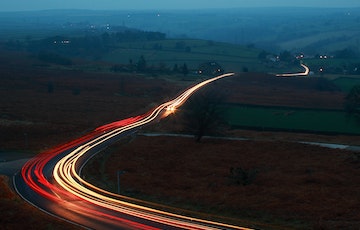