The documentary, which focuses on two people who witnessed the atrocities of war firsthand, will be screened in the Italian Senate to stimulate a debate on crimes against humanity.

The International Day for the Elimination of Sexual Violence in Conflict is on June 19. For this occasion, the Italian Senate has organized a special event on Friday, June 17: a debate on the theme "Crimes against humanity and war crimes" will take place following a showing of the movie "La Linea Sottile" (The Thin Line), by directors Paola Sangiovanni and Nina Mimica.

The two filmmakers created the documentary after extensive research on archive materials. The film's plot is structured around the testimonies of two people directly concerned by the issue of war crimes.

The movie tells the story of Bakira and Michele. Bakira is a victim of the war in the former Yugoslavia in the early 1990s, and thus witnessed the violence perpetrated by the Serbian paramilitary on civilians.

Michele is a former Italian soldier assigned to the international mission in Somalia during the same period, whose contingent was directly responsible for atrocious violences against the civil population.

"La Linea Sottile" is far more than a simple documentary, as it aims to stimulate a debate on complex and crucial issues.

“We felt the strong need to speak about the many meanings of violence - the prevarications of the stronger on the weaker, the issues of war-related abuses, the drama of violence towards women," explained the two filmmakers.

One of the main aspects of the movie is the understanding of the mental process of the two witnesses. With Bakira, they tried to understand the ever-lasting consequences of her experience and the difficulty in continuing "to live with the horrors etched in memory," Mimica said. 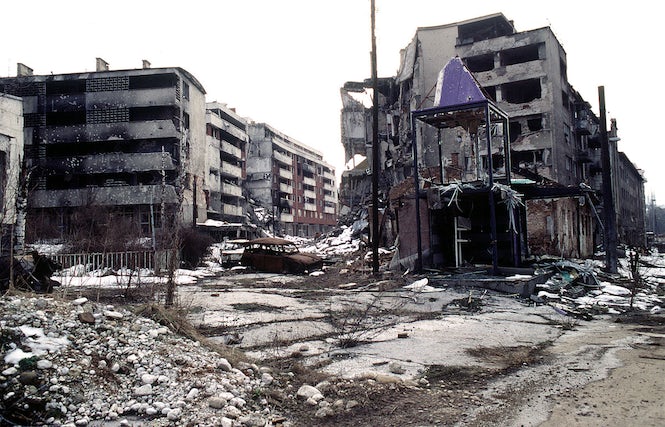 With Michele, they tried to deepen their knowledge of the other side of the story, giving him a chance to speak about what his contingent had done to civilians, as well as about the long process through which he gained awareness of the seriousness of what had happened.

There is a proper balance between the two testimonies: that of the (female) victim and (male) perpetrator — and this is because the aim of the documentary is not only displaying the stories on screen, but also getting to really understand them.

Understanding violence does not mean to accept or justify it — but thanks to Michele's testimony, the movie highlights how the border between good and evil becomes blurry during war, as violence just becomes a component of daily life for both soldiers and civilians.

Explaining war crimes to end them

The directors got really emotionally involved in their movie, which they define as "a travel into the heart of darkness."

Beyond the will to denounce the horrors suffered by the civilian populations during war time, there is a deeper intention to raise the awareness and to change things by speaking about them.