Rights International Spain has sent a letter to the UN Special Rapporteur on racism to inform him about the recent increase in institutional Islamophobia.

Rights International Spain has addressed the United Nations special rapporteur on contemporary forms of racism, racial discrimination, xenophobia and related intolerance to inform him of several examples of institutional discrimination against Muslim and Arab communities in Spain, especially in the wake of the attacks that took place in Paris at the beginning of January. The letter specifically highlights the police harassment to which these communities (or individuals that simply look "Arab") are subjected, and points out certain statements made by public officials that stigmatize these groups and could encourage an increase in Islamophobic attitudes among the general public.

The letter firstly refers to some "recommendations" issued by the National Police Force at the Provincial Headquarters of Western Andalucía, regarding "actions involving persons of Arab origin." These orders have begun to foster disproportionate and unjustified surveillance of a sector of the population on the sole basis of their features (that is, ethnic profiling), as well as stigmatizing these communities, promoting less favorable and therefore discriminatory treatment. Among these recommendations was one requiring that officers pay "special attention to Algerian nationals" since they are "more conflictive than Moroccans and special security measures should be taken when stopping them." Officers were also urged to be especially on guard with persons of "Arab appearance" in situations that would otherwise be considered normal. Officers were also prompted to stop and search any "Arab individuals" found using a laptop or recording videos in a vehicle. They were even urged to seize or photograph documents in the possession of these persons if any "texts in Arabic" were found to be present.

Although the Directorate General of Police annulled these recommendations after they appeared in the media, it is still not clear who was responsible for issuing these illegal orders or if any disciplinary measure has yet been taken on the matter, despite the seriousness of the matter. What is worse, as the text sent to the rapporteur states, although no further written orders have been issued, it is likely that similar instructions are being given at many police headquarters, leading to a disproportionate and unjustified monitoring of persons of the Muslim faith or who have Arab physical features. In this regard, we can see examples of disproportionate control practices carried out on Muslim communities in recently documented cases in Asturias and Madrid. If in 2009 the European Union Agency for Fundamental Rights already perceived a pattern of disproportionate stop and searchers of Northern African Muslims in Spain, these practices seem to be worsening in recent times.

"Integrate or be expelled"

These practices take place in a context where public officials are using a discourse that links immigration with terrorism. The interior minister went as far as to justify the summary returns of migrants from Ceuta and Melilla by insinuating that migrant individuals that try to enter Spain are "Islamist terrorists," when, according to UNHCR figures, many of them are really refugees fleeing from conflict zones. The president of the autonomous community (regional government) of Madrid made recent statements in which, with reference to the "challenges of combating jihadism," he linked immigration with terrorism, stating that "if immigrants don’t integrate, they must be expelled." Let us not forget that the Council of Europe's human rights commissioner, in a press conference during his last visit to Spain, warned precisely of the need to not link terrorism to immigration, and urged states to not sacrifice human rights in the struggle against terrorism.

Rights International Spain has relayed to the rapporteur its concern that these discourses and stigmatizing police practices aimed at Muslim and Arab communities may foster racist and Islamophobic attitudes among the Spanish public. In a recent survey conducted in different countries, Spain was highlighted as one of the places in Europe with the highest rates of Islamophobia. According to the study, 46 percent of the Spaniards surveyed opposed the presence of Muslims in their country, despite the fact that the Muslim population in Spain is considerably lower than in other countries in the region.

All of this information has been conveyed to the rapporteur with the hope that he calls on the Spanish government to remember its obligations enshrined in the principal of non-discrimination based on ethnic origins or religion. 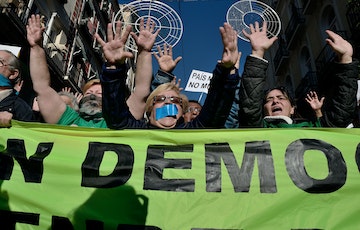 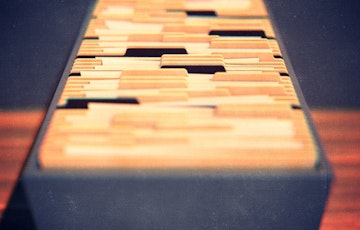 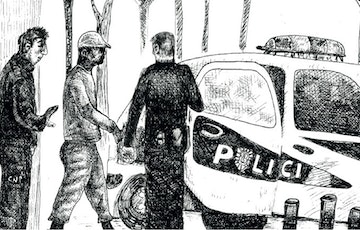