When We Unite Across Our Differences, We Can Demand a Government That Cares for Us

Some politicians spread hatred to distract us from their COVID-19 failures. They hope we'll be so busy blaming minorities that we won't focus on demanding the care our politicians should be providing. But united, we can stop this.

Our governments are supposed to guide us through the pandemic as safely as possible. When we pick our leaders in elections, we give them power to use for the good of all of us. But some politicians aren't in politics to do what's best for the public. They're just in it for the power and the money. They'll do whatever it takes to get into government and stay there. And when they fail us, they will do everything to distract us by blaming someone else.

These politicians and their friends in the media are trying to divide us against each other by spreading lies, or misinformation, and blame other people for the damage caused by the coronavirus. They blame people who've come here from another country, or the Chinese government, Roma persons, LGBTI persons, or people who practice Islam. But the real reason is that these politicians have failed to take the right decisions that would stop the virus spreading and give us the support and care we need.

Why are some politicians trying to divide us?

During the course of the virus, we may see infections and death rates climb, too few hospital beds, or people who lose their jobs struggling financially. And the public naturally wants to know why these things are happening. For example, why doctors don't have enough equipment, why the government hasn't been testing more people, why bars and restaurants have been allowed to stay open so long, or why we aren't using our taxes to support people who've lost their jobs.

Politicians don't like difficult questions. But responsible politicians care about the people who elected them, they listen to voters' concerns and try to find ways of answering them or ways of doing a better job.

Unfortunately, in some countries, some politicians just want to prevent their voters focusing on these questions at all. Instead, leaders in these countries spread misinformation that puts the blame on other people to distract voters from their own failures. Failures like corruption, when they give public money to friends who own businesses, instead of investing in hospitals. Or when they use our taxes to bail out wealthy corporations instead of supporting workers who've lost their jobs. Or when the authorities just take bad decisions because people in government got their jobs through personal favours instead of experience and qualifications.

Why is this bad for us?

Spreading lies that try to blame certain groups in society will divide our communities against each other. Some people who have strong prejudices use these lies as an excuse to insult, intimidate or physically attack people in our communities just because of how they look, whom they pray to or whom they love. Attacking people because of where they are from or what they look like amounts to hate speech or hate crime. And it is so harmful that European governments have created human rights laws that require these crimes to be punished more seriously than crimes that aren't motivated by racism or homophobia.

Mistreating people just because of things like their appearance tears apart the fabric that connects our communities. It becomes harder for us to look out for each other and work together when people become more suspicious of those who look or sound different from us.

Many of us become distracted from asking questions about what the government should be doing and confused about who is to blame. Some of us become focused on trying to stop racism and rebuild trust. Others who believe the lies will continue to spread them.

If we don't trust each other, if we are divided and distracted, it becomes difficult for us to focus our attention on forcing our governments to take the right steps to care for all of us. And this allows those politicians who don't really care about us, to stay in power even though they are doing a bad job.

What can we do?

Power-hungry politicians and their friends in the media who try to divide us against each other during a health crisis are putting us all in danger. They're not doing their jobs properly, and then they pit us against each other, so we are too distracted to notice and demand the care we are entitled to. But we can put this right.

Whenever these politicians or media companies tell lies that try to divide our communities and that lead to hate speech or violence, they’re committing a crime and they should be prosecuted. Other politicians need to be brave and speak up to condemn hate speech. When a hate crime is committed by ordinary people, they also need to be prosecuted, and those who have been harmed need to be given support. These things are important because doing them lets everyone know that this behaviour is against the rules of our society.

We can also make it more difficult for politicians to spread misinformation. For example, by making sure that the public broadcaster in every country is independent and has enough resources to report good quality news. If we always know where we can go to check for reliable news, then we are less likely to be misled by lies.

Our leaders have a responsibility to care for us. If we unite across our differences, we don't just create stronger communities where we look out for each other. We can also speak with one powerful voice to demand that our politicians look after all of us in society. 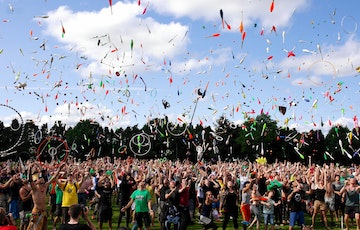 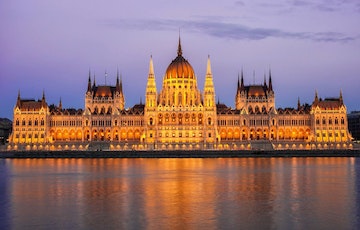 Some Governments Are Using Coronavirus as Excuse to Grab More Power 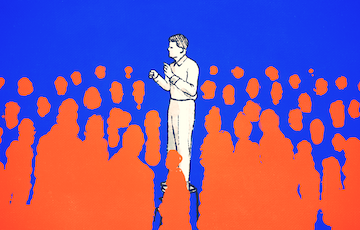