Cash-for-residency programs exist in many EU countries, but the income these schemes generate too often comes from people with connections to organized crime and corruption, putting the security of the entire bloc at risk.

Update: In a report published on 23 January, the European Commission warned member states that golden visa schemes pose a security threat, highlighting insufficient background checks as a cause of great concern.

Citizenship in the European Union has become a luxury commodity. More than a dozen EU countries now offer programs that allow wealthy foreigners to make investments – most often through real estate or government bonds – in exchange for residency or citizenship, known as "golden visas." But while these schemes are extremely lucrative, they are also dangerous and irresponsible, inviting foreigners (disproportionately from China and Russia) with criminal backgrounds into the bloc.

For between €250,000 (in Greece or Latvia) to €10 million (in Austria), wealthy foreigners can purchase residency permits or passports in EU countries. It's a lucrative business: Cyprus has raised €4.8 billion since 2013 through sales of more than 3,000 passports; Malta raised some €700 million since 2014 with its scheme, while Portugal has earned roughly €4 billion by selling 17,000 residence permits since 2012.

Golden visas are not a European phenomenon. In fact, they began in the 1980s, when financially strained Pacific and Caribbean countries used their tax-haven status to attract wealthy foreigners through residency or citizenship programs. For the governments, these programs were a smash, and by the beginning of the 21st century, the IMF estimated that roughly 25 percent of all countries had some sort of investment-for-residency program.

The financial crisis of a decade ago provided the impetus for many EU states, such as Portugal and Spain, to begin selling golden visas, and such schemes now exist in 13 EU countries. Austria sells passports, while Luxembourg, Latvia, Portugal, the Netherlands, Greece, Ireland, the UK, Spain and France sell residency permits. Bulgaria, Malta and Cyprus sell both. Hungary maintained one of the most active golden visa schemes in the EU before ending it in 2017 – some 24,000 foreign nationals obtained residency permits there between 2013 and 2017, or roughly 20 times the number of asylum seekers (1,300) the government refused to take in under EU resettlement agreements.

...and a dangerous one

According to the report "European Getaway – Inside the murky world of golden visas," published by Transparency International (TI) and Global Witness, over the last decade, golden visa schemes have brought more than 6,000 new citizens and 100,000 new residents into the EU, most with highly questionable sources of their wealth. The security concerns created by these schemes are real, and they have become so great that the UK announced the suspension of its program in December 2018, after the government acknowledge that it was a security risk.

They’re right. The TI report found that golden visa applicants to the UK have a success rate of 91.1 percent, and that is actually one of the worst success rates in the EU. Moreover, the criteria for approval vary greatly between the member states, with many seeming to take background checks only as far as a Google search allows – and even then, obvious red flags are overlooked. Hungary ignored the fact that the family of Russia’s spy chief is under EU sanctions when it awarded them residency permits two years ago; Malta wasn’t persuaded by money laundering investigations in Finland against one Russian oligarch it sold a passport to, and Cyprus looked the other way in selling a passport to a Russian oligarch who was questioned for money laundering by Spanish police.

But a country's lax criteria don’t just allow corrupt foreigners into that country. Indeed, a big selling point of EU golden visa schemes is the fact that, thanks to the Schengen area, they allow buyers unfettered travel throughout the bloc. Thus inviting one of Russia’s leading mafia figures to settle in Hungary, which the government did, not only decreased the security of Hungarians, but of all European Union residents.

Golden visa schemes look especially bad for the European Union against the backdrop of current migration issues. As member states continue efforts to thwart genuine – but largely impoverished and non-white – asylum seekers from entering the bloc, they are actively courting moneyed foreigners whose wealth was acquired through dubious means. Ships full of migrants who are fleeing for their lives are forced to idle in the Mediterranean with no place to dock, while former mafia kingpins and money launderers from Russia and elsewhere are invited to become EU residents.

According to 2017 statistics released by Asylum Information Database, Portugal rejected around two out of every three asylum seekers; France and the UK had even higher rates of rejection. Yet all of these countries accept more than 90 percent of golden visa applicants. The European Union was founded around a belief in human rights and the equality of all people, but this is simply not the practice of so many of its member states. Those who need to enter the bloc to stay secure, to stay alive, are routinely told to go back to where they came from, while Russian and Chinese nationals with criminal pasts are invited to become EU citizens.

Of course, even those who cannot overlook the dubious morals of golden visa schemes can acknowledge their benefit. Such schemes bring states much-needed income, growing the government’s coffers while at the same time introducing wealthy residents who spend money at local businesses. But such for-profit schemes invite greed to override other concerns, and this seems to be what has happened in many EU countries.

Cyprus is now making a yearly average profit of roughly €914 million, according to the TI report, but, as noted, the government seems to care very little about how its wealthy new citizens made their money. Couldn’t the government settle for a little bit less and turn away any applicants with ties to organized crime or money laundering? It doesn’t seem like such a big ask, but, then again, it’s not a question Europeans should even need to ask their elected leaders. Profit should never come before security, especially as many EU governments peddle the fiction that welcoming poorer migrants will lead to huge spikes in crime.

Although golden visa schemes are unlikely to disappear from the EU anytime soon, there is some support at EU level for terminating them. “EU passports and visas are not a commodity. Money should not be the criterion for citizenship and residence rights in the EU,” Sven Giegold, a spokesperson of the Greens in the European Parliament, said recently. “We need a European law to curb the sale of European citizenship rights and we need to step up the fight against money laundering. The Commission must set minimum standards for these programs and ensure that they comply with all governments offering passports and visas to investors.”

The center-left ALDE group in the European Parliament released a video last year that called for EU-level oversight of the schemes and for residency to be based on need and merit rather than wealth. The growing pressure is bringing some change: the European Parliament released a study in September 2018 that explored ways to change the schemes to improve security, and the European Commission has promised to look at the issue more closely.

Hopefully, with added pressure from European politicians and citizens alike, member states will reform or terminate their programs and finally start putting people before profit. 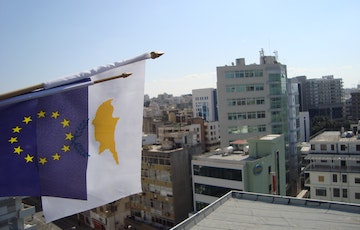 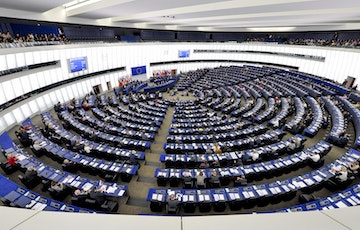 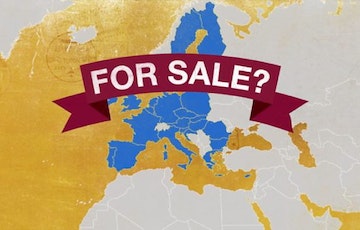