By refusing to grant a residence permit to a foreigner in a same-sex couple, Italy violated multiple articles of the European Convention on Human Rights, and the state must now pay 38,000 euros in compensation.

The European Court of Human Rights (ECtHR) held that Italy discriminated against a gay couple by not granting a residence permit to them on family grounds.

As a result of this violation of the European Convention on Human Rights, the Italy must pay compensation to the applicants.

The applicants, Roberto Taddeucci and Douglas McCall, are Italian and New Zealand nationals. They are a homosexual couple that decided to settle in Italy. McCall applied for a residence permit on family grounds, which was granted by the Florence District Civil Court.

This decision was appealed by the minister of internal affairs. The Florence Court of Appeal found in favor of the minister's appeal, ruling that the New Zealand authorities had accorded Taddeucci and McCall the status of "unmarried partners" and not that of "members of the same family." The appellate court held that New Zealand law was incompatible with Italy's because it regarded same-sex couples as partners, and that the law could be interpreted as conferring the status of family members on such persons with a view to issuing them with a residence permit.

Taddeucci and McCall then filed an appeal of their own. The Italian Court of Cassation dismissed their claim, ruling that the legal concept of "family member" included only spouses, children under the age of majority, adult-dependent children and dependent relatives.

By six votes to one, the ECtHR held that the couple suffered unjustified discrimination when Italian authorities refused a residence permit on family grounds. Italy violated both Article 14 (prohibition of discrimination) and Article 8 (right to respect for private and family life) of the European Convention on Human Rights.

As compensation, Italy must now pay the applicants 20,000 euros in damages and 18,000 euros for legal costs and expenses. 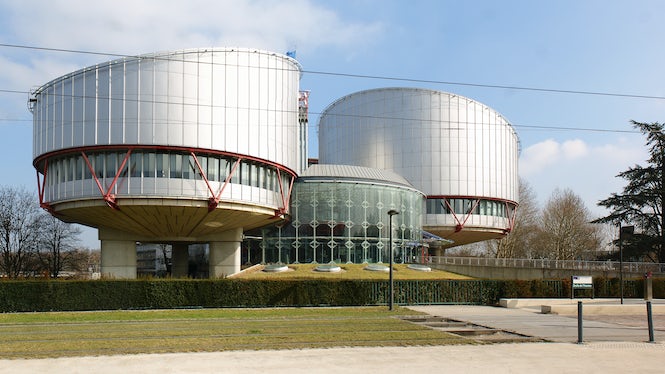 The court held that treating same-sex couples differently to opposite-sex couples for the purposes of granting residence permits for family reasons is a violation of the right to freedom from discrimination based on sexual orientation.

A gay couple could not be understood as comparable to that of an unmarried heterosexual couple, as they are excluded from being able to get married. Because they cannot obtain any other form of legal recognition of their status in Italy, they could not be classified as "spouses" under national law.

For this reason, the court rejected Italy's argument that is was justified in denying the request for a residence permit because the couple did not constitute a "traditional family." The restrictive interpretation of the concept of a family member has been an obstacle for same-sex couples and, in this case, breached the applicants’ rights.