A new project in Italy aims to make Roma children more conscious about their standard of living and inform them about their rights.

Amarò Foro means "our city” in the Romany language, and it is also the name of the project initiated by the Associazione 21 luglio in January 2015.

The project is aimed at children and adolescents of Roma origin living in housing centers in the suburbs of city of Rome. It is based on artistic and musical activities and especially focuses on the action of making children conscious about their standard of living and raising awareness on the civil rights of Roma people.

Children of the Amarò Foro project are dedicated to the preparation of their performances, which are organized by the Asssociazione 21 Luglio. One of the events was a flash mob in the square of the Pantheon, in Rome, and the other one was a little show in Vascello Theatre about the state of Roma Salento families.

Both performances allude to the living conditions in certain formal and informal settlements and the forced evictions. 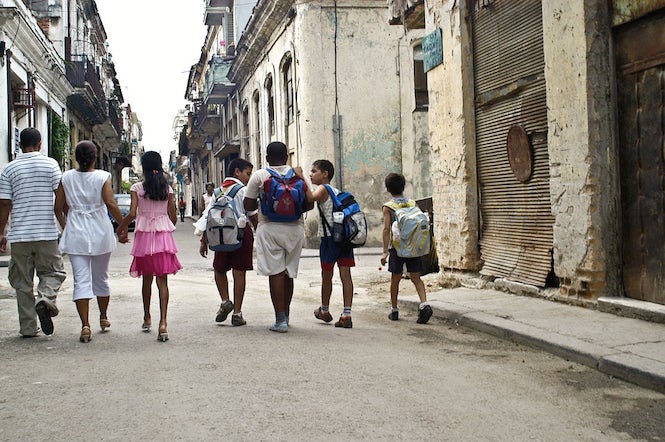 How do children understand the situation?

Besides the fun and games, the project dedicates a specific time to collective discussion on the issue of forced evictions, during which the children have their own say and can share their experiences and emotions.

Most of the children are conscious of forced evictions — they know the circumstances and consequences of them, and a few of them have already experienced a forced eviction.

These discussions help make children more aware of the situation around them and develop an appropriate knowledge about their opportunities and rights in the future.

Why are forced evictions are so harmful?

Evictions generally have severe impacts on the rights of people, especially on the rights of women and children. In order for children to develop both physically and mentally, an appropriate house or flat is necessary with a healthy environment.

Children who are forced to the streets are marginalized and socially excluded, and their rights are regularly ignored and denied by society in general. They remain vulnerable, unable to escape this lifestyle, and most quickly drop out school.

The Amarò Foro project has a goal to strengthen the identity and understanding of children through art and music, allowing them to process the impacts of evictions.