The European Court of Human Rights has recognized and agreed with the rulings of Serbia's Constitutional Court that the bans against four Belgrade Pride parades were unconstitutional.

The European Court of Human Rights did not deem it necessary to find that the bans breached the European Convention on Human Rights when it came to freedom of peaceful assembly and freedom of expression, as the Serbian government had granted permission for subsequent Pride Parades to take place from 2014 to 2016.

The Strasbourg court opined that this was a positive trend owing to the fact that in 2014 and 2015 the Pride Parades had been held with official permission and police protection, passing without incident, and deemed this as a continued positive trend. As a result, the Court stated that the complaints of the applicants, which focused on legislation relating to freedom of peaceful assembly and freedom of expression highlighted in the Pride bans of 2009, 2011, 2012 and 2013, could not be applied and were therefore resolved because significant change had resulted from 2014 to 2016.

The application to the Court was made by the Organizing Committee of Belgrade Pride, which included Goran Miletic, program director for the Western Balkans at Civil Rights Defenders. The bans concerned four years – 2009, 2011, 2012 and 2013 – when the Serbian government cancelled the parades, often at the last minute and with many excuses, rather than protecting the right to freedom of assembly and other basic rights.

Civil Rights Defenders has been a constant presence in the Western Balkans since 2000 and an important catalyst for addressing minority rights, discrimination and hate speech, especially against the LGBT and Roma communities.

"One of my main motivations for taking this action was linked to the never-ending 'excuses' that we got from the authorities for banning the Belgrade Pride Parade. Everything from traffic obstruction to moral issues and security. Of course, such reasoning provided the authorities with a way to justify them not doing their job – more importantly protecting peaceful citizens from hooligans and extreme right wing movements intent on destroying human rights," said Miletic.

The Belgrade Pride Parade is often seen as test of how much the government of Serbia is committed to empowering not only human rights but the rule of law in general. Serbia has also violated their own Constitution and failed to live up to international standards and conventions and the court ruling goes some way in addressing this issue.

The Constitutional Court of Serbia had ruled in May of 2013 that the ban on the Pride Parade 2011 was a violation of the constitutionally guaranteed right to freedom of assembly, and the court even awarded damages to the Belgrade Pride organizers. 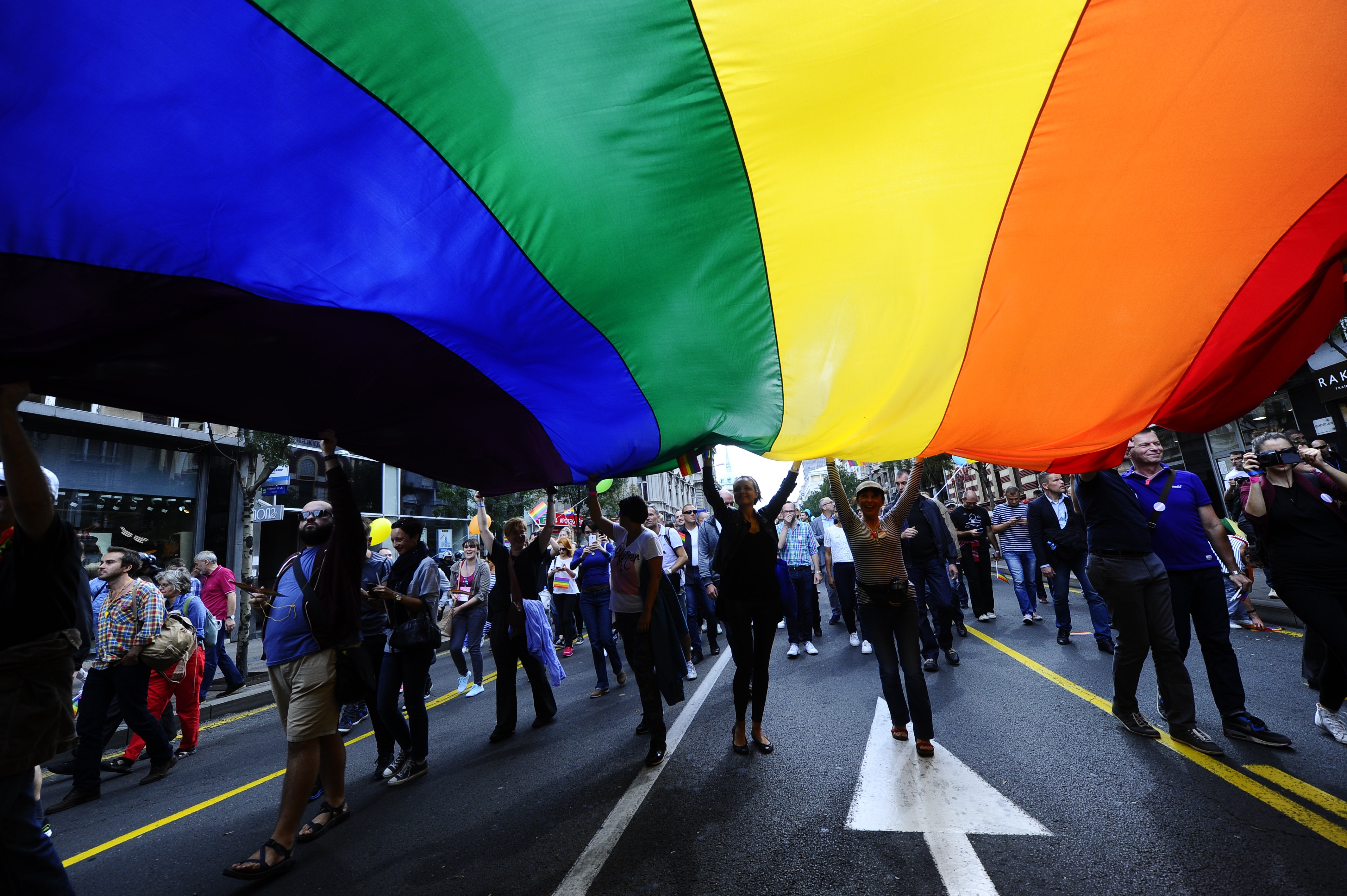 This was followed by a second ruling from the same court concerning the prohibition of the Pride Parade back in 2009. In December 2011, the Constitutional Court ruled that the banning of this Pride Parade had also violated the Constitution and in its ruling concluded that the decision of the Ministry of Internal Affairs, ordering the organizers to switch the venue of Parade 2009, violated article 54 of the Serbian Constitution.

The Belgrade Pride 2011 organizing committee lodged a similar constitutional complaint after the prohibition of Pride 2012, and legal proceedings relating to each ban were then submitted to the European Court of Human Rights.

Despite the European Commission’s protests that the decision of then-Prime Minister of Serbia Ivica Dacic to ban the parade went against fundamental human rights, the prime minister deemed his decision as a great victory to Serbia.

Serbia earned candidate status to the EU earlier the same year, yet the bans continued for the next two years. The Serbian LGBT community had struggled for many years against discrimination and homophobia, and the resulting attitudes of the Serbian government went on to reinforce how anti-discrimination legislation was a mere smokescreen rather than a reality.

Civil Rights Defenders had the opportunity to interview Goran Miletic, regarding the significance of the ECtHR ruling and whether he views the decision of the ECtHR having any real impact in Serbia. 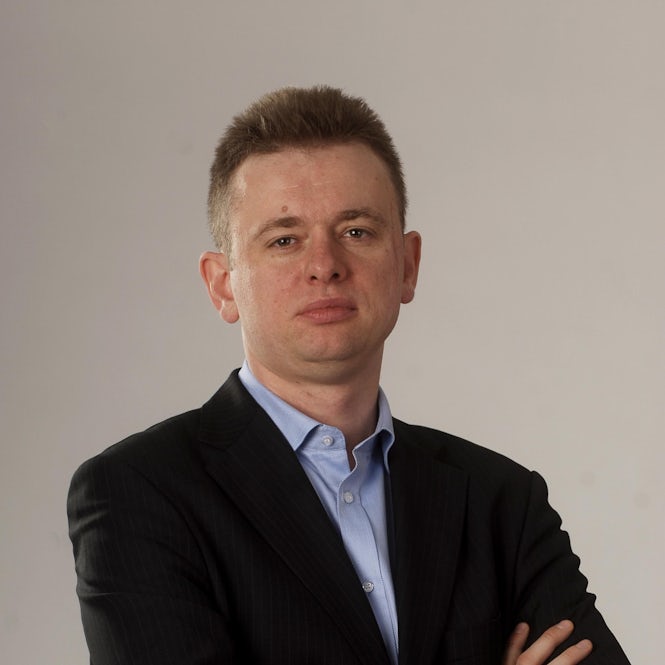 What was your inspiration for taking this case to the European Court of Human Rights?

I am of the opinion that the state must be held accountable for the implementation of human rights standards. Representatives of the governments in the Western Balkans often think that they are not bound by constitutions, laws and international standards. It is very important to show that we have effective mechanisms in cases where state officials and institutions violate such basic human rights such freedom of assembly.

What message do you think the verdict will send to the Serbian government when it comes to future pride parades in Belgrade?

I had already predicted back in 2009 that we would have several bans in front of us to deal with, but the Pride Parades would eventually become a regular feature in Belgrade sooner or later. That is what happened in the end, through our perseverance – bans were a reality until 2013, but since 2014 we have had regular Prides in Belgrade.. The message is simple – the government must ensure respect for human rights standards to all its citizens, including the ones who are maybe not that popular amongst the majority of citizens.

Do you think attitudes have changed in Serbia since the first Pride Parade ban in 2009? Is it better or worse, and what is the biggest change you have noticed?

All research conducted by Civil Rights Defenders in collaboration with partner organizations shows that progress has been made since 2009. This progress is slow, but more and more people know someone who belongs to the LGBT community and less people think that homosexuality is an illness (approximately 65 percent of those surveyed). However, a big percentage of young people justify violence against the LGBT community and around 20 percent think that LGBT people should be put on the same level as serious criminals. Violence and discrimination are serious problems and the government, prosecutor's office and the courts are often totally inactive when it comes to delivering justice to the LGBT community.

We have seen some LGBT activists in Serbia forced into exile due to hate speech, constant harassment and threats to their lives. What motivates you to do the work you do, and what message would you give to the haters in Serbia?

I am citizen of Serbia and I expect to be treated equally in the eyes of the law. I am not asking for special rights, but I don’t want to hide the fact that I exist only between four walls and accept that I have fewer rights than other citizens. When it comes to hate speech or hate crime, the only response must be through legal channels, and so it is essential that the judiciary must do their job. On the other hand, the role of representatives of the government should be to condemn any form of violence and discrimination, and they are not doing that. Recently, some of them, including the prime minister, even justified violence against human rights defenders. Civil Rights Defenders will continue to assist brave human rights defenders in the region, and I want to contribute as much as I can in my capacity as program director.