In April, three Italian rights groups presented a dossier detailing all the irregularities and violations that have occurred inside the Lampedusa hotspot and other migrant centers.

We have previously written about the inhuman conditions and systematic violations of human rights found at the Lampedusa hotspot by a delegation of lawyers, researchers and cultural mediators from Liberties member the Italian Coalition for Civil Liberties and Rights (CILD), the Association for Juridical Studies on Immigration (ASGI) and Indiewatch.

The complete dossier on the visit was presented on 10 April at a press conference in Rome. The dossier emphasizes the impossible situation in which migrants were forced to live for more than 48 hours. The lack of a canteen, sheets and bathroom doors are just some of the serious shortcomings found there. Hot water was available for only one hour per day and running water was interrupted from 9pm to 7am.

During the visit, the delegation found out that several Tunisian migrants had expressed their will to request international protection, which should have been accepted and formalized within three days (10 days in cases of mass arrivals). Their request was ignored by authorities at the facility.

The inhuman conditions have pushed some migrants to the point of self-harm or rebellion.

Authorities have always suppressed the latter through the use of extreme force and violence. A minor who was interviewed said that he was beaten several times by the police and other adults and was bitten by a police dog.

During the night of 8-9 March, an 8-year-old girl and a 23-year-old woman were victims of violence that forced both to seek care in the local hospital.

Relatedly, two lawyers wishing to represent migrants at the facility, Gennaro Santoro and Giulia Crescini, have been denied access to the hotspot. This is a clear violation of the right to defense.

Appeal to the European Court of Human Rights

After civil society groups filed an appeal to the European Court of Human Rights (ECHR), the center was temporarily closed for renovations. Despite the closure, lawyers will present to the ECHR ordinary appeals to request compensation for those forced to live under inhuman conditions for more than a month.

Two appeals have already been submitted for two families composed of mother, father and minor child and a father with his two minors sons that have been accommodated in the hotspot of Lampedusa even though it was completely inadequate to their situation. The mother was also the victim of an attempted sexual assault.

One hundred people have been transferred to centers for permanent repatriation (CPR) in Turin, Brindisi and Potenza, where they are unlawfully detained under the justification that they are a danger to society, for no reason other than that they were transferred from a hotspot where, following a protest, a fire was started.

In the Potenza CPR, migrants were initially denied access to their lawyer, Angela Maria Bitonti, who was finally able to meet them after the intervention of the National Guarantor of the rights of detained people and deprived of liberty. Moreover, on 26 March in the Potenza CPR, police in riot gear violently quelled a protest.

The dossier has raised several concerns, including systematic violation of the right of defense, the lack of formalization of the request of international protection, the unlawful detention in the CPR and the use of violence by the authorities.

The fear is that these systematic violations of human rights occur in every migrant detention center, as already reported by Italy's National Guarantor and several civil society organizations.

Furthermore, these centers are managed by the same societies that have been already accused of severe violations. Structures similar to the one of Lampedusa could be opened in the south of Italy, bringing to continuous violations of human rights.

The dossier is available here. 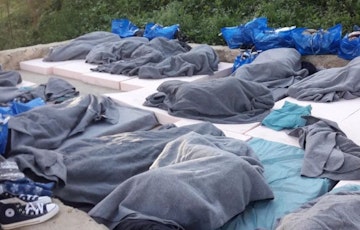 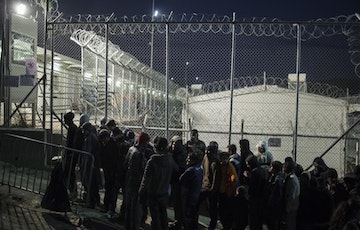 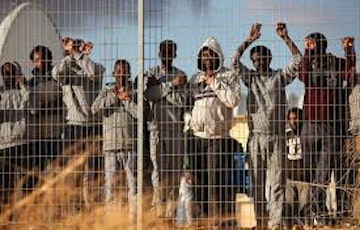