Czech Refugee Debate Would Be Unacceptable in the West

The Czech Republic's good name and little-known language allow xenophobic rhetoric against refugees, even from the country's president, to go largely unnoticed by the West.

The local public debate about the refugee crisis in the Czech Republic is conducted in a manner that would have attracted international outcry in Western Europe, says Andrew Stroehlein of the Brussels office of Human Rights Watch.

According to him, the reputation of the country and the limited outside understanding of the Czech language have thus shielded the country from harsher criticism of its public debate on the refugee crisis.

"If some of the things that resound in the Czech debate these days were heard, let's say in France or Germany, it would cause an outrage. Not only because of the different mood in society, but also because the rest of the world would have immediately noticed," said Stroehlein. In contrast, he says, the Czech Republic, Slovakia and Hungary, three of the four countries of the Visegrad Group, are living in a "comfortable insulated bubble."

In the Czech Republic, the most vocal anti-refugee group is We Do Not Want Islam in the Czech Republic, led by the biologist Martin Konvicka. "Remarkably, the strongest and the most extreme anti-Muslim rhetoric comes from a country where there is absolutely no experience with [Muslims]," said a representative of Human Rights Watch.

Yet far more serious, according to Stroehlein, is the support such groups get from Czech President Milos Zeman in media interviews. Among the president's public statements was a reminder of sorts to all refugees that no one invited them.

"It's bizarre. I think if something like this happened in an EU country with a widely understood language, it would lead to a completely different situation," said Stroehlein. Some controversial statements made by Czech politicians and activists were translated into English and posted on the Internet by Jan Culik.

"Once this gets out of the Czech bubble and some articles and quotations get translated, others will begin to wonder. It is slowly happening. This closed debate should be ventilated," remarked Stroehlein.

It's not the first time of when politicians are trying to take advantage of the concerns and fears of citizens. "It's not new. But I think it's stronger and more mainstream than ever before. And that is worrying," said a representative of Human Rights Watch. 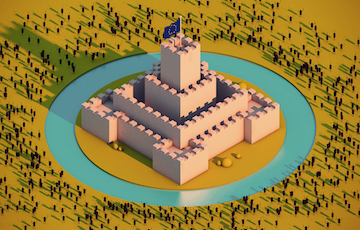 Racism and Xenophobia: The Perfect Excuse to Restrict Freedoms 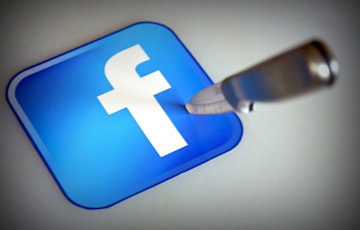 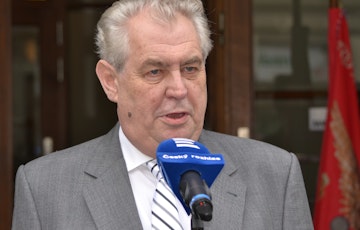