Containers for Refugees: Another Step Back in the Protection of Foreigners in Poland

New accommodation containers for foreigners in Poland have bars over the windows and barbed-wire fences around them, although most house women, children and other vulnerable people.

At the invitation of the Polish Ministry of the Interior and Administration, the Helsinki Foundation for Human Rights (HFHR) presented its comments on a draft regulation that amends the regulation on guarded centers for foreigners and immigration detention centers.

The proposed regulation provides two major changes to the conditions of foreigners’ placement at guarded centers. First, it introduces the option of housing foreigners in container units whose house rules resemble prison security protocols. Second, it obliges centers’ administrators to install bars in windows of living quarters. The newly developed amendments have been justified as a response to Europe’s migration situation and the need to ensure additional rooms for foreigners in the event of a massive influx of refugees to Poland.

"The proposed solution is yet another step towards a more restrictive migration and asylum policy of Poland," says Marta Górczyńska, a member of the HFHR's legal team. “Contrary to what is claimed in the explanatory notes appended to the draft, the regulation is not a response to the real challenges related to the migration situation in Europe because the situation has not appeared in Poland at all. The number of persons applying in Poland for international protection has been stable for years, and the number of foreigners placed each year in guarded centers actually dwindles each year."

In the presented comments, the HFHR notes that the placement of foreigners at housing containers with house rules resembling prison security protocols may lead to violations of fundamental rights, and in particular rights of children and vulnerable persons such as persons with disabilities, elderly persons, pregnant women, traumatized persons or unaccompanied minors. The oppressive character of the containers, which have bars in windows and barbed-wire fences, makes them unsuitable as accommodation for vulnerable persons.

Housing foreigners in containers may ultimately lead to violations of EU laws on accepting asylum seekers and conditions of detention of foreigners subject to return procedures.

"For years, families with children have been the principal group of applicants seeking international protection, including refugee status, in Poland. It is thus difficult to see any real reasons for the ministry’s sudden decision to improve security in guarded centers and housing foreigners in containers. We perceive it rather as an expression of goals of migration policies of the current government," says Ms Górczyńska. 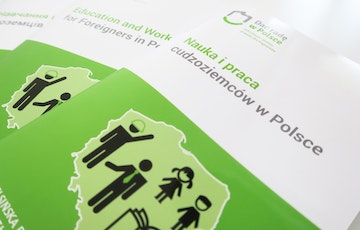 New Brochure Helps Foreigners in Poland With Work and Education 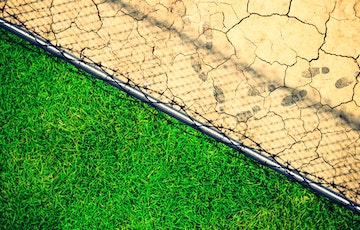 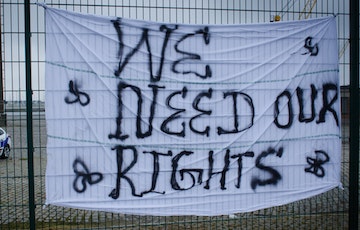