Nowadays, we seem to take many of our freedoms for granted. We could no longer imagine Germany without fundamental liberties such as freedom of assembly or freedom of association. In some EU countries, however, these are increasingly being restricted.

We want to live in a society where we can feel free to say and write what we think without fear of punishment or censorship by state authorities. We want to have the right to protest peacefully against laws that go against our interests or the interests of our fellow human beings. We want to be able to participate in political life and make independent decisions about our own and our children's future. Such freedoms and many others are protected by our civil liberties. Our ancestors fought hard for them over many generations, and yet they can also be restricted again. They must therefore be recognised, valued and protected.

What are civil liberties?

Civil liberties allow us to act freely. We can, for example, go to a pub or prepare a pasta salad for the neighbourhood party. However, our freedom stops where its exercise breaks laws or infringes the freedoms of others. Therefore, it does not apply without limits. Freedom does not give anyone the right to light a cigarette in a non-smoking bar or add emetics to the pasta salad to make fun of the suffering of others.

The beauty of civil liberties is that they protect us from government intrusion. They prevent the state from arbitrarily meddling with our lives. These freedoms are part of our fundamental rights and they cannot easily be taken away from us by the government. However, civil liberties are not specific to democratic countries. Dictatorships, such as North Korea, also officially guarantee their citizens civil liberties, such as freedom of expression. Whether these are respected in reality or only apply on paper, however, is another question.

Even though constitutions differ from country to country, freedoms are very similar in traditional democracies. Moreover, almost all countries have ratified international human rights treaties, such as the United Nations Universal Declaration of Human Rights (UDHR). The Charter of Fundamental Rights of the European Union covers fundamental rights and freedoms within the EU. It is always legally binding for EU institutions (such as the European Commission), but for individual EU member states only when EU law is involved.

What has shaped civil liberties in the course of history?

What we take for granted today had to be fought for by our ancestors. Throughout history, people have stood up for their freedoms against those in power. Thanks to the French revolutionaries, the "Declaration of the Rights of the Man and of the Citizen" was adopted in 1789. Women's movements led to women gaining a right to education or to vote.

In Central and Eastern Europe, the year 1989 was a turning point that increased citizens' rights to freedom. In just a few months, communist regimes in Bulgaria, the GDR, Poland, Romania, Czechoslovakia and Hungary were ousted by popular movements. Within a few years, this led to German reunification and the development of democracies and civil liberties in the countries of the former Soviet bloc.

Even though the same liberties apply in most EU member states, the way they are structured and defined in the individual member states' constitutions varies. In this text, we cast an eye on Germany's fundamental rights - the "Grundrechte". These can be found in Articles 1 to 19 of the German Constitution - the "Grundgesetz". The best-known freedoms include the inviolability of human dignity (Article 1(1)), the right to life and physical integrity (Article 2(2)), and freedom of belief and religion (Article 4(1)).

Freedom of assembly (Article 8(1)) means that we as citizens can assemble peacefully, whether in private or in public. We are allowed to protest in the streets and express our opinion, for example, about some law or a public figure. Peaceful protest is a contribution to the culture of public opinion and debate, through which people share their views or express feelings towards the government and its policies. They also help the government to better understand the needs and wishes of its citizens. Finally, peaceful protest is a fundamentally important tool for making the voices of minorities heard within a democracy.

Freedom of association (Article 9(1)) gives us the right to form associations through which we can organise and speak with one voice. Associations can help ensure that politicians take the public's interests into account when making decisions. They allow citizens to express their opinions in different ways, for example by organising demonstrations and petitions, or by making it easier for citizens to contact politicians by phone and email or through campaigning. Associations can also sue the government if they think it is acting unconstitutionally. And incidentally, associations are also good for your health.

Freedom of expression and freedom of the press (Article 5(1)) gives us the right to freely express and broadcast our opinions without fear of censorship or legal consequences. Without freedom of the press, we would not have access to reliable information. Those in power and oligarchs who own large media companies could simply make us believe what they want - which is, unfortunately, the case in Russia today. In a diverse media landscape, we get information from different sources and can thus form our own opinions and make informed decisions, for example when we head to the polls. So it is important to prevent a handful of people from running the majority of media companies. Freedom of expression and freedom of the press also lead to a situation where politicians work more in the interest of the citizens. For example, by reporting well, independent media and investigative journalists force the government to use people' tax money as well and as fairly as possible. One way to ensure that the public can hear different opinions is to require public broadcasters to include people with different viewpoints and backgrounds in their programmes.

When it comes to the protection of data and of our privacy, it is a little more complicated. The German constitution, interestingly, does not feature an article dedicated to freedom from arbitrary interference with our privacy. Instead, our privacy is guaranteed from an interplay of different fundamental rights, namely human dignity, the free development of personality (Article 2(1)), the inviolability of the home (Article 13(1)) and the secrecy of correspondence, post and telecommunications (Article 10,(1)). In the EU Charter, this is much simpler: Article 7 guarantees citizens "the right to respect for their private and family life, their home and their communications".

While our liberties cannot lose their validity from one day to the next without reason, the state may restrict them if it deems it necessary, for example if the security of the state is at risk. In recent years, especially since the beginning of the pandemic, many governments have taken measures that have changed our lives. Sometimes this has been legitimate, but often it has crossed boundaries. Our rights are regularly put to the test.

The right to peaceful assembly is restricted in some countries in the EU. Even in Germany, or rather in North Rhine-Westphalia, a new assembly law was passed in 2021 that could keep some people away from demonstrations because, for example, the police now have the right to film demonstrators with drones. Some governments took the pandemic as an excuse to restrict or temporarily ban citizens' right to protest. It is understandable that new measures have been introduced to contain the pandemic. But this must not be taken too far. A general ban on protests, for example, is a disproportionate measure. In Hungary, however, the government introduced such a ban on protests and threatened massive fines for violations. In Greece, many protests were banned and those that took place often saw excessive police violence and arbitrary arrests. Meanwhile, in Spain, the Constitutional Court ruled late last year that the curfews and assembly bans were unconstitutional.

Similarly, the freedom and diversity of the media are under pressure in many EU countries. In some countries, governments use sophisticated tactics to gain control over the media. For example, they try to gain control of public broadcasting by placing individuals close to the government in strategically valuable positions. Often, they are also supported by a small number of wealthy entrepreneurs who share the same political agenda. These entrepreneurs buy up private media and hound and sue those journalists who report critically on the government.

The limits to intrusion into our private lives are also tested every day. New surveillance technologies could theoretically allow governments to spy on us all the way. Across the EU, journalists, human rights activists and politicians have been spied on using the notorious Pegasus spying software. In June 2021, two laws were passed in the Bundestag that allow all 19 German intelligence services to hack our smartphones and computers with state Trojans, even if we have not committed a crime or are suspected of doing so. These laws were passed despite massive protests and criticism from human rights and data protection associations.

We must not stand idly by while our liberties are attacked. Admittedly, we often feel helpless in the face of these threats. But everyone can do something to protect our freedoms. It is important to be informed and to vote. But what happens between elections is just as important. We can go to demonstrations, sign petitions, join associations and financially support organisations that defend our freedoms. But it all starts with understanding our freedoms, recognising their importance and learning to value them.

We want to live in a society where we can feel free to say and write what we think without fear of punishment or censorship by state authorities. We want to have the right to protest peacefully against laws that go against our interests or the interests of our fellow human beings. We want to be able to participate in political life and make independent decisions about our own and our children's future. Such freedoms and many others are protected by our civil liberties. Our ancestors fought hard for them over many generations, and yet they can also be restricted again. They must therefore be recognised, valued and protected. 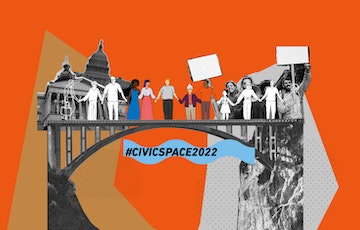 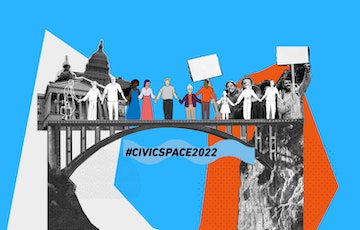 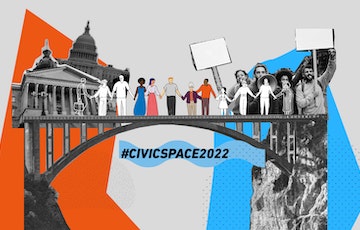