On 28th March 2019, Laura Codruta Kovesi - the former head of Romania's powerful Anti-Corruption Directorate (DNA) who has successfully prosecuted high level Romanian politicians for corruption - has been placed under “judicial control” and prohibited from leaving the country. Kovesi has been investigated for bribery, abuse of office and false testimony. This measure imposed on Kovesi by the new Special Section for Investigating Magistrates (SIIJ) has been seen as an attempt by the governing Social Democrats party to block Kovesi from becoming the European Union’s anti-corruption prosecutor. Kovesi’s candidacy for the Chief Prosecutor for the newly established European Public Prosecutor's Office (EPPO) has been endorsed by the European Parliament. The restrictions on Kovesi come as the negotiations for the head of the European Prosecutor’s Office between the EU Council and the European Parliament entered its final stage on 4th April 2019.

The prosecutor also prohibited Kovesi from talking to the media.

“It is an attempt to shut me up and harass all of us in the justice system who did our jobs properly.”

Members of EU Parliament (MEP) supported Kovesi, stating the Romanian government actions against Kovesi seem to be a "vendetta" targeting her for her anti-state corruption work.

"Romania's attempt to sabotage Laura Codruța Kövesi's candidature is shameful and looks like a vendetta commanded by a Social Democrat leadership that fell under her investigation against corruption.”

On 3rd April 2019, the High Court of Cassation and Justice removed the judicial control measure on Kovesi removing the restriction on her movement.

On 15th April 2019, an investigative journalist, Emilia Șercan, who reports for the local news website PressOne, received death threats through a text message on WhatsApp urging her to stop her investigations or she would suffer. The threatening message that Sercan posted on her Facebook page came at a time when the journalist was investigating plagiarism of doctoral theses at the Police Academy. Sercan said about the threat message "The content of the message suggests that the threat is related to the topics I'm working on now." Following an investigation, the rector of the Police Academy, Adrian Iacob, and pro-rector Mihail Marcoci were found to be responsible for the death threat against Sercan. On 23rd May 2019, the National Anti-corruption Directorate (DNA) charged the rector and the pro-rector of the Police Academy with instigation to blackmail. Both accused officials were dismissed from their jobs and placed under judicial control for 60 days that restrict them from leaving the country without the “prior consent of the competent prosecutor”. The DNA found that both suspects asked a young officer of the Police Academy to send the threatening message.

On 10th May 2019, Reporters Without Borders (RSF) and its Romanian partner, Active Watch urged Romanian authorities to "combat the impunity and climate of violence against the media" and to take similar prompt measures to address other cases of serious abuse against journalists, as they did in the case of Sercan. They also encouraged the authorities to ensure that police officers are trained and made aware of the role of journalists and press freedom.

Smear and harmful speech against CSOs

ActiveWatch launched its yearly report in May 2019, the FreeEx Report (2018-2019) - Press Freedom in Romania. Among the concerns discussed in the 169 pages long report is the use of undermining rhetoric against critical voices by the ruling Social Democratic Party (PSD) members, often describing opponents of the government as being part of a “propaganda”. According to the report, government members and the pro-government press are repeatedly trying to smear and discredit the independent press and CSOs.

The government of Romania has continued to exploit the use of emergency ordinances to adopt controversial amendments of critical legislation through a process that limits public discussions and the civil society participation.

According to the Constitution of Romania (article 115), the emergency ordinance must be used “only in extraordinary situations” when required by the urgency of the situation.

In February and March 2019, the Romanian Government adopted a set of controversial emergency ordinances - Government Emergency Ordinance no. 7/2019 and Government Emergency Ordinance no. 12/2019 – amending the justice sector laws. According to the Venice Commission, a body of the Council of Europe, the amendments include changes in the process of the appointment and dismissal of the top prosecutors, granting the Minister of Justice a decisive role without considering counterbalancing powers; removal of currently serving prosecutors “with reference to the new eligibility criteria, arbitrarily chosen”. Further in April 2019, Romanian Government moved on with another controversial emergency ordinance to change the Penal Code. The amendments to the Penal Code were adopted by the parliament on 24th April 2019, after the justice minister Tudorel Toader refused to promote the emergency ordinances. Concerns have been raised by the international community that the amendments could undermine the judicial independence and the fight against corruption. The amendments to the Penal Code also reportedly forbid public communication related to ongoing investigations and trials. This would restrict the access of information as media reported that it will prevent local media from informing the public about investigations targeting public officials and the charges against them.

On 25th June 2019, the Venice Commission published an Opinion on Romania criticising the emergency ordinances GEO no. 7 and GEO no. 12 amending the laws of justice. The Venice Commission also criticised the Romanian Government for its continued practice of making legislative amendments through emergency ordinances and called on the Romanian authorities to “drastically limit the use of such instruments” and urged that further amendments to the justice laws be made through a normal legislative procedure.

“Fundamental rules of the functioning of key State institutions are changed too quickly and too often, without preparation and consultations, which raises legitimate questions about the soundness of the outcomes and of the real motives behind some of those changes.” And “This practice weakens external checks on the Government, it is contrary to the principle of separation of powers and disturbs legal certainty.”

The government continues to impose legislation that restrict civic space. A new mandatory registration of NGOs required NGOs to register at the tax agency Agenţia Naţională de Administrare Fiscală (ANAF) by 1st April 2019 in order to continue receiving funding. The law enforcing the registration was introduced by an emergency ordinance adopted in December 2018 and entered into force on 20th January 2019. Organisations failing to register by 1st April 2019, may no longer be able to receive donations afterwards. Additional concern among civil society caused the fact that by mid March 2019, the register was not available and was only published after the protestby civil society. According to Oana Gheorghiu, the founder of the charity organisation Give Life the registry is abusive and risks blocking the activity of CSOs.

Pursuant to the rulingof the High Court of Cassation and Justice (Romania’s supreme court), since 13th December 2018 spontaneous protests in front of government and other public buildings are forbidden in Romania and participants to such protests can be sanctioned. The court decision of 15th October 2018 (Decision no. 19/2018 of 15/10/2018) established an obligation of prior declaration (“notification”) of any public assembly, each time they are carried out in open spaces or public roads (public road, carriageway, sidewalk) or other outdoor venues located in the immediate vicinity of the premises or property of legal entities of public or private interest.

The High Court of Cassation and Justice Court of Appeal acted on the request by the Court of Appeal to clarify this matter as lower courts had made different interpretations related to public protests. Anti-government protesters criticised the court’s decision saying that it affects the freedom of speech and the right to protest. 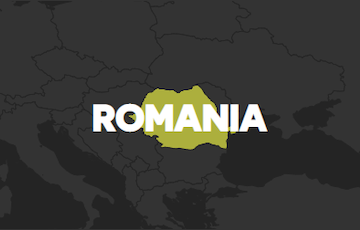