On 25th July 2019, the European Commission referred Hungary to the Court of Justice of the European Union (CJEU) for “legislation that criminalises activities in support of asylum applications and further restricts the right to request asylum”, widely known as the ‘Stop Soros’ act. The law was passed a year ago and includes punishment of up to a year in prison for anyone assisting people to enter Hungary illegally.

Several human rights organisations, among them the Hungarian Helsinki Committee and the Hungarian chapter of Amnesty International welcomed this decision.

“The starvation of those detained in the transit zones, the threats against civil society and the cessation of fair asylum procedures are incompatible with the rule of law. These EU procedures show once again the weaknesses of the Hungarian rule of law, as the regulations in question should not have been adopted at all in the first place, and once they were adopted, should have been annulled by Hungary. Although we are disappointed that none of this had happened in Hungary, this important action by the Commission demonstrates its commitment to protect human rights and civil society.” - Márta Pardavi, co-chair of the Hungarian Helsinki Committee.

While welcoming these developments, Dalma Dojcsák, head of the Political Freedoms Project at Hungarian Civil Liberties Union (HCLU) told CIVICUS Monitor that it should be emphasised that certain laws in Hungary are not about the state regulating certain fields, but rather for political purposes. Through these laws, the government wants to prevent critical voices from becoming too loud. For example, according to the NGO law (which aims to discredit organisations and endanger their financial viability), if an organisation does not register as a foreign-funded NGO, it can, as a last resort, be dissolved. While to date the prosecutor’s office has not taken any action against any NGOs, the lingering threat clearly endangers the civil sector’s ability to fulfil its watchdog function.

According to a non-binding opinion from the advocate general of the European Court of Justice published on 14th January 2020, the restrictions imposed by the Hungarian NGO Law adopted in 2017 breaches EU law.

The law in question requires civil society organisations to register as “organisations receiving support from abroad” if the amount of foreign donations reaches the threshold of about €22,000. If a donation exceeds about €1,500, the donor’s name and value of the donation cannot be held anonymous and must be published on a publicly accessible online platform.

According to Advocate General Manuel Campos Sánchez-Bordona, the restrictions imposed by this law infringe on the right to freedom of association, stigmatise foreign donors and breach rights to privacy and personal data.

This is very promising news for Hungarian civil society. Although opinions from the Advocate General are non-binding, rulings from the European Court of Justice frequently follow the same legal reasoning. The European Commission was responsible for taking Hungary to the ECJ.

“Human rights defenders at HCLU have been convinced from the outset that the Hungarian law, which follows the Russian and Israeli model in stigmatising NGOs, is unlawful. Still, it is very important for us to receive a court ruling. Given the opinion of the Advocate General, it is very likely that this will happen in the near future.”

On 6th July 2019, thousands marched across Budapest, the Hungarian capital, to show their commitment towards equality for the LGBTQIA+ community. The participants of the march were able to walk through the city (almost) without cordons. The Budapest Pride ended peacefully with only minor atrocities.

However, the months preceding and succeeding the Pride march were not as peaceful for the organisers, or for the broader LGBTQIA+ community. Politicians from the governing party repeatedly made derogatory statements about LGBTQIA+ people. Although the last two years of marches were, for the most part, peaceful, unfenced marches, the Budapest Police Headquarters adopted the decision that the 2019 Budapest Pride March can only be held if fully fenced off.

The organisers appealed the decision in collaboration with the Hungarian Civil Liberties Union. The Court ruled that people should be able to join the march at every crossroad. As a consequence, it made no sense for the police to raise fences along the planned route of the march. In the end, counter-demonstrators were cordoned off.

Weeks after the march Coca-Cola Hungary launched a campaign in Budapest featuring posters of same-sex couples. As a reaction, right-wing movements and government MPs called for a boycott of the multinational soft drink producer. In addition, an online petition was launched calling for the removal of the posters and protests were held in front of the US multinational’s premises in Dunaharaszti near Budapest.

According to press reports from early September 2019, Radio Free Europe plans to relaunch its service in Hungary in May 2020 pending U.S. Congress approval.

Radio Free Europe was broadcast to Soviet satellite countries during the Cold War. In 1993, it stopped broadcasting to Hungary because it believed that the country was steadily on the path to becoming free and open. In its report on the plan at hand, the New York Times points out that since the current prime minister Viktor Orbán returned to power in 2010, Hungary’s place in the World Press Freedom Index dropped from 23rd to 87th.

The Centre for Media Pluralism and Media Freedom (CMPF), a research institute co-financed by the European Union, prepared a report on the developments in the Hungarian media market for the European Commission. The report found that every factor influencing the independence and operation of the Hungarian media has deteriorated since the establishment in November 2018 of the Central European Press and Media Foundation (Közép-Európai Sajtó és Média Alapítvány - KESMA), the centralised pro-government media conglomerate.

In early December the conclusions of the joint fact-finding mission of the International Press Institute (IPI), Article 19, the Committee to Protect Journalists (CPJ), the European Centre for Press and Media Freedom (ECPFM), the European Federation of Journalists (EFJ), Free Press Unlimited (FPU) and Reporters Without Borders (RSF) were published. Their report points out:

“Since 2010, the Hungarian government has systematically dismantled media independence, freedom and pluralism, distorted the media market and divided the journalistic community in the country, achieving a degree of media control unprecedented in an EU member state.”

In another concerning development, it is reported that the Ministry of Justice will set up a working group to review censorship exercised by big tech companies such as Facebook and Google. Speaking at a music festival, Justice Minister Judit Varga said that the current situation is problematic because tech companies are “increasingly acting as political and social operators all over the world”. In her view, these companies try to impose the world view of their owners on their users. Facebook, for example, censors certain news related to migration.

Attempts to stifle LGBTQIA+ and critical voices in the media

At the end of November, the Hungarian public broadcaster, MTVA, pulled out of the Eurovision song contest amid speculation that the withdrawal was due to Eurovision’s long association with LGBTQIA+ culture. In 2019, the right-wing populist government made repeated efforts to vilify gay culture and increase hostility towards the LGBTQIA+ community (see assembly above). For example, the speaker of the Hungarian parliament compared same-sex adoption to paedophilia and an MP from the governing Fidesz party called for boycotting Coca Cola for using photographs of a gay couple in an advertising campaign. The Hungarian public media is very closely linked to the government and is instrumental in spreading these messages. Critical media voices are not given any space.

In early December, leaked draft legislation was published by media organisation Reuters. According to this draft legislation, the government plans to set up a National Council for Culture, with the task of “setting priorities and directions to be followed in Hungarian culture”. The minister would need to approve the appointment or sacking of theatre directors at institutions that are jointly funded by the state and municipality. In addition, the bill would further politicise the entire system of cultural funding.

Following this, amid protests on 9th December 2019 a version of the draft legislation was submitted to Parliament - considerably different from the leaked version. For example, the submitted version allowed for the possibility of theatres keeping their independence from the government – if the municipality assumes full financial responsibility for them. On 11th of December 2019, the legislation was passed by Parliament. While this development should certainly be categorised as an instance of “soft repression”, due to the lack of interpretive clarity, it is still unclear how this law will affect critical voices. As a worst case scenario, the new law may starve all critical independent theatres to death. 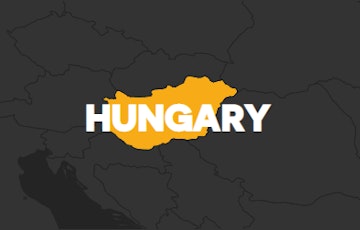 Civicus: Further Erosion Of Media And Academic Freedom in Hungary 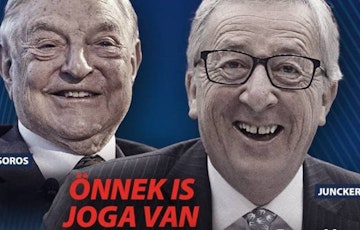