Court Rules against Slovenia in Case of "Erased" Citizens

Do you remember the film "The Terminal," where Tom Hanks plays a citizen of a country that ceased to exist during his flight, causing him to be held in an airport? Such a story happened in Slovenia, and the ECtHR has issued a ruling on the matter.

Before Slovenia regained its independence on June 25, 1991, Mustafa Kurić and seven other complainants held citizenship of SFRY and one of its republics (which was not Slovenia). As citizens of SFRY, they exercised their legal right of residency in Slovenia. They did not, however, apply for citizenship before the designated deadline of December 25, 1991. Because of that, on February 26, 1992, their names were erased from the register of residents.

The number of citizens without the right to reside in Slovenia in 1992 exceeded 25,000. Some of the "erased" left Slovenia on their own, some were deported, while others have acquired the right of residency based on a decision of the Constitutional Court of 1999 and legislative changes of 2010.

The European Court of Human Rights, in a chamber sentence (seven judges) from July 13th, 2010, has decided that Slovenian authorities violated the right for private and family life of the "erased" (Article 8), and failed to provide a procedure that would allow them to claim their rights (Article 13). The case was forwarded to the Court's Grand Chamber, which on 26th of July unanimously upheld the chamber verdict, and also pointed out that discrimination of stateless people did occur. The judges emphasized that the complainants were deprived of a legal status, which had guaranteed them the access to numerous rights - health insurance, right for a pension, social benefits, the right to renew their papers (such as ID cards or driver's licenses). Moreover, they've lost the possibility of legal employment. The Court underscored that ordering the right of residence of SFRY citizens was a required step that should have been taken by the government of Slovenia to avoid the "erasing" to take place, which led to violating Article 8 of the Convention. In spite of legislative changes of 2010, Slovenian authorities failed to repair in a swift and effective manner the consequences caused by erasing names from the register of residents. The complainants have received a compensation of 20,000 euro each. The Court also left the question of damages open, allowing the parties to settle an agreement until June 24, 2013. The judges decided on including the case in a pilot sentence procedure, allowing the Slovenian authorities a year for producing a plan to repair the damage done to the "erased" people.

The pilot sentence procedure is applied to cases involving structural problems, which underlie many cases. When the Court receives several complaints with an identical allegation, it can choose one or some of them for priority handling following the pilot procedure. The Court then faces not only the task of stating a violation of the Convention, but also identifying the underlying systematic problem in providing a government with instructions to resolve it.

As the Slovenian government has failed to provide a plan by the given deadline, the Court has given the claimants damages ranging from 29,000 to 72,000 euro. The judges have also approved the damages procedure produced ad hoc by the government, which allows the "erased" to receive a lump sum of damages paid out each month. The Committee of Ministers of the Council of Europe was designated as an overseer of the execution of the sentence and payment of the damages. A history good enough for a film, which is likely to reoccur as the Crimean crisis happens. 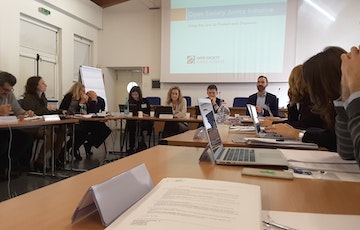 Italian NGOs Learn to Use Strategic Litigation for Social Change 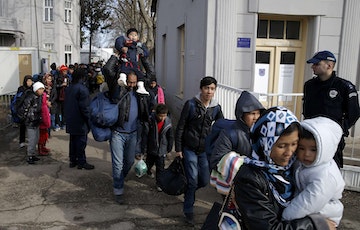 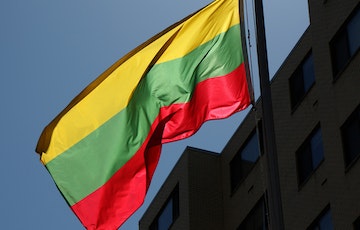