An eagerly awaited EU reform of digital privacy protection (the ePrivacy regulation) which would put an end to unconsented tracking online is under threat now that the position of member states has come to light. Improvements sought by the EU Parliament are at risk of being watered down, potentially rendering the reform toothless.

30 digital and human rights and consumer rights organisations are writing to Members of the European Parliament to express their concerns about the Council’s position and urge the EU Parliament to stand firm. Negotiations between the EU institutions are expected to start in May.

The EU’s General Data Protection Regulation (GDPR) was a major transformation of the online world, but it is incomplete and insufficiently enforced. The ePrivacy Regulation builds on the GDPR by trying to stop commercial surveillance, due to the proliferation of countless cookies tracking their every move.

The regulation would change the cookie wall system that people are tired of. It would also allow people to automate their privacy choices and communicate them to websites and apps through legally binding browser signals, therefore lightening the burden related to countless clicks on privacy policies companies set on every website today. Worryingly, member state governments substantially weakened these improvements, despite an EU-wide poll finding that more than seven in ten internet users were concerned about the data collected about them onlinei and more than one third of consumers had terminated their relationship with at least one business because of privacy concerns.ii

“This is a terrific opportunity to install privacy by default in the online world. Big tech makes big bucks collecting as much data as it can on people when they are online. Yet people are increasingly concerned about how much personal data gets hoovered up when they are online and what happens with it. We have the opportunity to create an internet that better serves users by stopping built in data harvesting and tracing methods. It’s important that the European Parliament realises it can stand up for people, and not defend the interests of the big tech platforms.”

Read the letter we sent to MEPs

The campaign is coordinated by the Civil Liberties Union For Europe, Open Rights Group and Panoptykon.

The letter sent to MEP was endorsed as signatories by: 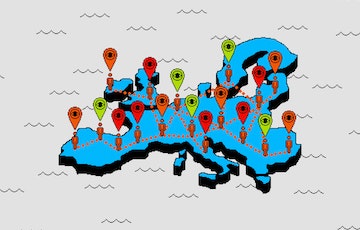