​From Overcrowding to Dirty Mattresses: A Visit to Lampedusa

A year after his first visit, Italy's national guarantor of the rights of people deprived of liberty went back to Lampedusa and uncovered the same intolerable living conditions that he had previously reported.

One year on, nothing has changed

After the suicide of a Tunisian migrant on 5 January and the outbreak of a large fight at the end of the month, Italy's national guarantor for people deprived of liberty, Mauro Palma, visited the hotspot of Lampedusa. The results of this visit were presented at a press conference on 24 January.

During his press conference, Palma said he was extremely concerned to find that, both legally and materially, the situation he found on Lampedusa was exactly the same as one year ago, meaning that none of the recommendations he gave a year ago has been implemented by the authorities.

From the material point of view, Palma found an "intolerable and despicable situation": bathrooms without doors, dirty mattresses that no one would ever use, and extreme overcrowding. Because of the overcrowding, the canteen is used as a dormitory, forcing people to stand or move outside to eat.

This situation is particularly worrisome because of the extended stays of many migrants on Lampedusa. It's not as though they spend two days in such conditions - the longest that it should be - but much longer, up to several months. Moreover, part of the center has been closed since 2011 due to a fire, with no action taken to rebuild the damaged area.

From the legal point of view, it was noted that, unlike other hotspots, migrants can’t leave the centre after their identification unless they walk through holes in the netting that has been put up around the hotspot facility. This raises many questions, ranging from the legal status of the centre to the lack of a judicial control over it.

One positive aspect is represented by workers at the hotspot, who, notwithstanding the difficulties, carry out their work with great professionalism. While on Lampedusa, Palma held a meeting with all of them and was surprised to find out that they had never gathered together as a group to discuss the ongoing issues at the facility.

Palma stressed that it is necessary to stop addressing the situation in Lampedusa as an emergency and to devise new, sustainable solutions. Talks with civil society representatives and volunteers were also important in order to discover their potential and to spot some issues, such as the lack of communication between civil society and the Lampedusa staff, which could be facilitated by the local administration.

The Lampedusa hotspot was but one of three things on Mauro Palma's agenda: he also monitored one return flight to Tunisia and viewed the cells of a police station in Palermo.

The return flight involved 34 Tunisian citizens who were flown back directly from Lampedusa. They were all restrained with plastic handcuffs during the flight, as is standard procedure in these cases. Palma expressed some concern about the routine use of this method of restraint, instead of evaluating the need for restraint on a case-by-case basis, especially as each returnee is anyway escorted by two law enforcement officials.

At the press conference, which took place in Palermo at the office of the regional guarantor of Sicily, Giovanni Fiandaca, an agreement between the two preventive mechanisms was also presented. The agreement aims to enhance their cooperation and define common standards in order to better protect the rights of all people deprived of liberty. 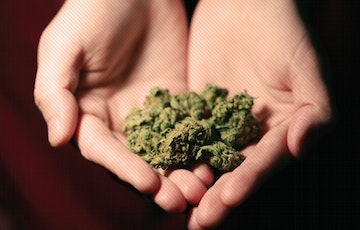