The human rights situation in Lithuania has been mixed over the last two years – although there was stagnation (or even regression) in some areas of human rights, there has been significant progress in others.

Liberties member the Human Rights Monitoring Institute has presented its 2016-2017 Human Rights Review, an overview of the human rights situation in Lithuania.

This review is carried out every two years by a panel of authors (human rights experts) gathered by the Human Rights Monitoring Institute. It covers a wide range of human rights issues: from the results of the efforts against discrimination and violence, to the right to liberty (and deprivation thereof), to the freedom of expression, religion and assembly, as well as the protection of personal data.

In the last two years, the situation in Lithuania has been mixed – although there was stagnation (or even regression) in some areas of human rights, there has been significant progress in others.

One great achievement in the area of freedom of expression was the decriminalization of insults to private persons and public servants back in 2016. This will help ensure that this freedom is not restricted by the potential threat of disproportionate retribution – namely, criminal liability.

Law enforcement agencies began to noticeably pay more attention to the right to liberty of suspects. Pre-trial detention, a measure equivalent to imprisonment pending trial or court judgment, was applied two times less often in the 2016-2017 period when compared to 2015.

For the first time in history, the 2016 Baltic Pride parade, attended by the LGBT+ community and its supporters in Vilnius, was held without any major institutional barriers or pushback from society. Compared to past parades, the event, held for the third time in the city center, became a testament to freedom of assembly, attracting roughly 3,000 participants from Lithuania and abroad.

The situation of transgender individuals remains complicated in Lithuania. Even though the European Court of Human Rights ordered Lithuania to adopt a special law detailing gender reassignment conditions and procedure in the case of L v. Lithuania back in 2007, no changes have happened in the 10 years since.

However, national courts took it upon themselves to solve this problem: in 2017, the Vilnius City District Court ordered the authorities to change the entry for gender in civil status documents, despite the fact that the persons in question had not undergone full gender reassignment surgery.

These judgments are especially important in protecting the transgender community’s right to recognition of sexual identity with regard to their diagnosis of transsexuality.

Stagnation with regard to violence, discrimination, and the right to family life

The relationship between the Catholic Church and the state continued to raise questions about the guarantee of basic human rights and freedoms in Lithuania, especially as regards reproductive rights and the right to family life.

There has been no progress towards the legalization of civil partnerships of homosexual and heterosexual couples over the past two years. Furthermore, the Law on Strengthening the Family was adopted in 2017, emphasizing that family came about as a result of a marriage between a man and a woman, with alternative family models not even seen as families. It seeks to shape Lithuanian family policy exclusively on the basis of the marriage between a man and a woman.

Domestic violence remains a latent issue in Lithuanian society: even though the number of reported cases of violence is increasing every year, the portion of pre-trial investigations actually initiated is much lower. Victim blaming is still prevalent where gender-based violence and sexual harassment are concerned, with the victim being held the cause of violence or harassment. In this case, we need not only institutional co-operation to provide assistance, but also to change social attitudes.

The Committee expressed its concerns regarding the protection against discrimination of women and girls with disabilities, urging Lithuania to better protect people with disabilities from violence or exploitation and to enable individuals to operate in the private and public sectors.

The most important thing: civic activism and defending one’s own rights

With populism on the rise in both Lithuania and the Western world, it would seem that our sphere of personal freedom is shrinking. It is important to not become complacent. Personal freedom is an integral part of human dignity – the foundation of our rights. If we become dull to attempts to limit this freedom, if we begin to view growing restrictions as normal, it would be a great defeat indeed.

The period reviewed in this publication also revealed that society was far from helpless when it came to responding to existing or planned restrictions on human rights: faced with outrage, those in charge dropped their plans for many political solutions aimed at undermining human rights.

As such, it is vital to actively defend our rights and to not be indifferent to attempts to limit our freedoms – in the end, only our discontent and our words will determine how far our freedom goes. 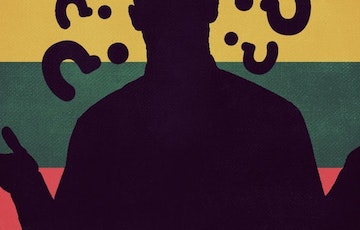 A Mixed Year for Freedom in Lithuania 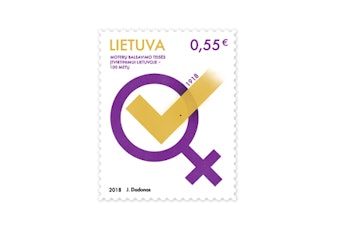 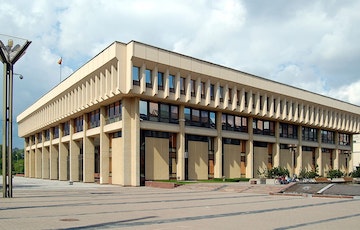