On January 13, 178 people of Polish origin living in conflict areas of Ukraine were evacuated to the military airport in Malbork, Poland. They are currently living in two accommodation centers in the country, but it is unclear what the future holds for them.

"Granting protection to those at risk, who live in the conflict zone, is an action that should be viewed positively," said Jacek Białas, a lawyer for the Helsinki Foundation for Human Rights. "However, it raises a question whether the program would allow evacuees to lead an independent life in Poland."

The evacuees have been accommodated at two centers in the province of Warmia-Masuria, where they can stay up to six months. During this period, the evacuees will be offered professional, language and adaptation courses in order to facilitate their stay in Poland.

"Our experience in working with foreigners shows that in many cases, six months is far too short of a period to learn the basics of the Polish language and to acquire the ability to deal with a foreign environment," said Mr. Białas. The evacuees are being accommodated in an area of high unemployment, which does not increase their chances of integrating into Polish society or finding sources of income.

Minister of Internal Affairs Teresa Piotrowska has appealed to local government agents, institutions, NGOs and individuals to help support the Poles from Donbass. The situation is aggravated by the fact that funds for NGOs offering legal aid for foreigners will end in six months, and it is still unknown if there will be another source of funding for their activities (more information is available here).

While the Polish authorities actively provide protection for persons of Polish origin, they refuse it at the same time for other citizens of Ukraine fleeing armed conflict or residing in the regions annexed by Russia (including Crimean Tatars), and require them to leave Poland. Refusal decisions are justified by the possibility of a secure residence in another part of Ukraine. According to HFHR, however, the difficult situation in Ukraine means that not everyone can take advantage of this opportunity.

The Helsinki Foundation for Human Rights has asked the minister of internal affairs to ensure humane treatment for all those who flee Ukraine for their safety, regardless of ethnicity. 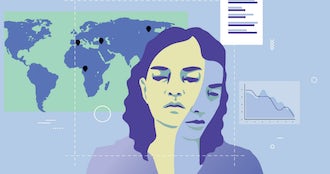