HFHR has submitted a complaint in cassation in the case of Ameer Alkhawlany, an Iraqi citizen and former PhD student in Kraków, who was deported from Poland based on classified information that allegedly called him a “security threat”.

On 30 May 2019, the Supreme Administrative Court (SAC) dismissed the complaint, accepting the reasoning presented by the Provincial Administrative Court in Warsaw and the administrative authorities involved in the expulsion procedure, holding that Mr Alkhawlany’s deportation was based on reasonable grounds (Case No. II OSK 3559/18).

In an earlier case concerning the refusal to grant international protection to Mr. Alkhawlany, the Supreme Administrative Court overturned the appeal judgment of the Warsaw court and the previous administrative decisions, stating that Mr. Alkhawlany’s “security risk” status had been determined incorrectly. At that time, SAC indicated that the application of specific grounds for refusal had not been thoroughly examined. The court pointed out that classified materials indicated that Mr. Alkhawlany posed a threat to the security of the state and society, but did not pose any risk to international relations.

Other cases have gone differently

In another case of a different HFHR client (case no. II OSK 3615/18), SAC reviewed a complaint in cassation concerning the refusal to grant a temporary residence permit. The client, who is the spouse and father of Polish citizens, was leading a family life in Poland. In this case, the Supreme Administrative Court upheld the cassation and overturned the first-instance judgment as well as the relevant decisions of administrative bodies. While giving verbal reasons for the judgment, the court stated that the content of a memo compiled by a security agency did not provide sufficient grounds to treat the foreigner as a security risk.

In both cases, SAC confirmed its line of authority that a foreigner may not be given access to information that serves the basis for issued decisions as long as security considerations are at stake.

HFHR argues CJEU case law not being followed in Poland

According to the HFHR, the standard of conduct in such cases has been defined differently by the case law of the Court of Justice of the European Union, specifically in the judgment in case C-300/11 (ZZ).

“In this case, the CJEU clearly stated that confidential materials may be used, but the individual concerned should be informed of the essential reasons why he or she was identified as a security threat. Sadly, this standard is not followed in Polish domestic proceedings”, says Jacek Białas, an HFHR lawyer representing the complainants in both cases. “The repealing judgment proves that security services may sometimes be mistaken in finding that a given foreigner poses a security risk. On the other hand, foreigners may not be able to take their cases to court, in particular when they are forcibly expelled directly after a decision is issued by an administrative authority. The current law makes such decisions immediately enforceable, which means that a foreigner may be deported even after an appeal has been lodged”, the lawyer explains. 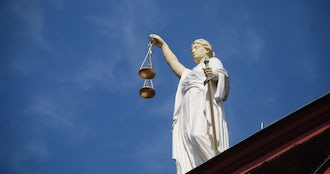 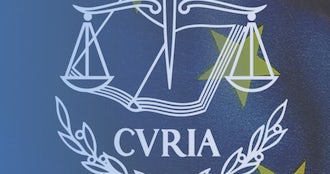