The pact is an opportunity to develop a rational and rights-based asylum and migration policy. Recent cooperation among member states signals the possibility of a fresh start, which should build on the lessons of the recently attempted, and largely failed, reform of the Common European Asylum System (CEAS). However, there is a risk that the pact may include or prepare the groundwork for damaging legislative proposals, in particular what has been termed the “border instrument”.

Some Member States continue to promote the idea of a mandatory border procedure in non-papers and other informal contributions. By extrapolating these documents and debates we can see that the potential border instrument would combine the worst and most controversial elements of the 2016 CEAS reform package, pulling together parts of the Asylum Procedures Regulation, Dublin IV and recast Return Directive.

The procedure would be applied to every person arriving to the EU to seek protection and would lead to a massive expansion of detention centres at the borders. It would be truncated, with many necessary safeguards removed, but would still require the establishment of judicial infrastructure at border centres. It may be combined with new proposals for mandatory safe third country and first country of asylum concepts, which would undermine access to protection in Europe, contribute to containment of refugees in other regions, and jeopardize efforts for a more balanced sharing of responsibility for people who are displaced globally.

Reducing rights and increasing detention cannot be the answer

Introducing mandatory, accelerated border procedures would undermine fair and effective examination of international protection claims. It is unlikely that all refoulement risks could be properly assessed in such a procedure, and many versions of the plan significantly reduce the right to effective remedy. In addition, it will lead to a huge increase in the numbers of people detained, with their detention lasting as long as their asylum and appeal procedures take. Any proposal that reduces access to a fair and efficient asylum procedure should be rejected.

The presentation of border procedures as a silver bullet to address all ailments of the EU’s current asylum system is a fraud. Rather, it will exacerbate many flaws and constitute a replication of the situation we are currently witnessing on the Greek islands. It also reinforces rather than rebalances the disproportionate responsibilities of countries at the borders. While an attempt is being made to buy support through offering “solidarity” measures, such as redistribution of persons whose claims are deemed admissible, this will not compensate for having to introduce and manage large-scale prisons for people arriving to Europe.

Related concerns about the Pact are that it might focus excessively on return. (The EU could hardly be investing more resources into returns than it already does.) This disproportionate focus on return is damaging and counter-productive and often comes at the expense of investing in fair and efficient asylum procedures. The same goes for the continued focus on shifting responsibility for asylum to third countries via informal deals or instrumentalising development assistance for achieving EU migration control objectives.

Seizing the opportunity of the Pact: Focusing on compliance where relevant…

The key to making asylum work in Europe is to increase compliance with existing asylum law, not reform (with the exception of the Dublin III Regulation). Prominent implementation gaps which need to be addressed immediately include: inadequate reception provision, barriers to registration, lack of special procedural guarantees, the “asylum lottery” resulting from poor and inconsistent decision-making, and harmful and inefficient use of Dublin. In addition, the widespread practice of push-backs at European borders must end.

The European Commission should address these gaps by monitoring compliance, evaluating legislation, issuing guidance to support proper implementation and, where relevant, pursuing enforcement and infringement procedures.

… and reform where necessary: Dublin

It is promising that more EU actors are prepared to say that the Dublin system for allocating responsibility has failed. The pact could be a launchpad for a meaningful reform process. The proposed Dublin IV Regulation did not address the key flaw of Dublin: the first country of arrival as default for allocation of responsibility. Therefor, it is not a good basis for a discussion. However, there are multiple proposals for alternatives to Dublin which involve the deeper overhaul of the system which is needed for eventual and meaningful reform. These have to be on the table if a solution which is fair, sustainable and humane is to be found.

In the meantime, the discretion available to Member States in Dublin III means they can make political choices to implement the regulation in a more humane and rights-based way, while mitigating difficulties that arise from the disproportionate division of responsibilities embodied in the system. Simply respecting the hierarchy set out in the Regulation would be a step towards improving the situation for refugees in Europe. First, prioritise family reunification. Second, limit transfer requests, especially when they are doomed to fail, leaving people in limbo and tying up judicial resources. Third, use the discretionary (sovereignty and humanitarian) clauses in the interests of refugees and promote solidarity, through assuming responsibility whenever possible. Other short-term measures can be put in place to deal with the damaging impact of the system, such as relocation and using EU funds in line with the needs of people arriving.

Expanding pathways to the EU and supporting inclusion through rights

With a focus on making asylum work in Europe, the pact should also include a large-scale increase in safe and legal channels so that people fleeing persecution, war and conflict, or who are moving for other reasons, are able to reach safety without having to rely on smugglers. A strong focus on inclusion in Europe, through rights, respect and standardisation is as important as getting asylum systems functioning.

While integration is a national responsibility, there is a role for the EU, namely reviewing the EU Action Plan on the integration of third country nationals is one opportunity, and significant ringfenced funding for inclusion in the next EU budget (MFF 2021-2027). Key rights in relation to which the EU specifically could play a role include the right to work, which should include tackling labour market exploitation, and the right to housing for all to address destitution and homelessness. Addressing the shameful humanitarian crises in Europe, which result from denial of the rights – to housing, to social assistance – of those on the move, would also play a role in addressing public fear related to asylum.

The Process: Developing the pact

Discussions about developing policy and legislative proposals should go beyond ministries of interior to include all relevant ministries, implementing agencies, and civil society broadly understood, in particular refugees and migrants. We support a formal consultation process that involves NGOs as well as businesses, trade unions, local authorities and academia as called for in a joint NGO letter in January 2020.

A pact for Europe starts in Europe

The pact is an opportunity to improve asylum systems in Europe, to greatly expand safe and legal channels, and to mobilise EU support for inclusion. It is a chance for the EU to realise its commitment to the Global Compact on Refugees and the Global Compact for Safe, Orderly and Regular Migration by implementing them in Europe. This means focusing on what is happening inside Europe not on continuing efforts to externalise responsibilities, with deals that undermine the rule of law and human rights, the values on which the EU was founded.

4,000 Children Are Left Without Shelter, Food or Water

September 17, 2020 • by LibertiesEU
Germany agreed to welcome 1,500 refugees after a fire destroyed the Moria migrant camp. 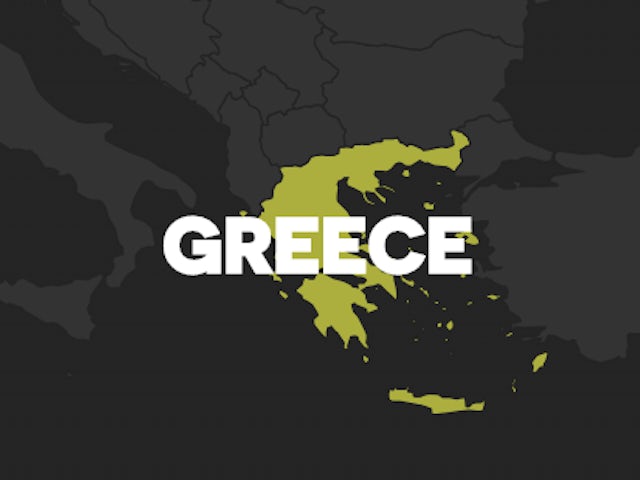 July 16, 2020 • by Orsolya Reich, LibertiesEU
Several civil society organisations, international organisations and legal experts found the new legal developments worrisome. Many believe that the law is yet another politicised attempt to curtail asylum.