The investigation into alleged refugee abuse by a German federal police officer is still ongoing, and it seems his colleagues were aware of it for some time but chose to keep quiet. The incident—and the silence of the officer's colleagues—brings into question the culture of Germany's police force.

The refugee organization PRO ASYL is demanding a criminal prosecution of the tacit accomplices, as it is a criminal offense for police officers to witness abuse of detainees at the hands of a fellow officer without interfering. "The scandal within the scandal is the inaction of the confidants wearing a police uniform," says PRO ASYL.

Why did they keep quiet?

Police officers who hesitate to immediately report offenses committed by their colleagues are guilty of obstruction of justice. According to the German penal code, this is a crime that can be punished with fines or a prison sentence of up to five years.

The scholar Raphael Behr names fear as the main reason for officers' silence. If a myth of solidarity rules a precinct and the motto is "Nothing can get out," there will be problems – more so if a member of the police abuses the power of his position. The scholar Thomas Feltes says that the German police force lacks a culture of constructive criticism. The ideal seems to be a police that does not make mistakes, and since this is impossible, errors are covered up.

Step in the right direction

The federal police have drawn the first conclusions from the scandal: a special complaints office is to be installed to make it possible to take reports from any member of the police force without them having to go through official channels. This is an important first step.

The civil rights organization Humanistische Union has criticized the fact that this complaints office is located inside the federal police offices instead of being independent and that it does not accept complaints by the victims of abuse.

The German Institute for Human Rights additionally proposes the creation of an independent commission or a parliamentary inquiry committee of the German Bundestag for clearing up outstanding accusations of abuse. It claims that according to the human rights conventions that Germany has signed, the country is obliged to do so. 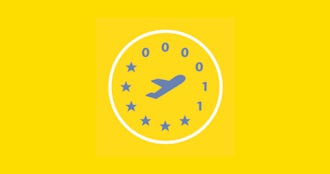