I had a nightmare a couple of days ago. In this nightmare, my shoe size was 47. Forty-seven is a simple fact about the spatial dimensions of your feet, nothing to be ashamed of. Size 47 means that your feet are 29.5 centimeters long. That’s exactly how far light will travel in a vacuum in 1/10162456 of a second. But considering that I am a woman, the nightmare about my shoe size was not a particularly pleasant one, as if there are pleasant nightmares. It was close to impossible to buy adequate-looking high heels for my little brother’s high school graduation. But I managed.

That was not the nightmarish part of the nightmare. That part came when the government passed a law requiring me and my fellow plus-sizers to indicate this simple fact about our anatomy on our Facebook profiles, on our personal webpages and on our official correspondence with state institutions. Soon enough, the government-owned media started to imply that anyone with a shoe size above 46 does not really belong to “us”. “Footies” serve foreign interests. They are actually traitors to the nation. Trolls started to target my mailbox, my business started to fail…. And I woke up.

Only to realize that what is going on in real life in a number of Eastern European countries is not that different to my nightmare. Of course, in real life nobody cares about shoe size. They force human rights and democracy groups to declare another random fact about themselves - the source of their funding - instead.

Allowing a political party to form a government is just like giving the keys of your flat to a cat-sitter. You give her the key so that she visits your cat every day while you are on holiday, feeds him, plays with him for half an hour and leaves. She is not supposed to neuter your cat because she feels that it would just be better for him (or because she enjoys neutering pets), hold house parties and drink your booze. These are all out of the terms of your agreement. When the people give a mandate to their government, they give a mandate to take care of the interests of the people, within the terms set by the constitution and international laws. Naturally, while you are in a relatively good position to see whether your cat-sitter does her job properly, you are less well positioned when it comes to the government. This is where rights and democracy groups come into the picture. They let you and the courts know when the agreement got breached and help those whose rights were infringed. Healthy democracies need rights and democracy groups, just like they need a pluralistic media and an independent court system.

But this is just smoke and mirrors. Do not fall for it. They are not trying to defend you from some mysterious foreign danger. All they want to do is to drink your booze. And maybe neuter your cat.

If you do not buy the bullsh*t authoritarians try to sell you, and you do believe that rights groups are an integral part of a healthy democracy and we badly need them, please consider signing our campaign for a European Freedoms Fund HERE.

THIS BLOGPOST IS PART OF OUR CAMPAIGN FOR A EUROPEAN FREEDOMS FUND. YOU CAN LEARN MORE ABOUT THE FUND AND JOIN THE CAMPAIGN HERE. 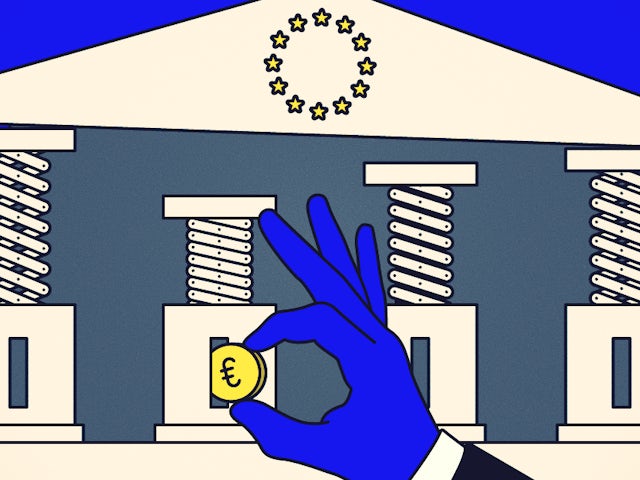 January 17, 2019 • by Israel Butler, LibertiesEU
MEPs just voted on two legislative proposals that could see the EU doing more to protect our rights against encroaching authoritarians. They're both based on ideas outlined by Liberties. Here's what the votes mean and what happens next.​

December 20, 2018 • by LibertiesEU
Members states in the Council agreed on their joint position on the two programs that constitute the EU Justice, rights and values fund as part of the EU's budget for 2021-2027. Minsters approved the fund without amending the earmarks in the Commission...