Populist authoritarian governments are actually one of the greatest threats to women, in part because their platforms are inherently tilted against women’s interests, and because women, despite this, still vote for populist authoritarians in disturbing numbers. In Germany, roughly 9 percent of all women voters supported the far-right AfD, which openly pushes traditional gender roles and uses immigration to fear-monger. In Poland, more women than men voted for the right-wing Law and Justice party in the country's 2015 election.

A main theme of the Survival Guide to Authoritarianism is the need to see through bovine excrement. This is especially true when it comes to the role of women and the family in populist authoritarian platforms. We are force-fed BS about how foreigners and outgroups (LGBTI, minorities and – wait for it – women) threaten the country’s culture and traditional values. This is poppycock, but when we let it dictate how we vote, what we don’t get is a government that makes us safer. What we do get are trivial actions on the security front – they may put up a wall or fence, say – but a lot of action to diminish women’s role in society and encourage “traditional values”.

Populist authoritarians use legislative action (or inaction) to restrict the rights of women and their access to employment. This is perhaps most apparent in efforts to make abortion illegal or more difficult to access – in Poland, we’ve seen a renewed effort, driven by the government and the church, to restrict reproductive rights in the last two years – or by not enacting regulations that provide adequate support for women who want to return to work after giving birth, make childcare accessible, or give them proper legal protections against domestic violence.

Women and gender issues are also used as excuses to further the agendas of populist authoritarians. Consider the so-called burqa bans sweeping Europe. Of course the real thrust of these laws is to “protect European culture” from immigration. But the fact that women are the victims of the law didn’t exactly bother the governments putting them into force (at last count, Belgium, the Netherlands, Austria, Germany, Spain, Italy, Bulgaria, France and Denmark are EU countries with partial or full face-veil bans).

Other actions against women and gender equality seem downright petty. Viktor Orban’s government in Hungary has outlawed the teaching of gender studies in schools in the country. Other counties, most recently Bulgaria, have vacillated over fully enacting the Istanbul Convention, an international agreement that improves protections for women against domestic violence.

Populist authoritarians see comfort and safety in maintaining the traditional values like the family, home and religion (as long as it’s the right one!). And while they have no interest in furthering women’s rights and gender equality, very many women will still vote for them, not because they devalue themselves or don’t care about their rights, but because they are swayed by populist authoritarian arguments that the personal security of women and their families are under threat from “outsiders”. In other words, the country’s “traditional values” do nothing but further entrench gender stereotypes and inequality, but women choose this over the purported threat to their personal safety. But, as we have shown in previous Survival Guide episodes and elsewhere, the argument that families are under threat from foreigners is nonsense.

In fact, supporting women’s rights and gender equality will not only make our societies fairer, it will also make them safer. But this can only happen if we see through the misdirection of authoritarians and make a conscious choice, in everyday life and at the ballot box, to support a truly fair and equal society.

July 31, 2020 • by Julia Betegh, LibertiesEU
Georgiana Gheorghe, executive director of APADOR-CH, expressed her deep concern regarding the lack of clarity surrounding the law on preventing and combating money laundering and terrorist financing, as previously reported by the Monitor. 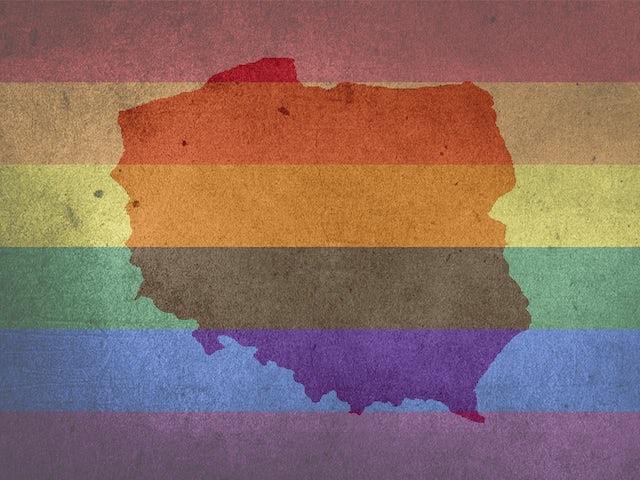 May 09, 2019 • by LibertiesEU
The far-right populist government has manufactured a new enemy: the LGBT community. But as polls show increasing support for same-sex couples, will the government's scapegoating translate into success at the ballot box?