In April 2017 the ECtHR found that Romania was violating human rights in Rezmiveș and others v. Romania, a pilot judgement on overcrowding and poor conditions in prisons. In response, in January 2018, the Romanian Government sent a plan on how to address these issues to the Committee of Ministers of the Council of Europe.

The plan explains how Romania plans, between 2018 and 2024, to modernise 1,351 prison places and to extend prison capacity by 8,095. The Government also committed itself to creating 1,596 new pre-trial detention spaces and to upgrading 187.

The implementation is in its second year and the figures show that the Government has not done much. It created 70 new prison spaces, upgraded 282, and has done nothing in relation to the two prisons it promised to build. In other words, it did less than half of what it promised to do by this time. It also managed to upgrade 147 pre-trial detention places.

At the same time, the prison occupancy rate has remained constant in 2019 at around 111%, although 14,402 detainees were released under the Compensatory Appeal Act from 2017 to 2019. The occupancy rate in pre-trial detention is 55%.

At the same time, while extensive investments have been made in several units, many problems still persist, such as poor hygiene, overcrowded cells, cells without toilets in which inmates have to use buckets at night and have to rely on prison officers goodwill during the day. Also, some basement pre-trial detention facilities lack of natural light and fresh air are also problems. Even though air conditioning has been installed in many places, it often doesn’t work and is no replacement for fresh air. In most cases there is no special medical assistance available for detainees and medical assistance is not always guaranteed. Moreover, psychiatric and psychological assistance is still lacking, even though a significant percentage of the prison population are living with mental health problems. Finally, in most pre-trial detention facilities detainees cannot buy anything and police officers have to get shopping for them, which impacts on their official duties.

In the prison system itself, despite the significant number of detainees who have been released in the past two years, overcrowding continues to exist. The investment in the upgrading of existing facilities or the construction of other such facilities has not been significant enough to visibly improve the situation.

In 2019 measures were taken to make the daily life of detainees better, meaning that the food allowance was doubled from about 74 euro cents per day per detainee 1.48 euros. The value of toiletries made available to detainees was also increased. According to authorities, each detainee cost the state about 107 euros a month, plus the amount representing staff salaries.

With few exceptions, such as the new and modern body of the Giurgiu Prison, problems still exist, as revealed by the visits we carried out at the beginning of 2019. We saw that attempts had been made to rehabilitate the existing premises; the rooms had been improved from an aesthetic point of view, and the third row of the bunk beds had been removed to make rooms appear less crowded.

Problems continue to exist, however, including poor hygiene in many of the rooms and in the facilities for storing food. Toilets were often not functional or too few in number, considering the number of detainees living in a room. Also warm water is only available on a schedule, and there is not enough of it for all the detainees. There is an insufficient number of medical staff. Except for the Galati Prison, all the others facilities we had insufficient medical staff or, as in Miercurea Ciuc, no medical staff at all. As in the pre-trial detention facilities, we found a complete lack of psychiatric staff as well. There was a lack of testing, upon arrival at the prisons, for sexually transmitted diseases, and condoms were not made available. There was a lack of effective qualification programs for detainees to facilitate their reintegration after release. We found there to be an insufficient number of staff to carry out socio-educational activities that most detainees say they need. There were also insufficient jobs for detainees, whether paid or not. This is far from ideal as the Romanian labour market has a shortage of workers, while prisons are full of people who want to work. Bearing this in mind, it would be a good idea for the Ministry of Justice to find solutions together with the Ministry of Labour to link the two segments.

APADOR-CH’s analysis and conclusions of the monitoring visits are available in full, in Romanian, here. 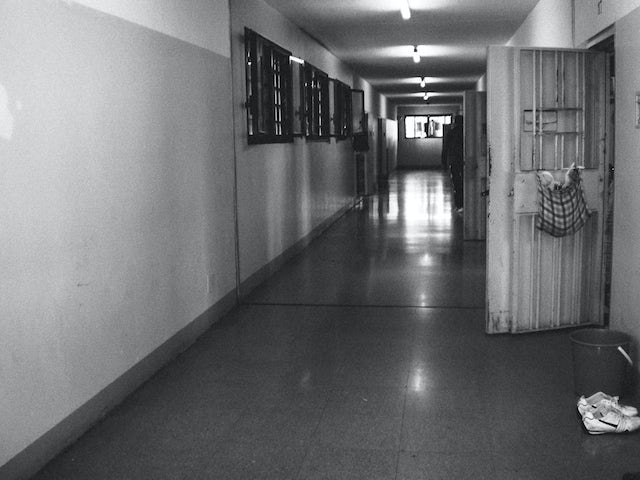 Italian Prisons in a Time of Coronavirus: In Search of a Solution

March 18, 2020 • by Federica Brioschi, Italian Coalition for Civil Liberties and Rights
The penitentiary system is facing a grave situation with the coronavirus pandemic, with protests and riots exploding on 8 March and the Government failing to elaborate a solution to limit the spread of the virus in prisons.