According to media reports, a reporter with the Polsat News channel was attacked in the Białowieża Forest on July 29 by employees of a company performing logging operations in the region. The journalist required medical attention at an area hospital following the beating.

“We urge law enforcement authorities to conduct an effective investigation in order to uncover the details of this case and bring justice to the perpetrators of the attack, in order to guarantee journalists’ safety at work," the Helsinki Foundation for Human Rights (HFHR) said in a statement on the attack released on August 8.

In March 2017, Poland’s environment minister allowed large-scale logging in Białowieża Forest - one of the last and largest remaining primeval forests in Europe. Since then, various protests have been held against the logging, and in June activists blocked logging machines.

At the beginning of July, during the 41st session of the UNESCO World Heritage Committee in Krakow, a decision was made to immediately stop logging in Bialowieża Forest. The same decision announced at the end of July by the European Court of Justice, which issued a ban on logging in Białoweiża Forest until the Court conducts a comprehensive investigation of the case.

However, these decisions were ignored by the government, and the logging machines still work every day in Białoewieża Forest. The situation has become extremely tense between the protesters and the loggers. 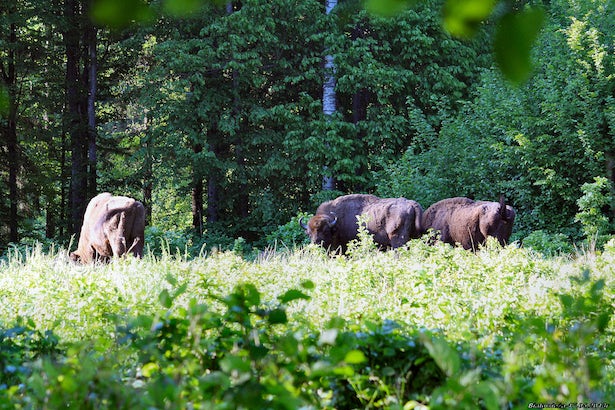 The HFHR emphasizes that an attack against journalists covering a public event drastically interferes with the freedom of speech and threatens, above all, the public’s right to receive information from the news media.

The state therefore has the obligation to protect journalists against threats and accurately investigate all acts of violence targeting members of the media. Crucially, there can be no impunity for perpetrators of crimes against journalists.

In its statement, the HFHR made clear that it would keep track of authorities' progress in this area: "The Helsinki Foundation for Human Rights will monitor any further actions taken by state authorities in response to the attack against the journalist of Polsat News."

The statement on the Białowieża Forest attack is another in the series of official HFHR announcements issued over a short period that discuss the working conditions and safety of journalists. According to the HFHR, the level of safety of journalists covering sensitive public events (e.g. demonstrations or protests) has decreased significantly in recent months.

The HFHR referred to violence targeting public television journalists reporting on street protests close to the Sejm, demonstrations on July 10, 2017, against the commemoration of the Smolensk catastrophe, as well as the restrictions placed on journalists in December 2016.

The HFHR also sent a letter to the chief commissioner of the police about an incident that occurred during a football match between Ruch Chorzów and Goring Łęczna during which police officers disguised themselves as members of the media.

In its August 8 statement, the HFHR once again asks participants of public events to respect the role and tasks of members of the media present during such events. The organization also asks police services to exercise caution in taking any actions that could provoke violence against journalists, but also to take any measures necessary to improve the safety of journalists covering events that present a particular risk to journalists.