Applications cut in half

A key trend unveiled by the statistics is that significantly fewer people seek international protection in Poland. With about 10,000 asylum applications submitted annually in preceding years, the figure recorded in the reported year was 50% lower. According to data for early October 2017, as many as 3,500 out of 5,000 applications were filed by Russian nationals, 94% of whom were Chechens. Another 13% of the applications originated from Ukrainian citizens and further 3% – from Tajikistani nationals.

“The number of applications does not reflect the actual number of persons seeking protection; on average, each application concerned two people. As the statistics show, one half of this number were children,” says Ewa Ostaszewska-Żuk, an attorney working for Liberties member the Helsinki Foundation for Human Rights (HFHR).

It seems that the main reason for the drop in the number of asylum applications was the Border Guard’s practice of refusing to accept applications at the Terespol border crossing station and returning foreigners to Belarus. Prior to 2017, Terespol had been the location where the majority of asylum applications had been submitted. The HFHR has regularly reported on these unacceptable practices, warning that asylum seekers are unlawfully denied access to Poland.

In 2017, only 520 people obtained international protection in Poland, and slightly more than half of them were Ukrainians. Permits for “tolerated stay” or “humanitarian reasons” residence permits were issued to 227 foreign nationals.

Poland: no country for refugees

A high number of foreigners move to countries of Western Europe even as their asylum proceedings are pending. This is a consequence of the meager integration offer for immigrants in Poland and the existence of large diasporas in Western Europe, where foreigners hope to find support. 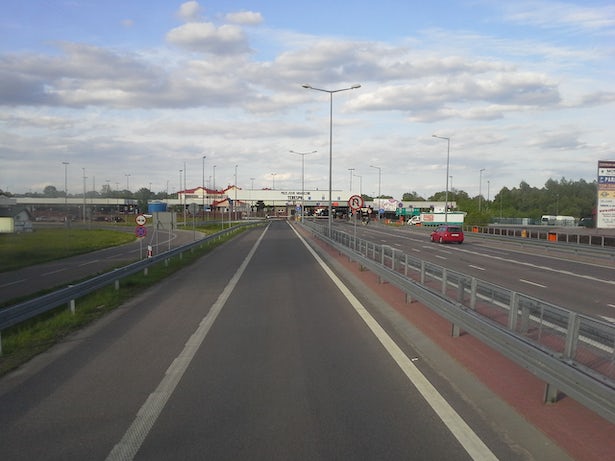 Furthermore, foreigners may be deterred from seeking asylum in Poland by how often applications are considered unfairly. The Helsinki Foundation has handled many cases in which immigration authorities either failed to properly investigate evidence of torture against applicants or disregarded such evidence entirely.

Why Chechens and Tajiks?

Official refugee status is awarded primarily to the victims of political, religious or ethnic persecution, or another form of maltreatment. The law does not require that a person seeking international protection in Poland come from an area affected by an armed conflict.

"Human rights abuses, persecution of political opponents or the use of torture are the grim reality of both Russia (and especially Chechnya) and Tajikistan. That’s why the nationals of those two countries decide to seek protection in Poland," explains Jacek Białas, immigration attorney working with the HFHR.

What is more, nationals of countries of the former USSR are unable to seek protection in Belarus. Russian citizens, including Chechens, are unable to obtain refugee status in Belarus. Furthermore, there have been cases in which Belarusian authorities handed over prospective asylum seekers to Russian secret services. For all these reasons, Belarus cannot be considered a safe country for refugees.

Moreover, there are no legal reasons that would forbid citizens of Russia, Tajikistan or any other country from submitting asylum applications in Poland. No legal provisions, including those of the Geneva Convention on the Status of Refugees, oblige a person to seek protection in the nearest safe country. Any assumption to the contrary would place an unreasonable burden on countries neighbouring conflict zones, which are often already under a heavy strain of refugees.