Last week, 18 years since it began, the Operation Condor (also known as Plan Condor) case finally ended. Thirty-three people had been accused of having a role in a brutal campaign of torture and murder across South America.

On the morning of January 17th, public prosecutor Tiziana Cugini asked for 27 life sentences and one acquittal (some of the 33 accused died during the course of the investigation) for the crime of aggravated multiple murder. That evening, the Assize Court of Rome issued the final judgment: 8 life sentences and 19 acquittals.

What was Operation Condor?

Operation Condor was an agreement during the 1970s and 80s among the governments and intelligence services of the South American military dictatorships of Chili, Paraguay, Uruguay, Brazil, Bolivia and Argentina, all of them repressive regimes that wanted to kill their political opponents.

Their security operatives orchestrated a campaign of persecution, abduction, kidnapping, torture and murder. This was done with the approval of the CIA.

The trial started thanks to pressure from the families of the desaparecidos, and was held in Italy thanks to international law that allows a state to prosecute (also in absentia) people accused of crimes against humanity even if the events took place outside its boundaries. The catch is that there must be a connection between the country that initiates the trial and the crime. In this case, the connection between the crimes and Italy is the fact that some of the victims were Italian citizens.

This is a very important trial, not just from a judicial aspect, but also from a political point of view: in fact, after the Argentina's, it is the second trial in the world that explicitly deals with the former military regimes of South America.

The trial featured hundreds of witnesses, including members from trade unions and the associations of the families coming from Uruguay, Chili, and Bolivia, and from the Italian regions of Emilia Romagna and Calabria.

Those sentenced to life imprisonment were high-ranking officials in their respective countries:

Among the acquitted was Uruguayan Jorge Nestor Troccoli Fernandez, who at the moment resides in Italy and therefore is the only one who was not tried in absentia.

"The sentence brings justice to many desaparecidos who were victims of the South American dictatorships, and adds to the historical record, which until now has been uncovered often with great difficulty," said Patrizio Gonnella, president of the Italian Coalition for Civil Rights and Freedoms (CILD).

Many of the organizations that are members of CILD, such as Progetto Diritti, represented the civil parts and had a fundamental role in this trial. Arturo Salerni, lawyer of Progetto Diritti, commented on the outcome of the judgment:

"The Condor Trial made it possible to continue the research into the past and to seek justice for all the victims of the oppressive regimes, to give a voice to all the families of the disappeared and to affirm that the violations of human rights and of crimes against humanity cannot be hidden forever. Whoever fights for the respect of civil and social rights, knows that there is an indestructible thread between yesterday’s events and the brutalities that today take place in many parts of the world: old and recent desaparecidos."

Many were disappointed by the judgment, however, because even if the high-ranking officials were condemned, the material executors remained unpunished. 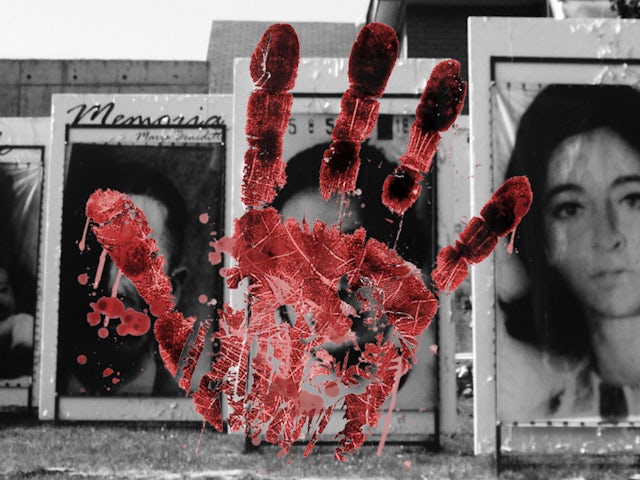