In his autobiography, Interesting Times, Eric Hobsbawm, who was arguably the greatest 20th century historian, wrote, "More history than ever is today being revised and invented by people who do not want the real past, but only a past that suits their purpose. Today is the great age of historical mythology. The defence of history by its professionals is today more urgent in politics than ever. We are needed." Interesting Times was published in 2002, but Hobsbawm’s observation has, if anything, become even more relevant in the past 16 years.

Naturally, there has always been pressure on schools by governments to instill a sense of national community and teach certain values to citizens. In more liberal eras, however, history teachers are encouraged to tell their students that history is always told from someone’s perspective. They are encouraged to tell their students that even the very choices of topics and events to teach are based on fallible and necessarily biased human decisions - and the story they learn at school is not the only story worthy of learning.

Authoritarians have a number of ways to achieve this. First and foremost, they may delimit the number of approved textbooks teachers can choose from to a few, and get those textbooks written by historians strongly identifying with their ideology. Second, they may require teachers to stick to the textbooks during lessons. Third, they may set up national examinations based on those and only those textbooks.

This is dangerous, irrespective of which colours authoritarians may be flying. But when those authoritarians are nationalist, it is positively frightening. You do not need to look far back in the history of Europe to find armed conflicts and genocides fuelled by a sense of national superiority and an unquestioned assumption of having been unfairly treated by surrounding nations in the past.

Hobsbawm is right. We badly need historians telling the public that history is much more complex and many sided than what authoritarians want us to believe. But we need not only professional historians. We need you, too.

Studies show that enduring ideas about national identity are often acquired during primary school. If you want to live in a peaceful and strong multinational Europe where people coming from all sorts of national backgrounds can efficiently cooperate, you need to teach your kids that the very idea of a homogenous nation is not something given by Mother Nature, but a construct that serves a purpose. You need to make them aware different interests within national communities are natural and that it is normal to disagree about past and present events. You need to show them that certain conflicts have historical roots and we, as a nation, have not always been on the morally right side.

And you need to tell them that having questions and a critical attitude is not a sign of betrayal. If anything, it is a sign of real loyalty. 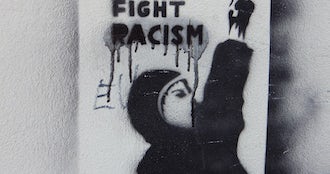 March 21, 2019 • by LibertiesEU
Following last week's deadly attack on two mosques in Christchurch, New Zealand, which left 50 people dead, the country’s Prime Minister, Jacinda Ardern, has called for a global fight to root out racist right-wing ideology. Talking about the rise of ri...
You need to accept Functional Preferences Cookies to see this content.

March 19, 2019 • by Orsolya Reich, LibertiesEU
European elections are approaching fast - make sure you watch our video before it's too late.